As I was listening to Radio 4’s Today programme yesterday, I found myself gritting my teeth in frustration. The subject of black children and their aspirations was being discussed following recent research by Newsnight which shows that 21% of black children feel their skin colour would make it harder to succeed compared with 2% of white children.  Shockingly(!) the white male presenter could not understand the impact of racism, even at such an early age, on young black children’s aspirations.

What the presenter on Today could not fathom was that race could be a critical determinant. He suggested that poor white children face the same issues in terms of aspirations and life chances. There can be no question that poverty has huge impact on life chances. Poverty can be a vicious cycle which feeds into greater levels of exclusion. Children growing up in poverty are more likely to experience food poverty which has a knock-on impact on their ability to perform well in school. Statistics indicate that in the UK, by 16, children receiving free school meals achieve 1.7 grades lower at GCSE than their wealthier peers which impact their earning potential over the course of their lives.

But to disregard the impact of racism on young people, when the structure of racism is so glaring within society, is wilful ignorance. It can come as no surprise that young people feel the colour of their skin will be a barrier. Police forces are up to 28 times more likely to use stop-and-search powers against black people than white people. And the media simply adds fuel to this: black people are disproportionately depicted as dangerous violent criminals.

Black Caribbean pupils are still four times as likely to be permanently excluded from school as White British pupils. There is still a culture of teachers having lower expectations of black children relative to their white or Asian counterparts. At the heart of racism is ignorance and fear, this is what is behind teacher’s expectations of young black people.

It does not help that educational institutions have been found wanting. The discussion on the Today programme suggested that too much was being made of the reports of racism at Oxbridge and universities of a similar stature. This entirely misses the point. Racism will not go away simply if black people pretend that it does not exist. Indeed respectability politics suggests that “playing nice” and “staying quiet” will still not give you equal footing with the white people around the table.

So what can black people do in these circumstances when the structure of racism has already permeated the psyche of young black children? Black parents have to take the lead, we cannot dismantle racism single handedly, the structure is utterly oppressive and repressive but firstly, it must be acknowledged. All ignorance does is add to the alienation of communities including young people.

Providing positive portrayals in literature on the achievements of black people is key; but this is not easily found. A friend of mine was recently trying to find reading books for her three year old daughter and had to undertake the most exhaustive search to find books that reflected her daughter rather than the white blonde image that is the norm in children’s literature. 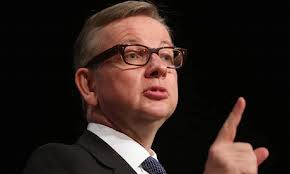 Michael Gove has been hell-bent on white-washing out black people’s achievements as demonstrated by his insistence on removing Mary Seacole from the curriculum. So we have to accept institutions and those in power will either conspire or work in ignorance to not give black people a fair opportunity. The stories must be told elsewhere whilst we lobby for change.

This article by Margarita Aragon perfectly sums up the problems with leaving the teaching of black history to schools: “in education as well as much public discourse there is a greater focus on the experience of and resistance to racism rather than the causes and conditions of its emergence.”

Black people themselves need to be positive role models and use the opportunities provided such as through taking up school governor roles, taking up elected office, acting as mentors to young black people and lobbying local councillors and MP’s on this issue. We only have to look at people like Doreen Lawrence who fought to lay bare the intuitional racism endemic within the Metropolitan Police Service to see how long and hard the fight is and what we are up against.

Racism and racists take silence as our tacit consent and that is what must be fought. There is too much at stake to remain passive bystanders.