It’s been a strange tale of race relations of late. On the one hand, research indicates that one in ten relationships are between people from different ethnic backgrounds. Yet on the other hand, the effects of institutional racism are as potent ever.

It can come as no surprise that we are seeing more people in relationships from a different ethnic background. In cities with a high population density, mixing within diverse communities is very much the norm. In London, the 2011 Census showed that the BAME population outnumbered White British for the first time. Within that, however, there are pockets where there is significant segregation of communities. The groups that are least likely to be in mixed relationships are Bengali and Pakistani. So even within the context of mixed race relationships there are anomalies.

But this is just one small piece of a complex jigsaw.

PC Carol Howard’s case of race and sex discrimination against the Metropolitan Police Service was upheld last week, the employment tribunal ruled that the MPS “directly discriminated” against her. Moreover, it cast a light on the practice of “systematically destroying evidence of sexual and racial discrimination within its ranks”. Officers within the MPS clearly had great difficulty with a black woman in a senior position.

Last week I wrote about the anxiety young black children feel about the opportunities that may be denied to them because of the colour of their skin. Alongside this are the disproportionate rates of stop and search black people are subjected to and evidence of police covering up incidents of discrimination with news that they upheld just 1% of 7,963 public complaints of racism. All this indicates that the structure of racism is far from being dismantled and institutions are resistant to change or robust scrutiny. 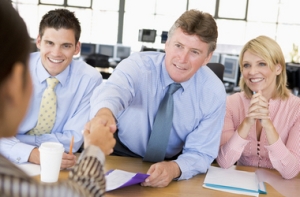 And race matters the higher up you go in institutions. In the civil service, BAME groups make up just 5% of senior level staff. Race matters because institutional racism exists. It matters each time all white panels recruit all white candidates (because people recruit in their own image). It’s no coincidence that the higher you go on the corporate ladder; the more likely it is to be male and pale.

In some respects the increase in relationships between different ethnic groups does not make the slightest difference to white supremacy in society. The latter not only exists but has such a profound and all pervasive impact on society. People may mix, they may marry and have children but what of the structures of racism that prevail?

Carol Howard has felt the impact of white supremacy. The young black children who that know that the colour of their skin will have a profound impact on the opportunities afforded to them have felt the same impact. One wonders about the experiences of children of mixed race relationships, will they experience less racism or will they challenge the very notion of racial supremacy? Regarding the former at least from Glen Chisholm’s account it appears not:

‘Always being told, ‘you look like you’re this race or that’, being asked, ‘do you come from this place’, being called a ‘greasy wop’, or asked if ‘I’m a Maori’; going to America and having people just assume I’m Hispanic, going to Belgium and being hassled by police who thought I was North African.’

There are no easy answers. Much as there are no easy answers to challenging the structure of racism and the all prevailing ideology of white supremacy. Society is indeed in a state of flux but not in any straightforward way. In many respects as people of colour we have much work to do to challenge this hegemony that undermines and threatens us. In this context, the statistics on the increase in mixed race relationships are very much a red herring.