A new ideology has reared its head in our “post racial” century and we have labelled it colour blind. The doctrine rests on the idea that we no longer see colour, just people. We no longer “see” race but may choose to characterise a person by their gender, perhaps even the colour of their hair or eyes but never race. The doctrine’s appeal is that it supposedly counteracts racism. I would contest that opinion. If colourblindness developed out of the desire to be more politically correct then I would say we have in fact become the complete opposite. If colour blindness developed out of a desire to suppress racism then I would say it does nothing but fuel it. 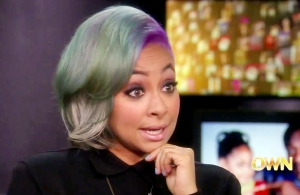 Colourblindness has even started to infiltrate the “coloured” community and again I would have to question the intent behind this trend. The idea that we can redefine our racial identity was thrust into mainstream culture recently when Raven Symone uttered the (rather ambiguous) statement “I’m not African American, I am American…….. I’m an American, and that’s a colorless person.” Her statement received backlash from many who were appalled by what they deemed anti-black rhetoric and although she later attempted to clarify her misdemeanour with another (even more ambiguous) statement “I never said I wasn’t black… I want to make that very clear. I said I am not African-American” the damage to our perceptions of blackness had already been done. Of course the terms African and Black are not synonymous but when we consider that African Americans are classed as black by society, Raven’s denial becomes a racial issue. Her denial feeds into the discussion on colourblindness because if black people do not also “see” colour then victims of racism are no longer classed as victims but troublemakers and the civil rights movement is no longer a just war but a historical embarrassment. Rhetoric like “I’m not black” , or “I’m not African American” invalidate every moment that has ever helped to alleviate discrimination towards people of colour.

A brief discussion of what racism is and is not is needed to fully appreciate the ramifications of the ‘colourblind’ doctrine. As always I reach for my dictionary, where your average Internet user may have picked up their working definition and I am reminded that it is a dense term with many facets to it. The first of the definitions provided by the Oxford dictionary is “the belief that all members of each race possess characteristics, abilities, or qualities specific to that race, especially so as to distinguish it as inferior or superior to another race or races: Prejudice, discrimination, or antagonism directed against someone of a different race based on the belief that one’s own race is superior:” Not quite satisfied with that definition I perused the internet for any additional meanings, found many but settled on one I stumbled across after painstakingly sifting through relevant and irrelevant Google searches: “a policy, system of government, etc, based upon fostering such a doctrine; discrimination and the last one reads “ hatred or intolerance of another race or races.” To unpack this…If racism is an intolerance of other races then surely “colourblindness” as an aversion to racism must be a tolerance of other races? This is demonstrably not the case.

In an AtlantaBlackstar article A.Moore gives some tips on how to respond to your everyday colourblind racist:

‘“People are just people.”  ”I don’t see color.”  ”We’re all just human.”   “Character, not color, is what counts with me.” Colorblindness” negates the cultural values, norms, expectations and life experiences of people of color. Even if an individual white person can ignore a person’s skin color, society does not.

Claiming to be “colorblind” can also be a defense when someone is afraid to discuss racism, especially if the assumption is that all conversation about race or color is racist.  Color consciousness does not equal racism.’

I wonder what we stand to gain by disregarding the things that make us distinctive but altogether equally beautiful? We do not live in a homogenous world and so a total disregard for our differences by champions of colourblindness is wholly unrealistic. Could it be we are eager to proclaim our colour-blindness as a result of fear? but what exactly are we afraid of?

Sandra Kerr OBE says ‘Racial prejudice is often borne out of fear of the unknown, with individuals feeling more ‘comfortable’ with people of similar backgrounds – be it ethnicity or otherwise. This “unconscious bias” affects recruitment of people of an ethnic minority background, and perpetuates a ‘them and us’ way of thinking. It’s well researched that CVs with ethnic minority names are more likely to be rejected in favour of the exact same CV with a more traditional ‘white’ name..’

Any racist accused of being racist can easily utter “I do not see colour.” Advocates for colourblindness have ended up closing their eyes to racism, especially the covert kind. I wonder if these advocates realise that they are in effect eradicating the years of struggle endured by thousands of prominent activists such as Martin Luther King Jr who were not demonstrating for the colour of their skin to be ignored but accepted as equal. If those prominent people did not “see colour” their fight for equal opportunities for black people would not have been a fight at all. Ascribing to the doctrine of colourblindness may end up with our hard won rights being eroded and eventually relegated to the past with our ancestors.

Cristine Edusi is an aspiring solicitor and a freelance writer. She is currently trying to change the world a mind at a time through her blog thepromisciouspen and PenTalk, a series of discussion events that will unpack sociological and economic issues within society. She has a passion for displacing stereotypes, gender relations, emerging markets and personal development. When she is not working on her master plan to become the British equivalent to Ally McBeal, you will find her writing.  She is a graduate of Politics and History and wrote a thesis on the Arab Spring with a particular focus on Yemen.She also recently completed a graduate diploma in law. Find her on Twitter: @iamcroe.

9 thoughts on “The Colourblind Doctrine”