It’s Friday, so chances are that you may be heading out to socialise tonight (or tomorrow). Even if you’re like me, and prefer to spend most of your weekends away from the prospective nightlife of music, dancing and alcohol, there’s no doubt that it makes up a major part of some people’s weekends.

Some of you may even be heading to central London, but beware because the nightclub Libertine, (formerly known as Chinawhites) reputed to be one of the most estimable clubs in London, appears to have an admittance policy akin to Jim Crow-era America. 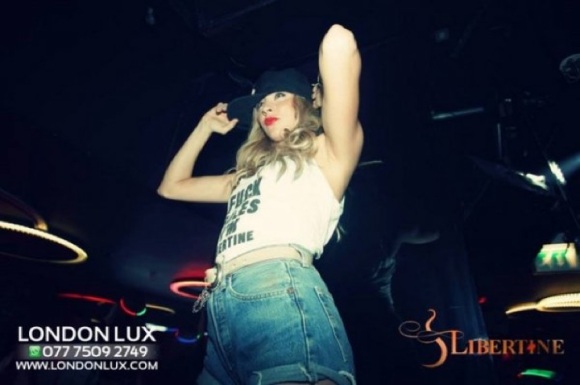 This was initially brought to light by fashion blogger Fisayo Longe, who described her experience at being refused entry to Libertine, with the woman on the door saying to her and her friends, “Not tonight ladies, please step aside.” It was only after repeatedly demanding an explanation that Longe was told by a separate member of staff, “Maybe because you’re black”, as well as, “…probably because you’re not good looking enough.”

It isn’t just Longe who’s had issues with being allowed access to Libertine. User reviews on other websites detail this racist door policy, while a scan of Twitter also produced emetic anecdotes:

Countless reviews about @WeAreLibertine being a racist nightclub. i can confirm this from my own experience.

At the time of writing, Libertine’s response has been telling. They’ve made no comment on the criticism they’ve received online. I also emailed them about their door policy, with their response being, “We obviously do not have an admission policy based on race.”[1]

What’s equally as telling are a recent series of tweets from their Twitter page, the undertone of which stating, “Look, we can’t be racist. We let the odd black person in.” However, these are little more than racism shields. You can’t claim diversity by stating “One is enough”.

While such conduct is truly abhorrent, this is a problem that goes further than one nightclub. Libertine isn’t the only establishment to have been called out for racism in deciding who they let gain access. Indeed, promoters are sometimes advised to allot their guest list places on the basis of race.

You may be of the mindset that this issue can be rectified by eschewing going to these venues, or maybe you’re an introverted person, and would never dream of spending your weekend in a bar or club. But the problem remains that these clubs are a symptom of the systemic racism in this country, that far too many like to tell themselves doesn’t exist[2].

For some, these nightspots function as a much needed social crutch. After working for 35 hours plus during the week, being able to mix with friends – with or without the aid of alcohol and/or music – can be a valuable decompression period. A brief oasis of renewal where the often restrictive nature of 9-to-5 can be cast off, before having to get back on that treadmill on Monday morning.

Go to the website gallery of numerous clubs and bars, and you’ll see a litany of revellers. Many of them women, and most of them white. The image being portrayed isn’t just one of hedonism, but also that their venue should be where you want to go to, because all the pretty people are there.

The pretty people. Which means thin, cisgender, able-bodied and white. It’s not just the bigoted gradient of melanin and violence that’s the issue here, but also that racist beauty standards assert that black women (especially dark-skinned black women) can’t be pretty. Or at least, not too many of them.

It also proves that it doesn’t matter how black people dress in terms of them being treated as human. Respectability never obviates blackness. One can wear the most expensive and stylish attire to some clubs, and it’s still subsumed by racism. The first, last, and only thing the staff on the door see is your race. You can forget V.I.P, when you’re not even seen as a “P”.

It’s important to note that white supremacy has caused blackness to be twinned not only with violence, but with poverty[3]. I’m certain I’m not the only one to try and gain entry to a club or bar, only to be superciliously told of the entry fee, as if that would automatically dissuade me from going in.

The message is clear and simple: we don’t want you here. Just because we play plenty of black music doesn’t mean we want to house black people.

Well, this remains our country, too. All our names are on the list. It’s about time Libertine – and clubs of their ilk – realised that.

[2] – I’m expecting at least one person in the comments to accuse me of “playing the race card”.

[3] – So take the “It’s really all about class” sentiments elsewhere.

A mixed-race film graduate, Shane comes from Jamaican and Mauritian parentage. He has been blogging about sport since 2010 at the website for The Greatest Events in Sporting History. He is also a contributor to ‘Simply Read’, the blogging offshoot of the podcasting network Simply Syndicated. A lover of sport, genre-fiction, and privilege checking, Shane can be found on Twitter, both at @TGEISH and @tokenbg (and yes, the handle does mean what you think it means).

86 thoughts on “London’s clubs where “white is right” and “if you’re black, get back””