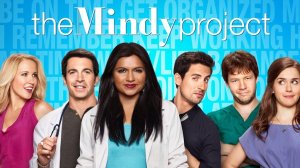 Living in what can sometimes feel like a South Asian feminist echo chamber, we become accustomed to never questioning those we idolize. As a result, years have gone by without Mindy Kaling’s body of work being critically examined within our community. Many black women have made observations of Kaling’s anti-blackness on social media. Shamefully and repeatedly I have also witnessed South Asians jump to Kaling’s defense.

The Mindy Project is a US sitcom aired on Fox which focuses on the life of Mindy Lahiri, a doctor working in an Obstetrics and Gynecology clinic in New York. The show intertwines the staff’s personal and professional lives. Lahiri is the only female doctor at the practice over the first two seasons, and only racialised woman until Season One, Episode 22 where Xosha Roquemore is introduced as Tamra, a nurse at the practice. The sitcom stars its creator, Mindy Kaling, a South Asian woman who has been widely lauded for it.

Using anti-blackness as a tool, the show’s brand of comedy works by centring Lahiri in proximity to whiteness. In any one episode of The Mindy Project I feel myself go through a roller coaster of emotions: amusement, pride, offense and humiliation. I’m especially ashamed that I feel proud to see myself in Mindy. Her struggles are softened by making constant jabs at Tamra. These jabs create a dichotomy: Kaling brings herself to whiteness by furthering herself from the very stereotypical “ghetto humour” white people love to watch, while Tamra’s storylines serve as a constant prop. When Tamra is portrayed as wise and rational it is done for shock value because, obviously, only the Indian woman and her white cast are expected to be reasonable and intellectual.

In addition to starring in the primetime show, Kaling also writes, produces, and directs it, meaning that in Lahiri, for the first time US viewers are finally seeing a nuanced portrayal of a character of South Asian descent. As comedian HariKondabolu noted, we have come a long way from our days eating monkey brain in the beloved Indiana Jones and the Temple of Doom or of having a white guy with a fake accent voice Apu on The Simpsons. In this sense Kaling and her work are noteworthy; however, on examination of the show it becomes clear that this success comes at a price, with classism, anti-blackness and anti-immigration commentary among the punchlines.

In one episode, Lahiri says “you know what encourages sex? Alcohol, hotness, black music.”[1] Whilst Kaling gets a pass for anti-black comments such as these, Bill O’Reilly, who made a bold statement about Beyonce’s music supposedly encouraging teen pregnancy among young African American women doesn’t. Why? Kaling’s dialogue for Lahiri may not be as harmful or spitefully intentioned as O’Reilly’s comment, but I do want to tease out why it gets pardoned. In an interview with Charlie Rose, Lahiri speaks about what she can get away with:

“Because if I was being played by, frankly, a thin, beautiful, blonde woman, you might find it incredibly insufferable. But I have the trappings of a marginalised person and when that person is like decisively saying sort of conservative things and all over the map things.”

With that said, I worry that some of the most offensive lines in the show are written with the explicit knowledge that a woman of colour saying them makes them “acceptable”, which clearly is not the case.

With the show’s portrayal of Tamra, the only other recurring woman of colour on the show for two seasons, a South Asian history of anti-blackness is reinforced instead of challenged. It is not a coincidence that middle South Asians are portrayed in certain ways compared to our black peers, “bring in brown in bring black down” is rehashed to appease a white supremacist paradigm.

South Asians in the US benefit from privilege over our black peers in that the vast majority of us arrived as economic migrants. Many, particularly those of Indian descent, either arrived with or have achieved middle class status.

Kaling deploys African American Vernacular English (AAVE) as a ‘cute and quirky’ personality trait of Casey, a white Christian Minister. By using this manner of speaking as a prop she is complicit in anti-blackness. And it’s not just a problem when white characters use AAVE, the same is true of non-black characters of colour: for example, Aziz Ansari’s portrayal of Tom Haverford in Parks and Recreation.

When people of South Asian descent in the USA use AAVE, they do not relinquish their proximity to whiteness. Recent discourses suggest that some South Asians have been integrated alongside East Asian communities[2] into the “model minority” ideal. This means we can often escape the negative connotations attached to AAVE when spoken by black communities.

At the same time, whilst characters like Tom Haverford and Mindy Lahiri feed into the model minority myth, they also show white Hollywood a willingness for people of colour to appropriate and erase parts of our existence to fit in as a caricature of ourselves.

Of course, as a woman of South Asian descent, Kaling does face criticism that her counterpart Lena Dunham would never face.While this doesn’t mean she should get a pass for The Mindy Project, it should be acknowledged. For example, within days of Kaling’s show premiering, the commentary around it was already different to that which accompanied Dunham’s show, Girls. Dunham was heralded for writing and playing a character not traditionally seen on television. On the other hand Kaling faced an onslaught of criticism, dubbing Lahiri insufferable and smug, with one writer even dedicating a whole article to insulting Kaling entitled Mindy Kaling is the Human Equivalent of a Retweeted Compliment. Kaling, like Dunham, enjoys numerous privileges; she had an affluent upbringing, and presents as heterosexual and cisgendered; however, unlike her white counterpart, she faces criticism unique to her embodiment. Perhaps a redeeming quality is that Kaling’s writing of her own South Asian character is not the usual constant Asian punchline. Whilst Dunham was praised for her ‘relatable’ character, Kaling was viewed as unrelatable. Both painted portraits of independent women through their shows, and it seems Kaling’s was deprived of similar praise perhaps because women of colour in powerful leading roles are an anomaly and unrelatable to the default white masses.

She is not even necessarily aiding all brown embodiment. In the pilot episode, after Kaling is done with a patient, she laments to her secretary:

“Do you care about my career and want me to succeed?” she yells. “Then why are you sending me non-English-speaking pregnant immigrants with no health insurance? With literally like burqas and stuff?”

Beyond the fact that the patient was wearing a hijab which is not a burqa, Kaling does not challenge stereotypes of any South Asian religion and makes another Islamaphobic jab in a later episode. Being brown does not mean this is acceptable, being on one margin does not permit disingenuous microaggressions.

As a South Asian and a feminist, I have grown up in North America struggling with a double consciousness in western society, of wanting to see people who look like me succeed but also constantly learning about how we have been indoctrinated to be a model minority, often at the expense of black dignity.

Enabling entertainment in the form of stagnant anti-black “diversity” might be good for Kaling and others willing to use the same tools, but it remains harmful for black communities, and in that they’re also shooting themselves in the foot. Ultimately this brand of diversity fails to challenge white supremacy which harms all raclialised peoples.

Proximity to whiteness as a brand of diversity will continue to pass in our communities if not interrogated. Being proud of Kaling and others without simultaneously being critical is to be complicit in limiting the potential of what diversity with an anti-racist, intersectional, and radical lens can be.

[2] During the Civil Rights Movement Asian Americans were propped up by white Americans as examples leveraged towards Black Americans, insinuating that if they were to accept systematic racism and access formal education they too would succeed.

Nashwa Khan is currently living and learning in the Greater Toronto Area. She is an avid storyteller and lover of narrative medicine and public health education. Feel free to tweet her at @nashwakay or find her at nashwakhan or thefeministburrito

This article was edited by Henna Butt

You can find out more and support Bare Lit Festival 2016, giving authors and poets of colour the platform and visibility they deserve here

22 thoughts on ““Nope, You Really Can’t Say That”: My Love/Hate Relationship with The Mindy Project”