As “Diversity” reaches its final commodified form, with panel events, multiple op-eds and speeches by politicans that ring hollow, Shane Thomas argues that the focus should not be on the lack of people of colour, but rather on interrogating whiteness

Diversity. One of those idioms that’s been widely established as a good thing. Like “world peace”, or “green energy”. However, this appeal remains superficial, with only society’s powerful having the option to implement it; an option they often refuse to enact.

Kavita Bhanot wrote about this at the end of last year, saying we needed to “decolonise not diversify”. The issue remains a perennial part of our news cycle, with David Cameron – probably after being reminded by his Chief of Staff that he needed to try and offset his recent statements about migrants – stating his displeasure with the lack of opportunities for people of colour in British society[1].

Kavita’s piece was outstanding, but my quarrel isn’t with the idea of diversity, it’s with the defenestration of the concept. Much like American confectionery, the best thing about diversity is the packaging. While, by definition, it should be intersectionality’s natural comate, diversity has become an emaciated term for talking about race (or gender that centres cis white women). Often disability, sexuality, or gender identity (among other axes of oppression) get left by the roadside.

If one were to do a straw poll, how many could explain why diversity is important? How can David Cameron – among others – espouse its benefits without justifying it beyond inchoate notions such as tolerance or British values? Diversity isn’t the first thing that’s been misused due to a lack of lucid understanding, and such imprecision leaves it open to manipulation by the most privileged, causing it to regress into an exercise in public relations.

Established institutions aren’t saying they want diversity. At best, they’re saying they won’t go out of their way to prevent it, as long as they don’t have to actually do anything. Often saying they value diversity means, “Look. We’ve got a BME person. Now stop bothering us about it, so we can focus on important things like making money.” It puts one in mind of the Langston Hughes poem, Impasse: “I could tell you/If I wanted to/What makes me/What I am/But I don’t/Really want to/And you don’t/Give a damn.” 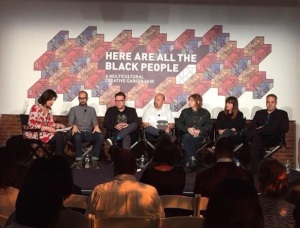 We shouldn’t be looking only at the dearth of influential PoC. We should be looking at the preponderance of whiteness. Rather than shielding yourself behind how many PoC your company has, better to scrutinise why you have so many white people.

Diversity should be a remedy, but it’s often little more than a nostrum, because the dominant culture is only willing to tweak an approach that ostensibly works. It’s true that many are genuinely confused and affronted when this topic is raised – “The system works, doesn’t it? If it didn’t, surely we would have changed it by now?”

Another favourite rejoinder is that one’s identity is incidental, and talent should be the only consideration. A demand for special treatment, and an aversion to hard work is the only problem here, right?

Such myopia is as commonplace as it is asinine, and illustrates the limits of diversity when the most privileged refuse to accept complicity, such as the erroneous and unspoken assumption that diversity produces a dilution in acumen.

Variegated representation, however, isn’t a corrective. Plenty who live under oppression are only concerned with evading society’s malign sting, rather than trying to remove the sting altogether. As Anele Nzimande said: “Because you wanted to create robots who are compliant, who keep the machinery working, the same sort of knowledge production”, while Panashe Chigumadzi added; “I call it the “add blacks and stir” model. Stir, while continuing with the same structure, same rules.”

Even when we see an equitable racial mix, it can result in impedance from those in power. It promotes conflict as well as progress. And the endgame should be co-operation rather than discord. However, the source of this discord isn’t online rancour, boycotting the Oscars, or #RhodesMustFall. It’s white supremacy. Diversity – instead of being an agent of change – is the dominant culture’s favourite remix; adding a couple of new instruments to give the false impression of a new song.

From the always essential Black Girl Dangerous site, Chanelle Adams opined; “I want a diversity that does more than change the faces that surround us from white to Brown and Black, but also demands issues that affect our communities are brought to the forefront.” And when MD Experts, No Fly on the Wall, Novara Media, Gal-Dem, Consented, The Queerness, and Ain’t I A Woman Collective[2] exist, the established press are fresh out of legitimate excuses to ignore us.

Cheaper to diversify your staff than deal with the inevitable fallout from that inevitable racist headline you'll one day post.

A world assembled on systems of dominance and abuse didn’t plan for diversity, and the disquiet can only begin to cease when those in charge accept their role in removing disparities. Thinking of hiring a woman of colour? A trans person? A disabled person? Don’t. Don’t hire one. Start by hiring three, at least. And race, gender, or sexuality aren’t partitioned categories. They are commingled elements of our citizens, and of our country.

It’s ironic how some like to talk about the disenfranchised being afraid of hard work, when getting yourself a token is incredibly lazy praxis. Yale University professor, John Dovidio said; “If you value something, it’s the outcome that matters. If you want diversity in the workplace, you have to fight for it.” Kyriarchy is one of society’s most difficult equations to solve. And like any maths problem, you can’t answer it sufficiently without showing your working.

I’ve written before about the positionality of Britain’s PoC as the ethnic icing on a white cake. Well, the icing isn’t enough. We need to be all the ingredients: the eggs; the flour; the milk; it’s not about letting us have some cake, too. It’s about us being part of the cake. The focus shouldn’t be on including blackness, but changing whiteness.

[1] – While omitting how his own party have mediated with PoC.

[2] – I’m sure I’ve missed some worthy organisations out. Please feel free to add them in the comments.

“Two Weeks Notice” is Shane Thomas’s bi-monthly column encompassing. Shane can be found on Twitter, both at @TGEISH and @tokenbg (and yes, the handle does mean what you think it means).

If you enjoyed reading this article, help us continue to provide more! Media Diversified is 100% reader-funded – you can support us via Patreon here or subscribe for as little as £2 per month here

7 thoughts on “Diversity is Dead, and Whiteness Killed It” 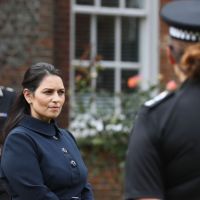 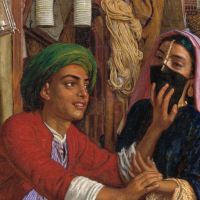