Institutions can never satisfactorily deal with confronting colonialism’s past and present.
That is a fact.
They never go far enough.
There is never any real denouncement, never any sincere apology, or rather, confrontation of the subject.

I went to see Artist and Empire with some brown friends and we were loud and obnoxious.
We sniggered at maps and blurbs.
We took pictures in front of the guards, then eyeballed them when they said ‘no photos’.
We swore loudly on the phone with no respect.
We bitched about goreh in front of them.
It was fun.

Because ultimately, this was just a really nice collection of artefacts.
I can’t slag it off for this. I knew that walking in.

It was a museum-type-ting, but Hito Steyerl taught me that the Museum truly is a battlefield. Museums are treasure troves of stolen property from colonial conquest. It’s the nature of the form.
If colonialism never happened, the British Museum would be practically empty except for those dry Celtic pots and one Viking helmet some poor Olaf forgot. 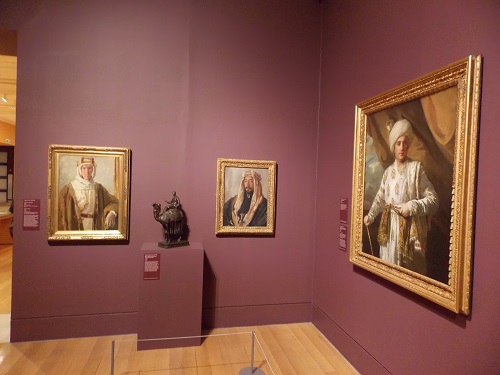 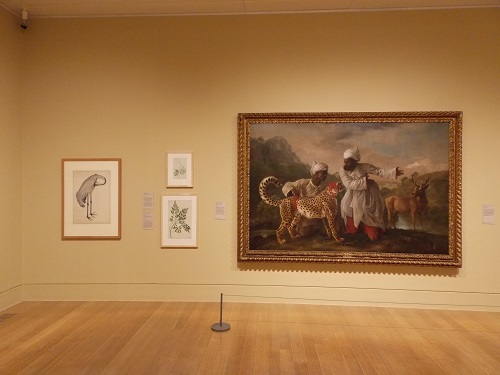 Institutions are ill-equipped to deal with criticism of colonialism’s history because they are still right up against it, nose pressed to the glass, grubby hands leaving sweaty smears on the trophy case.
In this case, the Tate Britain’s special focus on the British Raj and the glaring absence of their own role in the sugar trade and slavery did nothing but make me feel hollow and drained. When I went home, my skin was dry and chapped from the physical toll institutions have on me and my skin. I had to moisturise twice, drink sum ginger chai. Plop on a Haldi and yoghurt face mask. Strip it from my mind.

I thought this show would be like this, and I’m not even mad, because I saw it coming and when it came I wasn’t disappointed.

It makes me so sad to think that brown or black people might go to this show thinking ‘how progressive and good of them!’, spend £13 and walk round only for it to slowly creep up on you all at once, again and again as it always does: institutions are not here for us. They hold our hands sometimes and whisper sweetly in our ear “i luv u babes, ur so beautiful. I want ur mind, body and soul xoxo” but that’s just a momentary flare of desire. They don’t want you for you, they just want you for your body (of work). They want to put you on display along with all the other things. They want to gloss over this cluster-fuck of issues with soothing wall blurbs that nod insincerely at the issues but don’t change anything.

I’m sick SICK SICKof half-measures. I’m sick of consistently being put in this position where i know there’s a problem but can’t quite put my finger on it, can’t quite catch it but feel it’s tail fur brush up against my finger tips but at the last minute it slips from my grasp. It dries out my skin when structures nod at problems but then move on, when the problems are insidious and slippery so you feel like you’re just angry or overly-sensitive. You convince yourself that it’s just that time of the month. You say “well I had a nice day anyway so it doesn’t matter tbh”.

I don’t want to look at these paintings from-back-when then have to move into a section at the end that tries to convince me it’s all over now, that things are fixed, black, brown artists are dealing with it.

They haven’t got it.
They’ve missed the point.
They never could get it, the point was so far beyond them.
There’s nothing they could have done that would change my mind about this.
It’s beyond fixing.
I was always going to write this review in exactly this way with exactly these words.
There’s no changing it.
It will always be this way.

p.s. hello lovers,
After posting this on The White Pube, I had the stellar idea to read some reviews of the exhibition written by more conventional (white), established (male) critics. We saw the Guardian review by Jonathan Jones and we had a fREAKIN HOOT.

Highlights included him telling us with what I can ONLY DESCRIBE as TEXTUAL RAPTURE that empire is brought ‘back to life’, as the genius Tate makes it a physical reality, such that you can almost smell and feel it.

And I want to address this.

Because we need to de-colonise and reconstruct not only the institutions that place art on display, but also the institution of critique itself. We need to get better at talking about this. We need to ceremonially expel Jonathan Jones and his colonial apologism from the country once and for all. He is a symptom of a systemic problem. We can’t be happy with half measures. We must demand more. We must call out the institutions that are too lazy; whether that’s too lazy to properly dismantle and unpack representations of the colonial subject in the past and present, or whether that’s too lazy to properly inhabit a critical state that considers whether it is enough just to re-present things for a white middle-class audience.

The show did not, bY aNy MeAnS, bring empire to life in a format that served as sincere or even anything other than ‘we’re here to play devil’s advocate lol’.

It was Colonialism Lite (TM).
It was gentrified.

It was inconsiderate of the fact that Empire is a genuine historical fact that sometimes people forget was a bad thing, that sometimes people gloss over and brush under the carpet, that they refuse to acknowledge as a factor in current global problems, that the show should have been more than: ‘this happened. I SWEAR IT’S BETTER NOW.’ because it isn’t better now.

The one tiny room of contemporary art by powerhouses of excellence like Sonia Boyce and Hew Locke at the end didn’t disrupt the distinct tone of ambivalence.
I truly believe that it is through discourse and education that change occurs, from the roots up change will come. It is the responsibility of the Tate to carry that weight with sincerity. It is a duty, not a compulsion.

Sort ur shit ouT MAN.

This article was originally published at The White Pube here

The White Pube is Zarina Muhammad and Gabrielle de la Puente, and it is art criticism for the modern thot. We are Critic baby-gods. We picked The White Cube’s old man pube and made something special out of it. We are self-aggrandising and have legitimised our respective working class / WOC voices, together. To be perfectly honest, we really enjoy our own belligerence. We summarise shows in 3 emojis, and we focus on subjective gut-feelings in relation to criticism as an intellectualised objectivity. We have the best of both worlds. (Zarina Muhammad wrote these words, she especially doesn’t care if she sounds belligerent.) Follow us on Twitter @thewhitepube and Instagram at thewhitepube. Read our work at www.thewhitepube.co.uk