Easter celebrates the resurrection of Christ. But Theresa May’s Easter message displayed another type of resurrection, that of a nationalism which reeks of Empire, colonialism, and religious superiority. 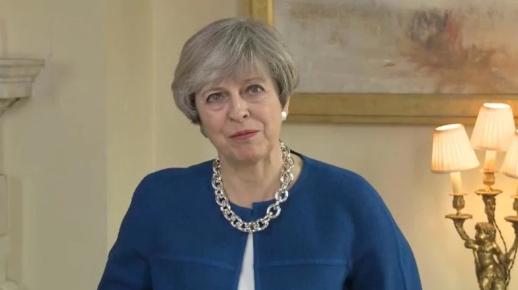 The Prime Minister spoke of the role that Christian values have to play in British society. Yet, Christian values, just like any other value system, can be twisted and distorted to suit any interests of the time.  Historically, Christian values have been used to justify colonialism and slavery.  The division between Christian and non-Christian was paralleled by a division between civilised and uncivilised, cultured and savage, good and evil. Bringing Christianity – that is ‘civilisation’ – to the colonies was seen, and continues to be seen by many, as a charitable project to help those in need.

Of course, the reality of the situation was that this rhetoric of Christian values was used to justify exploitation and genocide more so than spreading ‘unconditional love’.  In fact, biblical readings – particularly the Curse of Ham in the Book of Genesis – were used to justify the slave trade. There is nothing inherently superior, nor charitable, about Christian values, so long as the people enforcing them are doing so for particular political and economic projects.

It is in this light that we have to be highly suspicious of May’s message of ‘shared values’ and ‘community’.  When May speaks of the Christian values she learned growing up at a vicarage – compassion, community, citizenship, and a mutual obligation to one another – she claims these values are lived by Christians, before taking a pause and adding a verbal footnote ‘as well as by people of other faiths, or none’.

May’s carefully crafted message could be described as ‘dog collar whistle’ politics in action, which while dodging any accusations of Christian supremacy, will fall pleasantly on the ears of those who wrongly feel Christian (or white) hegemony is being undermined by a modern diverse Britain.

Similarly, May speaks of the principle that people must have the freedom to speak about their faith, adding ‘and that absolutely includes their faith in Christ’, as if Christianity is becoming a marginalised religion within Britain.  Read this way, May’s comment that Christian values ‘can, and must, bring us together’ sounds more like a threat to assimilate, or else.  The underlying message is that Christian values are compulsory in order to be British, despite May’s regularly praising the nation’s diverse makeup.

This isn’t the only contradiction that runs through May’s Easter address. Praising those who work with Britain’s sick and needy while systematically bringing down the NHS, the aid workers in war-torn parts of the world in which Britain has been complicit or actively involved in destructing, and Britain’s ‘strong tradition’ of religious freedom and tolerance while remaining silent in the face of Trump’s Muslim ban.  While claiming that debates over Brexit have apparently ‘led to a sense of people coming together’, May speaks of the need to allow religious minorities to practise their faith in peace and safety, rather than secrecy and fear.

You can only assume she is referring to Christians, as the freedom for Muslims to express

their faith has only further come under attack over the past year. There has been an increase in Islamophobic attacks fuelled by anti-immigrant sentiment following the Brexit vote and stereotyping in the light of recent terrorist attacks. Given that the Prevent programme sees mosques as a key target for anti-terrorism measures, it’s very difficult to see how mosques offer a safe and peaceful space for worship at all. The fact that the UN special rapporteur and human rights groups have voiced strong concerns over the implementation of Prevent shows how it is used more as a Muslim watch group than serious piece of anti-terrorist legislation.  The state is more concerned with people casting suspicion over Muslims rather than their ability to freely practise their faith. Indeed, this state-propagated suspicion of Muslims has been used to justify key government legislation, including the Snooper’s Charter. The Charter violates the privacy of its citizens through allowing the government unrestricted access to people’s internet usage and conversations, extending the surveillance of Muslims into the sanctity of their own homes.   May’s nostalgia and optimism of Britain’s ‘proud history and bright future’ must be an adrenalin-fuelled side-effect of the recent discussion of Empire 2.0.  While May is right in saying that shared values can bring us together, there needs to be a widespread agreement that Britain is not coming together and has never been unified – as most of us non-white-British, non-Christians will tell you.  So long as those at the top of Britain’s political order continue to promote Christian, ‘British’ values over others, we won’t make any steps forward in bringing this society together.

Ali Meghji is a PhD student in sociology at the University of Cambridge. His research looks at how racism affects the black middle-class. He is also interested in issues surrounding race and racism more generally. Twitter: @alim1213

If you like what Media Diversified does, subscribe and help us do more. We are fiercely independent and your support helps us stay that way. For as little as £5 per month (or via our Patreon) you can help guarantee we are always here to help give voice to the underrepresented.