Sunny Singh takes a look at the entries for the first year of our prize for writers of colour, finding the industry is missing more than one trick

The first year of the Jhalak Prize has gone off smoothly albeit not soundlessly. The prize administrators have also now had enough time to consider the number, range, and variety of submissions.

The Jhalak Prize has been deliberately founded to be as inclusive as possible. There no fees or expenses related to submission, shortlisting or winning the prize, and books may be submitted by publishers, agents and/or authors as long as they have been published in the UK during the calendar year and written by a UK-based writer of colour. These include (and are not be limited to) fiction, non-fiction, short story, graphic novel, poetry, children’s books, YA, teen and all genres. The prize is also open to self-published writers.

The criteria are intended to encourage as many entries as possible, not only to celebrate literary output by writers of colour but also to start creating a sense of what is/is not being published. The Writing the Future report in 2015 and the Bookseller’s follow-up in November 2016 were frustrating (and perhaps frustrated) by a lack of clear statistics: publishers seem not to collate or consider this data. Given the lack of data from publishers, both reports relied on alternative methods. The information gleaned from the inaugural Jhalak Prize entries adds to the picture slowly being pieced together.

In its inaugural year, the Jhalak Prize received a total of 118 submissions including self-published ones. Eligible books by Alex Wheatle, Catherine Johnson, Yvvette Edwards 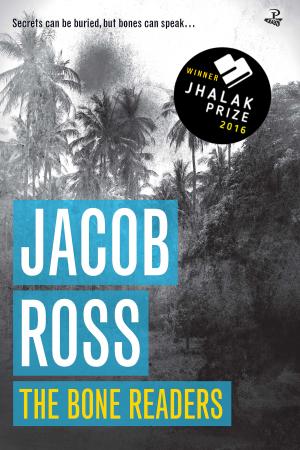 and Nikesh Shukla were not submitted as all four writers were associated with the prize. However, adding those four books does not substantially alter the total number of submissions.

Of these 118, mainstream publishing (including big indies e.g. Canongate, Faber etc) sent in 58 books. Of these, there were 32 adult books – fiction and nonfiction and 15 in children’s and YA categories. These also included 11 cookery books!

It is important to note that publishers had asked if cookery books were eligible and these were eligible given the prize’s suitably open entry criteria. However, they may also be seen as a measure of how little else had been published during the year. We also hoped to glean patterns from the submissions and one of the most obvious: these glossy cookery books were also ethnically/nationally assigned. So a South Asian person wrote a book on South Asian cuisine, a Korean writer on Korean cookery, and so on. Some years ago, a mixed race author with familial ties to India had noted that her book about French cuisine required her to deploy a pseudonym: a writer with an Indian name is seen as incapable of mastering French cookery apparently! That pattern seems all too alive and well.

But this pattern of limiting areas of expertise extends beyond cookery books. There were 10 other books of non-fiction, most of which were by male writers and in most cases explicitly about race or about the writer’s country of ethnic origin, or in some way related to themes linked to ethnicity, faith and culture. The submitted books clearly demonstrated that even in 2017, writers of colour are primarily being granted space for writing ‘their’ experience while white writers have the authority to write on ‘universal’ themes. They also raise urgent albeit complicated questions about the production and reproduction of knowledge, who is allowed to participate, and the very real ramifications of this for all of us.

But the lessons from the entries do not stop there. Small independents and small presses 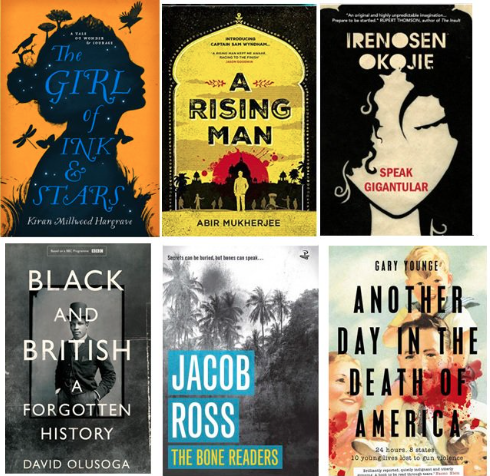 submitted 43 books across all genres, primarily fiction and poetry. They also seemed to do the heavy lifting by publishing new, brave, and unusual voices. The judges quickly learned to look for books from small presses and indies, recognising that the chances of finding a new and exciting literary voice were higher. Moreover, across the genres only about 10 books aimed at adults could be considered as intended for the mass market (in terms of content, style as well as marketing). Here the general category of crime performed better than others. However, given the profile of book buyers and readers, only 2 submissions could be considered – or were marketed as – romance. It seems that publishers are missing more than one trick.

Another genre where the difference between the mainstream publishers and small/indie presses became starkly clear was poetry. Mainstream presses only sent in a single book of poetry while the indies sent in 14.

Overall, the first year of the Jhalak Prize has confirmed earlier findings: there is a ludicrously small number of books by writers of colour being published in the UK! It has also reaffirmed that this bizarrely low number cannot be blamed on ‘literary quality.’ Instead, structural barriers are keeping a wider range of great books out of the hands of

Going forward, the Jhalak Prize will maintain – and make public – the number and range of entries each year. As the data sets grow – the first year is only a tiny indicator – the prize will also track other intersections, noting aspects of gender, ethnicity, class, religion, sexuality, and disability in the entries received. This is not to indulge in ‘identity politics’ but to track the complex matrices of exclusions in and from the publishing industry. The aim – as has always been for the prize – will be to celebrate achievements of British writers while also challenging the country’s mono-cultural literary landscape and working towards its transformation. Making the data from the prize public will hopefully assist other stakeholders in the industry to make informed and considered decisions for our collective literary future.

However, despite the grim picture, it is also important to recognise the points of light. 2016 was a slow year in publishing as well as the Jhalak Prize’s inaugural year. Heading into its second year, the prize hopes for and expects a greater number and wider range of submissions. There have also already been some great books published in 2017 by indie presses including Peepul Tree, Hope Road, Cassava Republic, Influx Press and more. The year has already seen the signing and publication of some exciting books from the big players in the industry while Little Brown Book Group has just launched a new stand-alone imprint dedicated to inclusivity called Dialogue Books and spearheaded by the very astute Sharmaine Lovegrove.

It is also worth noting that the inaugural winner – The Bone Readers by Jacob Ross – was called in by the judges and not submitted initially. We believe the book received much-deserved recognition and hopefully greater sales from the Jhalak Prize. Hopefully this will also encourage more publishers, agents and writers to submit their books in 2017.

As ever, everyone involved with the Jhalak Prize hopes that there will come a point and in not too distant future where it will no longer be needed. But before then, as preparations continue full swing for the second year of the Jhalak Prize, hopefully, more great books will be submitted to this celebration of great writing.

First published by Bookseller on 2 June 2017.

Sunny Singh was born in Varanasi, India and studied at Brandeis University (USA), Jawaharlal Nehru University (India) and University of Barcelona (Spain). She has published two critically acclaimed novels and a non-fiction work on single women in India. Now based in London, she teaches creative writing at the London Metropolitan University. An expert on Bollywood, she is currently finalising a book on Amitabh Bachchan for BFI/Palgrave’s series on Film Stars. Her new novel, Hotel Arcadia, will be published by Quartet Books in spring 2015.  More information on her writing can be found at: sunnysingh.net Tweet her @sunnysingh_nw3