Do any of these phrases sound familiar to you? If they do, congratulations. You’ve come across (or you are) a man — probably white — with so-called “Yellow Fever”.

As an Asian woman living in a country full of white men, I meet these guys a lot. You know, the ones who blurt out all of the above, who try to guess what “type” of Asian I am, whose favourite actresses are Gong Li, Lucy Liu and Zhang Ziyi, who insist on discussing Korean/Japanese/Chinese dramas with me despite me not having seen the series in question, who tell me about all the other Asian women they’ve dated, who complain about how ugly white women are and why Asian women are so much better, and who try to get me to tell them that white men are so much better than Asian men.

Of course, such exotifiying sentiments are meant to be complimentary. After all, the patriarchy asserts, what could be higher praise for a woman than the approval of a white man?

Only…it isn’t praise. It is patronising and dehumanising, and inextricably bound up with the social power of race and gender. To them, “Asian” is our defining characteristic, in a way that “white” would never be used to define themselves. When the “Yellow Fever”ed men speak to me, they aren’t speaking to me – they’re speaking to their idea of an Asian woman, their fantasy made flesh. They’re speaking to every Asian woman they’ve ever seen in the media, every Asian porn actress they’ve ever leered at on their computer screens. My personality is rendered invisible, obscured by the lenses of racial stereotype.

And what a horrifically misogynistic stereotype it is too. Have a wander round any online dating site or Internet forum discussing Asian women, and you’ll notice that one of the most attractive things about Asian women, according to white men, is our apparent ability to “treat our man right”. But what does “right” entail? Well, to put it simply, “treating a man right” is to treat him as superior. Time and time again, Asian women are lauded for our supposedly meek and gentle natures, for our submissive attitudes, for our rejection of feminist values. (Hah!) Through their fetishisation and racist assumptions about Asian women, they reveal their attitudes towards relations with women in general: one should be quiet and meek, contented with a subordinate status, and eager to serve.

How, you may ask, do these men reconcile their ideas of Asian women with the existence of Asian feminists? Easy; they decide that they have been “brainwashed” by Western feminist values, have been contaminated, and have neglected their cultural roots. The fact that they assume submissiveness to be so inherent in Asian women that any feminist ideas must be mere parroting of the ideas of white women is insulting in the extreme. Nor do I appreciate their assumption that Asian culture is static. I would love for them to cast their eye over their own cultural history, going back hundreds of years, and then tell me — what is “Caucasian culture”? And by rejecting the values their ancestors espoused, have they betrayed their cultural roots?

So please, men with “Yellow Fever”, stop objectifying, fetishising and exotifiying us. Instead, try seeing us as individual human beings with individual, unique personalities. Cool idea, no? And next time you have the urge to tell me about all the Asian women you’ve dated and how much you loved Crouching Tiger, Hidden Dragon or Memoirs of a Geisha — don’t. 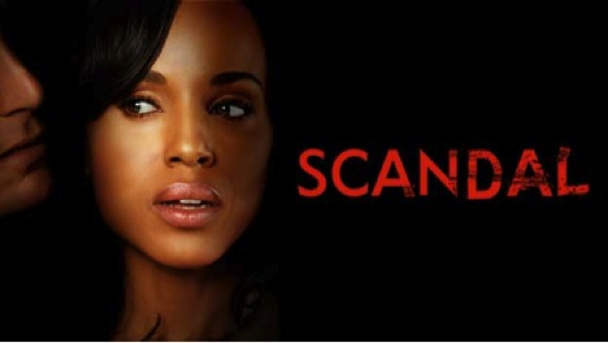 I live in one of the most multicultural cities in the world. Close to 50% of Vancouver’s population is made up of visible minorities, predominantly from Asian countries. Black people make up a smaller number at around 0.5%. As such, I am a member of the rarest minority group in Vancouver. To many I am considered “exotic.” A lot of people consider being called exotic a compliment, and I know many people who actually strive to look more “exotic.” From my experience this is extremely problematic. What that expression means to me is that I’m strange and I’m the “other.” And yes, I am often treated that way.

There have been several times when I’ve been the only black person in a group and the group members suddenly start singing the praises of black people (their looks, athletic prowess, entertainment ability, etc.). Again, I don’t see this as a compliment; in fact, all that gushing makes me feel slightly nervous. I wonder whether they really see me or whether they just see my colour, and stereotype me based on it.

In my opinion, exotification leads to fetishism. Due in part to the media, black women are thought to be hypersexual and are thus treated in that way. Additionally, black people are often seen as some kind of “cool sidekick” to have. There is little more annoying than realizing that somebody is just befriending you so you can be some sort of coloured mascot to them. I don’t want to be petted like a dog. I don’t want to be your token black friend for proof that you aren’t racist. I don’t want to sing or dance for you or tell you sassy jokes. You don’t have to tell me you like black people, you have black friends, your last girlfriend was black, or that you have never dated a black woman before. In fact, all those are warning signs that I am being exotified and that I should stay away from you.

Imagine being treated like you’re a zoo exhibit. That may sound harsh and over the top but that’s exactly how I’ve felt on several occasions. I have lost count of the number of people who have touched my natural (coily) hair without asking. You Can Touch My Hair is a direct descendant of the Hottentot Venus Some people have actually asked if they could touch my skin! In all honesty it makes me feel as though they don’t consider me fully human, someone with feelings. Do they truly believe that I enjoy being prodded and stared at? To me this behaviour is reminiscent of the treatment of Sarah Baartman, the South African Khoisan woman who was exhibited in a European freak show over a hundred years ago. Europeans paid to see Sarah naked, ogling in amazement at her African physique. Sarah’s life was very tragic and I am in no way lessening her trials by comparing my less tragic experiences to hers, I’m simply saying that over a century later not much has changed in the way that society views black women, and my personal experiences help to prove that.

The odd thing is people who do the exotifying don’t seem to realize what they are doing! On the Psychology Today website I came across the term “racial microaggression”  which is defined as follows:  “… the brief and everyday slights, insults, indignities and denigrating messages sent to people of color by well-intentioned White people who are unaware of the hidden messages being communicated. These messages may be sent verbally (‘You speak good English’), nonverbally (clutching one’s purse more tightly) or environmentally (symbols like the confederate flag or using American Indian mascots). Such communications are usually outside the level of conscious awareness of perpetrators.”

I recognize incidences of exotification more readily than I did when I first moved to Vancouver. I’m not sure what can be done to rectify the problem, to be honest, but something tells me that media portrayal of black women can play a huge role in remedying this.

Joy Goh-Mah is based in London and writes about feminism at Crates and Ribbons. She has a background in management and human resources and is passionate about equality and diversity. Joy is a triple threat: ‘a WOC, a threat to patriarchy & all forms of oppression’. Read her first Telegraph article Why are black female victims seemingly invisible?  Find her on Twitter @CratesNRibbons

Rowena Mondiwa was raised in the UK and Africa and currently lives in Vancouver, Canada. She is a soon to be Graduate School student and will be doing an MA in International and Intercultural Communication. Rowena is interested in education, literature and cultural and diversity issues. She blogs at Les Reveries De Rowena and can be found on Twitter @RowenaMonde

Media Diversified is a 100% reader-funded, non-profit organisation. Every donation is of great help and goes directly towards sustaining the organisation.

53 thoughts on “I’m Not Your Pretty Little Lotus Flower”