“When I sell my body for money I am shameless, but when they sell their country for cash they become MPs”

As I dial the number I think about the way the media portray sex workers.

Those stereotypes which would lead to one expecting the voice which answers the phone to be husky, like the call girls in the movies, or to be laced in sadness, speaking in a tone that will echo the misfortunes and abuses suffered by its owner.

What I am greeted with is a chirpy hello followed by ‘nice to hear from you! I’m Serena!’

In the background I hear the sound of a child; upon enquiring I am told that it is Serena’s 4-year-old daughter. A committed mother, her only rule is to be home in the morning everyday to ensure she feeds her child herself. She laughingly tells me that this is one of the perks of her job – the fact that she works through the night means she has the day to herself. Serena is one of the numerous sex workers dotted around Nairobi. Aged 26, she has been doing this for over 10 years.

Before I can begin to ask her any questions she pre-empts me:

“I know you are perhaps wondering how I got here. What life circumstances lead to a young woman selling her body?”

I rephrase the question; sex-work is illegal in Kenya, without rights it leaves sex workers facing a great number of threats and dangers, were there life circumstances which led to her being placed in this position?

She goes on to explain that her story really is no different from any other sex worker: born into poverty, grew up in the slums, lost her mother to cancer and is the oldest of 7 children. With a father barely earning, she had to take some action, otherwise the family would have starved.

She knew a number of women who worked in the sex trade and following in their footsteps began sneaking out at night to join them.

“The first few times were unpleasant, but after that you get used to it. In time, you learn to negotiate better with clients and you start frequenting the places where you are likely to earn more money.”

Over the years Serena has worked on the streets:

“it’s like working in a jungle, all sorts of weird animals frequent the place”; in a brothel masquerading as a massage parlour, “my fellow workers were worse than the clients, all hating each other, women are just trouble”;

and for an escort agency, an experience she describes as educational:

“The rich men using the agency were all the same. The more respectable their public persona, the more disgraceful their behaviour behind closed doors.  Most are married, some were violent towards me and a higher number than you think carry a range of Sexually Transmitted Infections.”

Our conversation jumps from one subject to the other, the two constants being her laughter and matter-of-fact answers. She giggles at some of the “weird” sexual behaviours of her clients and the experiences she has had of the “champagne and diamonds” lifestyle enjoyed by the Kenyan upper class.

“I have stayed in every famous hotel in Nairobi. When I was with the escort agency I was even taken to many of the famous resorts in other parts of Kenya. Some of my friends are envious and many used to be excited when I returned with the free soaps and creams from all those places.”

One of her anecdotes involves being picked up by a well-known business magnate. When they arrived at the hotel he was shocked to see his wife in the lobby. It turned out that she too was sneaking in with a male sex-worker.

“Even then instead of blasting each other, he punched the sex worker and she began screaming at me! It was so funny!”

I imagine that for every moment of luxury she has had she must have had many more traumatic ones. Her tone automatically changes as she goes on to describe the numerous beatings at the hands of clients, the loss of fellow sex workers who died of HIV/ AIDS. The feeling of humiliation when people driving by roll down their car windows and spit at her.

She recounts an incident where she went to the police with bruises all over her face and body to complain about a client who had beaten and raped her. Instead of assisting her, the Askari took her aside and threatened to throw her in jail if she did not sleep with him.

She has also had negative experiences when visiting health centres where she faced verbal abuse and medical staff refusing to treat her or charging her double the usual cost of treatment. “Third-class citizens” is how she describes the status of sex workers in the country. They have no rights, no provisions for their safety and face every type of stigma. Most alarming is her assertion that when a sex worker is murdered, no one cares because their lives are of less value than that of a “normal” person.

When I want to know about her lack of bitterness in spite of her experiences, she reverts to her playful tone:

“The politicians are the first to put us down. They say prostitution is bad for society because it is immoral. When I sell my body for money I am shameless but when they sell their country for cash they become MP’s. Then, the religious people, in their eyes my offering sex to survive makes me a sinner, but their offering of God makes them holy. Finally all those people who come to me and say why do you sell yourself, all the wives who are angry at me for offering such a service, do they ever ask the men, why do you buy sex?”

Her earnings are just about enough to cover her cost of living and that of her younger siblings and daughter. What also require funding are the essentials required for her job, including getting her hair and nails done and investing in make-up, perceived attractive clothing and high heels. In her earlier days these things were not an issue; once she began working in more upmarket areas and for the escort agency she found it was important to be appealing in the eyes of the customer.

“On the streets there is a lot of competition, especially when a Mzungu man is choosing a girl. So I have to be fully done up and look desirable so that the man is willing to pay anything. It is similar to how your article has to be of a high standard so that people will buy your work and then you can pay your bills.”

She tells me she has an extensive collection of high heels and says heavy eye make-up and shiny lipsticks are the most important part of her look, along with perfume.

“Also tight jeans, some short dresses, I also have some clothes which I wear for the agency because an escort is not meant to look like a prostitute.”

The money leftover after all the bills are paid is what she uses to fund what she refers to as her ‘work wardrobe.’

“The money I earn allows me to vary my look; sometimes I do the long hair like Beyonce, other times I go for the Rihanna image. The real selling point is the attitude: don’t look desperate, all men do not work with desperation, and pout your lips, do it now over the phone and keep practising it.”

Finally I ask her about happiness, what does she want from life? True to form the response is pragmatic ‘This is not about happiness, it is about acceptance’. She goes on to say that every day the newspapers report on the abundance of poverty and unemployment in the country; everyone has to find a way to survive and this is hers. The numerous attempts by local and national Government to hamper the trade such as the replacing of Three New Eden Brothel with stalls and shops caused unnecessary problems for her and her colleagues.

“The educated people cannot find jobs in this country, what chance do we have? People say if prostitution is legal it will lead to an increase in crime and the breakdown of society, but what state is the country in right now?  People are starving. I don’t want that for my child.”

She is adamant that sympathy is not what she is looking for, the choices she has made now ensure that her daughter and her siblings will not have to walk this path. She is able to look at the bright side and almost appreciate the experiences she has had which due to her social status would have otherwise been impossible. Her only regret is the lack of respect given to sex workers, not only by individuals but by the laws of the country. 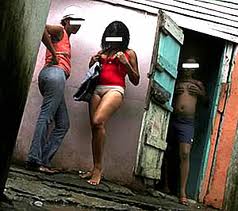 In her eyes the solution is simple – follow in the footsteps of countries like Germany and the Netherlands and legalise sex work. Provide sex workers with rights and laws to protect them and even ask them to pay taxes. “Instead of fighting it the government should accept it, use it to their advantage and make it safer for all concerned. For as long as sex is a human instinct, these services will be required and provided for, it is after all the oldest profession. As citizens of this country we have human rights too.”

As our conversation comes to an end we talk more about her daughter, I notice how her voice changes with pride as she tells me more about the little girl. I ask who the father is, after a slight pause she answers

“A childhood friend, he began beating me and left before she was born. Yes, you see even we fall in love and get our hearts and bones broken, even our pretty eyes shed tears. Give your readers a shock, tell them us Jezebels, the malayas they love to hate are also human!”

And with a final tinkling of her infectious laugh and a kiss blown down the phone, she is gone.

Samira Sawlani is a writer/ journalist with a focus on politics, economy and development in East and Horn of Africa. A holder of an MA in International Studies and Diplomacy from the School of Oriental and African Studies, London, aside from journalism she has also worked in the emergency humanitarian relief and refugee care sector; Follow her on Twitter: @samirasawlani

7 thoughts on “A Conversation with a Kenyan Sex Worker” 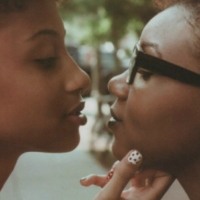