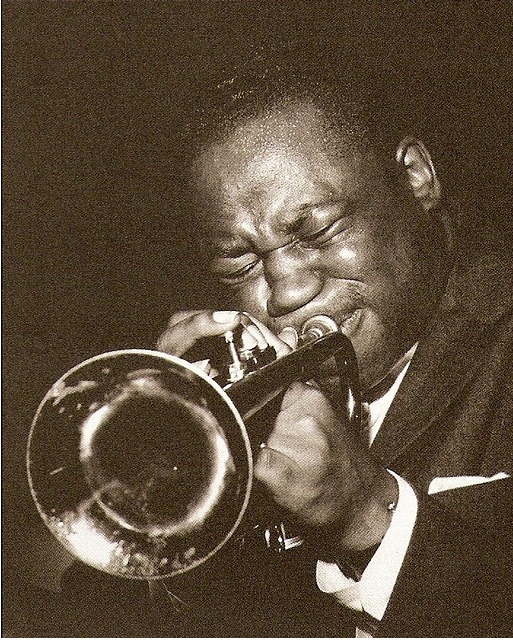 In the hard living world of jazz, Clifford Brown stood out. Drugs and alcohol didn’t interest him, nor was he temperamental. He routinely arrived an hour early for recording dates to clean his horn and ready his mind. And he always seemed to have time for younger players eager for advice. His only vice was chess. On the evening of Monday, June 25, 1956, at the end of a rare day off spent with his wife and infant son, Brown took part in a jam session in Philly. He hadn’t wanted to be there but characteristically, was doing a favor for a friend. It was after midnight before Brown and the pianist Richie Powell finished playing. They took off in Powell’s new car with Powell’s wife, Nancy, at the wheel. It began to rain. Suddenly, the car skidded out of control, flew over an embankment, and turned over. All three were killed instantly.

Dizzy Gillespie was about to go on stage at the Apollo when he heard the news. When the curtain rose, most of the men in his band were in tears.

Jazz: A History of America’s Music; by Geoffrey C Ward and Ken Burns