As military strategies are being proposed by America, in conjunction with France, against the Syrian government for its alleged use of chemical weapons, once again we must ask the most elementary of questions concerning the act of war: what is it actually good for?

The tragedies of conflict have accounted for vast numbers of civilian deaths, severe damage to infrastructure, and mass displacement. Many wars have given rise to cases of longer-term and deeper social trauma, some of which persist to this day for a number of nations. Take, for instance, the dilemma facing  ‘Amerasians’ in the Philippines. For those unaware of this term, ‘Amerasians’ refers to the thousands of Filipino infants born to American soldiers and Filipino women during the 1960s through to the 1980s while on duty at naval and air force bases. 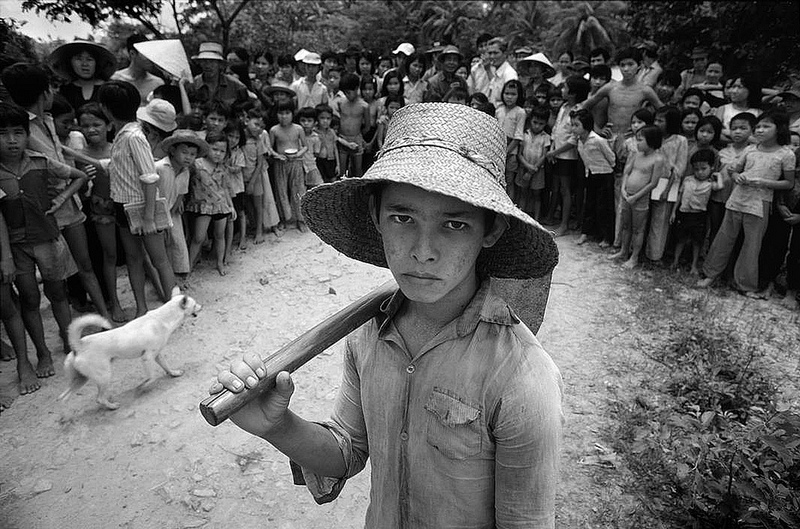 Many of the mothers of this generation were from poverty-stricken backgrounds and worked as ‘bar girls’ around such bases. Sadly what culminated from these encounters were children raised parentless, as some soldiers regarded such infants as ‘products’ of empty encounters, while most mothers were too reluctant to raise a child that was socially undesirable; on the other hand, many couples were in committed relationships, but torn apart by the end of a tour of duty, American immigration regulations, or the USA’s departure from Filipino military bases in 1992.

If the sheer knowledge that one is a ‘product’ of undesirable social conditions wasn’t demeaning enough for such individuals, this whole generation of ‘Amerasians’ (with estimates of many tens of thousands) are treated as second-class citizens in contemporary Filipino society. Furthermore, they are also subject to severe discrimination. To the sorrow of any anti-racist campaigners the toughest form of this discrimination is directed at ‘Black Amerasians’, those infants fathered by African-American soldiers.

They always call me ‘nigger’.

When I was younger I told everyone I wanted to change my blood so I could be white.” Here it is observable that certain elements from the colonial mind-set are still firmly ingrained in the mainstream attitudes of the country.

A second and more overt misfortune encountered by a local populace due to the act of war is the USA’s military use of the island of Okinawa, Japan, since World War II. Since the war, the island has served as a strategic base, from which the USA was able to operate militarily into Korea and Vietnam.

One would have to be naive not to realise that Okinawa provides for many of the USA’s regional military objectives.

The island, according to Chalmers Johnson’s book “Blowback” has a dense concentration of 38 military bases, which account for 20% of the land and have a total military deployment of 50,000 personnel.

While the military presence uses the banner of defence for the local population, there have been numerous rapes, robberies, and pollution damage to the island’s environment due to gas leakages (including illegal substances for chemical weapons) which occurred in military storage bases after the Vietnam War. Often, escape from the responsibility such crimes has come from The Status Of The Armed Forces Agreement, a treaty which can significantly shield the military from Japanese law. While the soldiers are accountable to American military law, the USA has been accused of not doing enough to control its personnel.

Many of the residents of Okinawa have joined protests and demonstrations in an attempt to drive out the military bases that have for so long had a visible presence in their lives. As for the Philippines’ ‘Amerasians’, many are trying to find a voice against the social prejudices that trouble their everyday lives and the indifference of their own, and the American, government. More importantly, many have banded together in raising concerns over the USA’s recent proposed measures of increasing its presence at old Filipino bases and ports, the same ports where the first generation of ‘Amerasians’ were born.

In October 2013 the Japanese and the American government decided upon a relocation plan for the stationed personnel. The forecasted cost of this plan is set at $8.6 billion, with $3.1 billion to be facilitated by the Japanese government. Other then the fact that the financial figures clearly illustrate the balance of power within this relationship, one major setback is that the residents of Okinawa will have to bear the grunt of US Global Hawk unmanned aircraft (drones) and early warning radars. What a deal aye?..

If the trauma of the past wars above doesn’t sway hard-line advocates of military intervention in Syria, one merely has to counter with the argument that research estimates that there have been over 14,500 major wars in recorded human history, which have resulted in the deaths of four billion people. If it is more death and blood which they desire, then this is what they will get. So in the immortal words of Edwin Starr I can only say..

War – what is good for?…Absolutely nothing!’

Taimour Fazlani is an activist with with a keen interest in subject matters, ranging from metaphysics to economic systems. Born and raised in Karachi he has since lived in Glasgow and London. A book addict with a passion for documenting injustices encompassing the whole globe. When not at a protest, demonstration or social events, he can be found training in Muay Thai.  @taimour_khan Website Taimour Fazlani

Father’s Founded, an website that details cases of Amerasian’s detailing their accounts