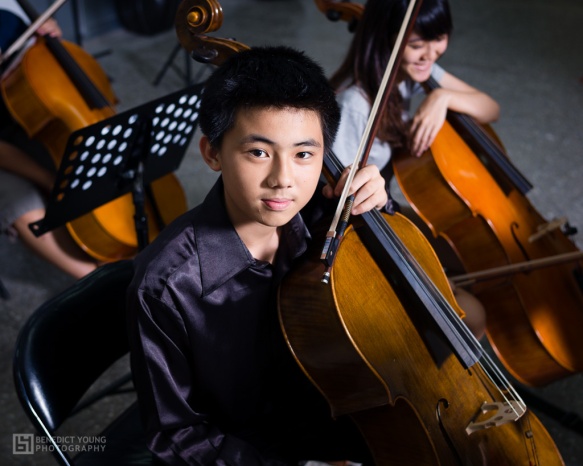 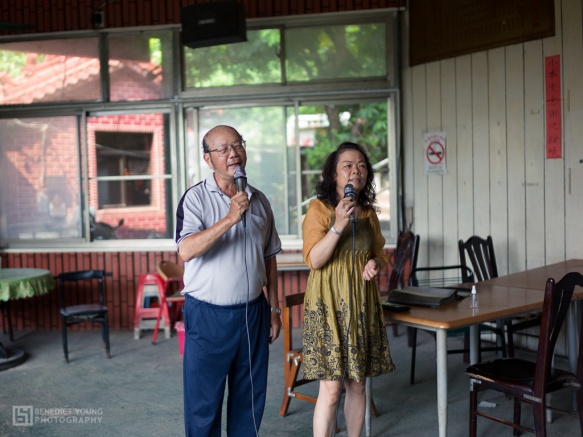 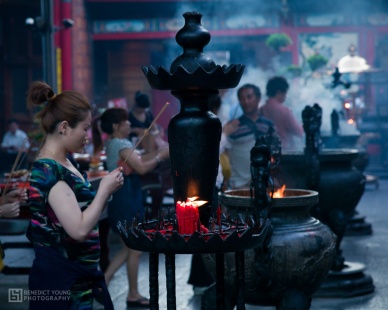 Prayers and Incense Offered at Longshan Temple, both Buddhist and Taoist

Church in Lijia Nia’Ucna, One of Taiwan’s Remotest Villages 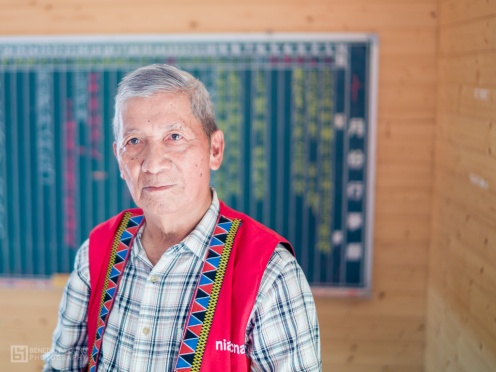 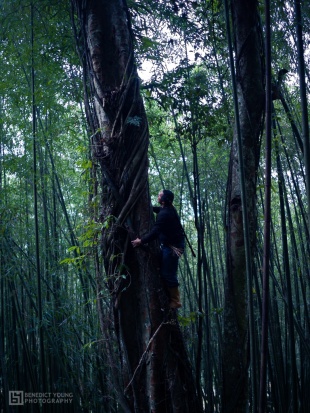 Lady in Nia’Ucna with her Traditional Patterned Weaving 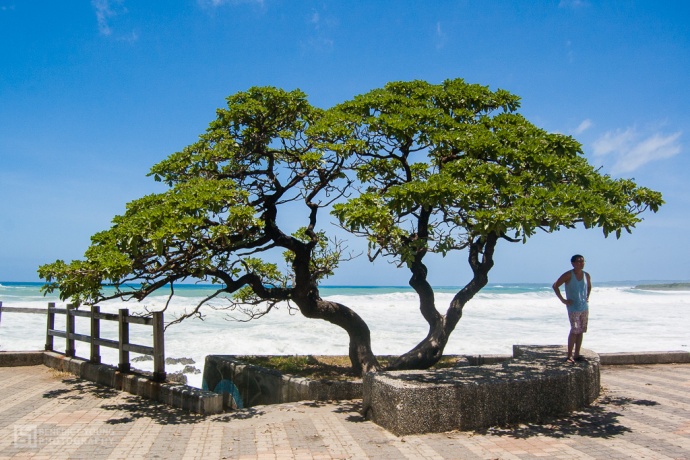 Kenting, Taiwan’s Beach Resort
I visited Taiwan for the first time 5 years ago with my wife, who’s Taiwanese; at that time, I knew next to nothing about the country’s history and people. This has made observing and photographing life here all the more interesting to me. It is also a clear signifier to me that in the West we seem to lack a concept of what a Taiwanese identity is. This is despite the fact that it is a well functioning democracy in Asia, one of the four Asians tigers and an important economic partner, especially for the US.

Taiwan, I was to discover, has for thousands of years been the home of Austronesian people with genetic and cultural links to the people of Polynesia and Oceania. Over the last four centuries, major outside influences have come from China and Japan, while the first foreign settlers actually came from Europe, with Spain and the Netherlands colonising the island (Spanish rule 1626–1642, Dutch rule 1624-1662). The result is that there is great variety of traditions, beliefs, food, culture and so on in Taiwan. However, it is the culture of Taiwan’s longest-term inhabitants that deserves the most attention; this rich culture is disappearing fast and needs to be shared and preserved. The best route for cultural preservation appears to be via the sublime music and artistic traditions, which have been growing in popularity in Taiwan, especially over the last decade.

There are currently 14 recognised tribal ethnicities in Taiwan (including Atayal, Paiwan, Tsou and more). Those people that have lived in mountainous areas for a long time, a tiny fraction of the population, have remained more culturally and ethical separate, whilst the Austronesian people who lived further down, once referred to as ‘plains dwellers’,  have been assimilated. In this way, it can be said that although indigenous people are in a minority, the majority of Taiwan’s people today share some roots with the Austronesian people of Formosa (as Taiwan was known before). Despite this fact, the vast majority of Taiwanese are unaware of this culture beyond the inadequate and often incorrect description from Government sources. More worryingly, many children from aboriginal families just do not see the point in learning their tribal languages any more – Chinese and English are far more useful in getting jobs – and too few are proud of their backgrounds, prefering to hide rather than flaunt their cultural roots.

Undoubtedly, the general lack of awareness of Taiwan’s culture in the West is partly due to the ambiguous political situation. Due to strong pressure from China’s communist party and indecisiveness in Taiwan’s own national policy, the nation exists in a kind of limbo – enjoying good relations to all intents and purposes with the outside world, but not being formally recognised by any of the world’s powerful states. Due to the Communist Party of China’s demands, Taiwan is not allowed to compete under its name in sporting events such as the Olympics, instead needing to compete under the strange moniker ‘Chinese Taipei’ and flying the Olympic flag instead of their national flag. In addition, Taiwan as an address may sometimes appear as  ‘Taiwan, Province of China’, which is odd since Taiwan has never been part of the Peoples Republic of China. Why does this situation exist? It stems from the fact that Taiwan is also called the Republic Of China (referring to the nationalists who opposed the communists in the Chinese civil war 1927-1950), but according to the CPC’s ‘one China policy’ there can only be one place called China. Incidentally, those in Taiwan who still firmly believe in the idea of the Republic Of China hold that the ROC is actually the only one true China, which exacerbates the situation. Unsurprisingly, being by far the larger of the two, with the most muscle, the PRC gets to call the shots over who’s called what.

In 1949 after many years of the Chinese civil war, the Kuomintang (Chinese Nationalists or Republic of China) lead by Chiang Kai-Shek were being overwhelmed by the communists and fled to Taiwan. They seized control of the island, which had previously been under control of Japan, purportedly planning only to regroup and then retake China, which they believed was rightfully theirs. Of course as history has shown, this never really happened. Instead, Chiang Kai-Shek and the KMT remained in Taiwan, establishing a system of martial law that lasted until 1987. At that time, those who had come over from China and their children after them felt a sense of being both Chinese and Taiwanese. This has now changed, with most people identifying themselves just as Taiwanese, no longer feeling a sense of shared history or closeness to today’s China and not wishing to be associated after being on the receiving end of decades of heavy-handedness and threats from the Chinese government. As for the native aboriginal people, when the KMT came to Taiwan they were obligated to learn Chinese and cease using their native tongue. From then till now, much of their land has been forcibly or underhandedly taken away.

Previously during Japanese colonial era 1895-1945, the indigenous people had been obliged to learn Japanese. Japan (which included Taiwan at that time) had been enemies of the ROC in the 2nd Sino-Japanese war (1937-1945) and also had fought Qing Dynasty China in the 1st Sino-Japanese war (1894-1895).  Interestingly, in contrast to the animosity usually felt towards past rulers, there is a quite a nostalgia in Taiwan regarding the period of Japanese rule. Buildings and roads established during the era are regarded as being superior to what came after, Japanese food remains a favourite cuisine of the Taiwanese and Taiwan enjoys good political relations with Japan today. Japanese treatment of the indigenous population is also regarded by some as being comparatively respectful. However  in 1930, the aboriginal people did rise up against the Japanese to reclaim their land, only to be brutally suppressed with war planes and bombs.

Before being governed by the Land of the Rising Sun, the Middle Kingdom’s Qing Dynasty had claimed ownership of the island of Formosa (Qing rule, 1683 – 1895). However, at no point were all the peoples of Formosa actually under their jurisdiction. Other than the ethnic Chinese population who lived in Taiwan at that time, the Qing emperor only controlled some of Taiwan’s inhabitants. Those native denizens they had no control over were classed as ‘raw barbarians’. This caused a flashpoint when in 1871 a group of Japanese sailors was attacked and killed in Taiwan by people from the Paiwan tribe. Japan demanded compensation and punishment of the perpetrators from Qing Dynasty China, who claimed ownership of Taiwan, but their request was turned down as the Qing government had to admit they did not rule that population.

However, it was not the first time that Taiwan’s aboriginal population had encountered, or resisted, colonisation; the first colonisers, as previously stated, were Spain and the Netherlands. The latter were the first to romanize a written form of the indigenous aural-tradition languages and attempt to ‘civilise’ the native population. They also brought with them Christianity, which has remained to this day the majority faith among Taiwan’s indigenous people.

The true nature of Taiwan remains something of a mystery to outsiders, and probably to the Taiwanese themselves, but with international relations steadily improving and Taiwan emerging as an alternative holiday destination, this may all be set to change. The next couple of generations may be make or break for the survival of Taiwan’s aboriginal culture, with many of its languages on the verge of extinction, but at the same time there is a rising interest in aboriginal music and way of life. With less and less Taiwanese regarding themselves as ‘Chinese’ with each generation passing and Japanese identity being nearly 70 years out of date, the aeons old aboriginal cultures on Formosa may just hold the key to a sense of modern Taiwanese identity.

Benedict Young is a British freelance photographer, with a passion for global culture and music. Currently based in Kaohsiung, South Taiwan. Photography website: Benedict Young @benyoungphoto

2 thoughts on “Photo Gallery: Taiwan, through the Lens of the People”