Influences from foreign media, and the manner in which they are presented to audiences, are changing Somalia’s cultural landscape and stunting the development and growth of Somali language.

The ubiquity of foreign news channels and the new popularity of Turkish drama-serials worries me for a whole host of reasons. Whilst I believe in the sharing of culture across borders as something that should be commended, I feel that in Somalia foreign content is falling onto a dangerously uncritical audience.

My first issue with foreign media is the way in which we consume our news. Most Somalis watch television for a single purpose: to keep up to date with current affairs. It could even be argued that we are a nation hooked on the news. Something illustrated by our parents’ being perpetually occupied at specific hours through the day, whether it be for the BBC Somali 6pm report, the VOA 2pm report or Universal’s daily news.

Two of these programmes, BBC Somali and VOA are sustained by a type of journalism that while it pertains to Somalis, it isn’t very Somali. Its interests are American or British-driven.  So no matter how well translated the content may be, Somalis are still not doing the speaking. Rather, external influences are transmitting. One essay by Andrew Hill argued that ” with the emergence of the BBC’s first foreign language services directed at indigenous, colonial populations – the voice came to play a rather different role, as an instrument of imperial administration”, namely, a “model of ventriloquism”. **

So the first issue here is a common one, the majority of news that we are consuming as our own, is framed and narrated to us by non-Somalis. 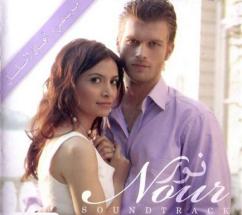 The second aspect of non-Somali made media influence to consider is in the realm of fiction programming, imported content can have unexpected consequences amongst new audiences. At the same time more affluent nations develop a cultural hegemony over time, like Hollywood in Europe (and the world) and Bollywood in Southern Asia.

The rise of Turkish drama-serials has had a significant cultural impact in this vein since they became a national addiction with the advent of 2006’s hit Noor (Gümüş); a soapy melodrama. Newspapers have even reported divorces that have been attributed to fans’ adulation for the characters and aspiration to live more like them.

In contrast to US television or Hollywood movies, the characters shown in Noor allow Somali viewers to relate to them. The protagonists, Noor and Muhanad seem to be Muslim, as shown by their ceremonies and attire, which includes hijab. At the same time they also push the boundaries of an orthodox Islam; often drinking wine with dinners and engaging in ‘illicit’ acts on screen.

Dubbing: a mutilation, not a translation

As well as the broader cultural issues this has raised which I’ve addressed above; there is also the specific impact of dubbing to think of which will be my third point of focus. I believe that the dubbing to which we have become so affectionately accustomed, is not a translation, but rather a mutilation.

To give an example from the literary world; it takes months to translate a single poem. I had a poetry teacher once tell me that a person needed to be a poet to be able to translate a poem. Dubbing, for the most part is literal. It has to be literal. That is the only way that it can function. There are no subtleties. There are no nuances. And there’s no ambiguity in the language, there’s no true emotion, there’s just the bizarrely comical, word for word translation. It is only ever concerned with narrative.

Dubbing therefore is not about transferring a work of art, in all its integrity, to a group of people that cannot access the original language. Dubbing is about reducing an art form to its absolute base and then building it back up in the most soulless, mechanical way possible. One of the least funny things I have ever tried to watch was an episode of Fresh Prince of Bel-Air dubbed in Egyptian Arabic. It was awful. And painful. And awful.

So we come to my final point, which is really a mish mash of all of the above. Through importing content, be it foreign-written news or fiction, what we are actually doing is importing concepts. And we seem to be doing it blindly.

There is a culture of underestimating Somali as an intellectual language; in the minds of most Somalis our language should defer to English and Arabic for the serious tasks. Politicians use foreign terms over Somali ones to lend themselves weight. This vogue means that attempts to protect Somali language culture such as Siyaad Barre’s language reforms fail to stick.

With each new term, voiced or otherwise, is a new concept in our culture – and this process is irreversible. Quite a lot of people have already written on the soft power exercised by Turkey in the region through its television programmes, but what I’m discussing is a slightly different beast. You can’t un-think a concept or a way of interacting with people once you’ve come across it. A friend once complained to me about how he thought that his little sister had entirely changed the way she interacted with people because she started watching Eastenders. I’m guessing he was probably exaggerating, but…he couldn’t have been all wrong.

Recent graduate of Oxford University @Slycivilian1 writes on Somali culture, history and politics for his blog Of Rinj and Roodhi. He’s part of a new collective interested in recording and translating Somali oral history accounts.

This piece was edited by Henna Butt