Since model Jourdan Dunn took to Instagram on the 2nd of January to announce that she will be gracing the cover of the February edition of British Vogue there has been much excitement from some quarters.

The reason for this is because Dunn is the first solo black model to grace the cover of the fashion bible in 12 years (last one being Naomi Campbell in 2002).

While this is being celebrated by some, others may be wondering how, in this day and age, a renowned fashion publication has over the last 12 years featured only 2 black women on the cover.

It’s not really a huge shock to hear that the fashion industry has a major diversity problem. In fact, it would be more of a shock to hear that it didn’t. Last month the Fashion Spot looked at 44 major print magazines from around the world in 2014 and found that out of 611 covers white models appeared 567 times compared to just 119 times for people of colour. The UK’s edition of Vogue, the UK and US edition of Harper’s Bazaar did not feature any non-white models in 2014. Astounding.

The Fashion Spot concluded that “if these results prove anything, it’s that fashion continues to have a global diversity problem”. Is it as simple as this though? Or does the problem go deeper?

The study doesn’t just highlight a problem of diversity. It highlights quite clearly a problem in the way we view beauty in our society, particularly in the West, given that the fashion industry is primarily driven by Western fashion and cultural trends. What this tells us is that female beauty is essentially white.

Recently a friend and I picked up the Evening Standard Newspaper, idly flicking through it whilst on a train we looked at the back and saw three models advertising Burberry. One of these models was Cara Delevingne (as two modern men naturally we recognized her), alongside another white model and one fair skinned black model. What we both took from this was that all of the models looked similar. Although one model was what many would term as black she had very similar facial features to the other two models. Her features were, in essence, Caucasian. Or, Caucasian enough for her to be a palatable choice for Burberry to use in a campaign. The fact that she had fairer skin also added to the idea that she looked similar to her white counter-parts.

In the article “You’re Pretty for a Dark Skinned Girl”, j.n salters names this type of marginalisation as colourism, an ‘(in)visible system of prejudice and oppression based on the belief that “white is right” and “if you’re black, get back,” which we as people of colour are also complicit in.

Typically, non-white models often have similar facial features to white models as well as a lighter skin tone. This reinforces the idea that white is beautiful and non-white is not. Non-white features are not supposed to be beautiful. This is prevalent in films and on television. ABC’s How To Get Away With Murder is refreshing in the sense that it has a female black lead who is not fair skinned, Viola Davis (who is excellent in what is an intriguing series). Interestingly and perhaps interconnected, this is for Davis, who is now 49, her first lead role on TV or in film, despite the quality of her acting.

Typically, black female characters tend to be fair skinned — for example, Kerry Washington in Scandal (not detracting from her obvious acting talent). The cast of Dear White People was also dominated by fair skinned black characters, as highlighted by Morgan Jenkins in Salon. Lighter skinned leads are for casting directors and the industry as a whole simply more relatable to audiences and more in line with our fixed idea of beauty. This is partially why we have seen such a huge push for skin whitening products targeted at women in the non-western world. It is also why double eyelid surgery is such a big thing in East Asia and amongst people of East Asian descent.

Surgeries and skin whitening are one way for women to get closer to looking like society’s ideal of beauty, white with classically Caucasian features.

In Blogueiras Negras popular article Brazil’s new primetime show “Sexo e as Negas” serves the white gaze they remind us of a popular Brazilian expression that “has its roots in slavery and has remained practically unchanged” – “White women are for marriage, mulatas are for fucking and black women are for work”.

And even then there are strict rules on what is considered beautiful. Being white is only part of it. Women need to look like Victoria’s Secret models to truly be considered beautiful. Beauty has been homogenized to the point where there is no appreciation for diversity. Instead there is one set type of attractiveness that is sold to us and resold to us on a daily basis through popular culture and advertising. 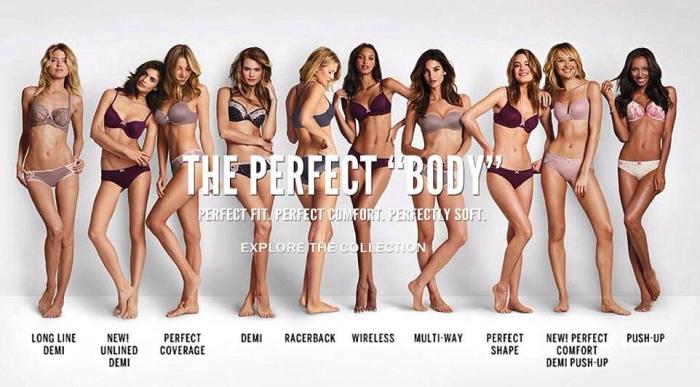 There isn’t room for diversity. The way in which a racist petition called for Beyonce to comb her daughter’s hair is a clear example of this. Her daughter’s hair was in its natural state but for the judge and jurors of what is beautiful and allowed, this was not. As Melody Davis recognizes in her article for Comment is Free aptly titled “I’m black and my hair is natural. Get over it”, people often attempt to pressure her into straightening her hair, or at least restricting its naturalness to some degree. This is how racialized our ideas of beauty have become. This is white supremacy. 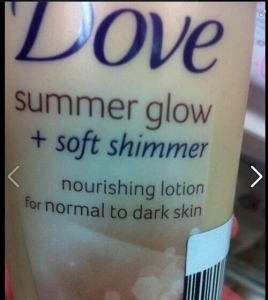 It is clear that beauty is often equated with ideas of whiteness. Many people strive to look whiter in a bid to appear attractive  through manipulation of their hair, plastic surgery or even through skin whitening. The very nature of the existence of skin whitening products only reaffirms the point that people are literally being sold an idea of beauty as whiteness or lightness. The unfortunate reality, is that in a society where many people (perhaps most people) are self-conscious about the way they look, we are told that only one look is beautiful and acceptable. For young girls who are not white and do not have Caucasian features they are told by the fashion industry that they are ugly. They are led to believe that they must whiten up and appear more Caucasian if they are to ever be accepted as beautiful. This needs to change and putting a few more fair skinned black models on the front cover of Vogue won’t do this.

Fashion labels may take this clothing company’s example. Rum + Coke are challenging the fashion industry’s negative views about beauty and appearance by featuring only plus sized women of colour in their campaigns.

We need to accept that beauty is in diversity, not homogeneity. That we as people of colour can be complicit in White supremacy when it comes to colourism. Rather than shoving images down peoples’ throats about how they must look a certain way, women (and men) of all shapes, sizes and ethnic backgrounds must be celebrated for who they are and what they are about, not scrutinized for the way they look and whether they conform to a linear, fixed view of beauty.

All work published on Media Diversified is the intellectual property of its writers. Please do not reproduce, republish or repost any content from this site without express written permission from Media Diversified. For further information, pleas

Amit Singh is the editor and founder of Think Football and also works on a number of  human rights based projects. He occasionally dabbles in freelance journalism writing about race, politics and also football. Follow him on Twitter: @asingh11189

This article was edited by Samira Sawlani and Samantha Asumadu

15 thoughts on “Why is society’s idea of beauty so often either ‘white or light’?”