CONTENT NOTE: This piece will include descriptions of police violence in some detail.

In 2008, Sean Rigg – a black man suffering from mental illness – died in police custody. Yet it’s taken nearly eight years for the case to be referred to the Crown Prosecution Service to determine whether the police officers involved should be charged and the case brought to trial. 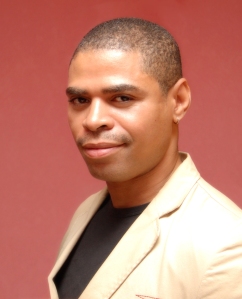 This horrific story isn’t one in a million. It’s one of millions. Many black people (and other people of colour) have at least one tale of an unjust encounter with the police. Here’s mine.

It’s curious when reminiscing about such events how certain aspects remain cloudy, yet others you vividly recollect. During my time as a student in Southampton, I arranged to meet my flatmates in the city centre. I remember wearing a coat over my hoodie, but don’t remember whether I had the hood up. I remember having my headphones in, but I couldn’t tell you what I was listening to.

What I remember with extreme clarity, however, is what happened next. Walking past Burger King, I didn’t see the arm grab me, but I felt it as I was slammed against the wall. The first thing my senses registered were the words, “Hold it there, mate!” The suddenness of it was akin to the way former tennis player, James Blake was assailed by the NYPD during the US Open last year.

My initial instinct was to physically defend myself, but as I glanced upwards I realised the man who accosted me was a police officer. This immediately changed my deportment. Despite being guilt-free, I immediately flashed through everything I had done in the past week, the past month, the past couple of years.

Trying to reconcile my predicament wasn’t easy with the long arm of the Hampshire Constabulary being both figuratively and literally against my throat. This officer knew what he was doing, positioning me in such a way where I was able to breathe, but could barely turn my head sideways. The only direction in which I could move was upward. and as I’m yet to develop the ability to fly, that option was off the table.

While a clear case of mistaken identity, at no point did I expect an amicable resolution. I was gripped with fear on numerous fronts: What would this mean for my degree? What will my mum say? Should I have indulged all those jokes in my social circle about racist police profiling? And what will my mum say? Why are all these people walking past as if they can’t see what’s happening? And for the love of god, what will my mum say??

But – as absurd as this may sound – I got incredibly lucky. The officer turned around to the civilian he was with, asking; “Is that him?!” However, the him they were looking for was mere yards away on a bike. After being corrected, the officer let me go, grabbed the guy on the bike, and wrenched him to the ground.

Finally able to regain some sense of equilibrium, I surveyed the scene. My sense of disgust at being apprehended unjustly soon changed to incredulity. The guy being arrested in front of me was white.

Demanding an explanation and an apology from the officer, he eyeballed me the way one looks at a wasp that’s interrupted a picnic, and summarily justified his actions by saying, “You’re kind of wearing the same coat.”

Thunderstruck by this fatuous reasoning, I intended to question him further. But even though his job was to now read this ostensible criminal his rights, the officer continued to look at me, and the look swiftly became a glare. A glare that indicated he had no problem with manufacturing a reason to return us to the previous state of affairs that had me against the wall of Burger King.

All I felt now was deflation. Thinking on my position, I realised there was no pathway to justice open to me. This was in a time before the ubiquity of camera phones. And what point would there be asking for the officer’s badge number? I wasn’t physically harmed, I wasn’t being arrested, and it appeared the thief had been caught. This would ultimately be recorded as a win for the police. I walked away.

As I headed towards Maplin – this is where my flatmates now were – my confusion had metastasised into fury. A friend was also there, and my explanation of this incident manifested in a flurry of words, many of them beginning with the letters “f” and “c”.

What hurt the most was the reaction – or lack of it – from people I had considered friends. My story elicited little more than a shrug. It seemed as if they thought I was joking. Their primary concern wasn’t my well-being, but to get me to stop swearing so much. Never before had their white privilege been so obvious[1].

Yet, such egregious conduct is permissible in a white supremacist framework[2]. When the presence of melanin is equated with deviance, such profiling from the police – whether formalised through stop and search, or informally through what I experienced – is inevitable, as it is assumed our dormant criminality could be activated at any moment. Police interventions serve the purpose of keeping us honest; a reminder of the potential consequences if we revert to our natural state.

This unceasing torrent of police violence forces the families of the slain to campaign for justice, despite their grief and heartbreak. It’s also why Siana Bangura and Troy James Aidoo are helming the documentary film, 1500 And Counting (which still needs our assistance to be funded) to interrogate how widespread abuse of police powers are, despite it being assumed as solely an American problem.

What happened to me isn’t an anomaly. It could just as easily occurred yesterday as it did 12 years ago. It could have ended with me physically harmed, or worse. So many of us have a story of being guilty in the eyes of the law until proven innocent. This story needs to change.

The 1500 And Counting crowdfunder will continue to take contributions until the 12th March.

[2] – Ableism is at play along with racism in many of these cases.