Criticising millennials for being narcissistic and coddled is a cottage industry – the latest instalment of which comes by way motivational speaker Simon Sinek, who told the Independent the reason millennials make frustrating employees is because of a parenting culture that told them they were special: “They were dealt a bad hand.”

Indeed, Simon, but not because they won too many awards for coming last. The fact is, this generation is going to be poorer than their parents. We are part of the gig economy, generation rent – snappy ways of saying that the jobs available are often insecure and low paid, and we can’t afford to buy houses.

The obsession with owning a house is a particularly British trait. In many countries, renting isn’t just an option but preferred. The thing is, with most young people paying half their wages in rent, once bills are paid there’s not much left to play with – let alone finding extra to squirrel away for a deposit on a house.

Both you and the squirrel will need to sit down for the next part. If you’re in London, that would be £2,300 a month that needs to be saved so that you might – might – be able to buy a place in 2021, according to the National Housing Federation. The mean salary in London is £34,000, but they say you need an income of about £130,000 a year to afford a mortgage on the average home. What about renting then, I hear you squeak. Apparently the average monthly rent of £1,727 takes up 61 per cent of the average Londoner’s wage.

Enter this week’s long-awaited government white paper on housebuilding and renting, which was cautiously welcomed by the charity Shelter as a “step, rather than a leap in the right direction”.

The fact is, we don’t have enough houses and they aren’t being built fast enough. David Cameron’s much-vaunted Starter Homes Fund was criticised for helping people who were pretty well off anyway, while not addressing the lack of affordable housing to buy or rent for people on lower incomes. The white paper proposes halving the number of Starter Homes that councils have to provide on new developments, among a few other modest measures to free up land for development and bring the price down.

The government needs to go further. An estimated 250,000 planning permissions are granted every year but only around 150,000 homes are actually built – and not enough of these are affordable homes to buy and rent.

Generation Rent dismissed the White Paper as offering nothing of substance to renters, pointing out that one proposal that new builds should have longer tenancy agreements is “the bare minimum” when  “the vast majority of tenants will remain in existing properties, with no certainty over their home beyond the next 12 months.” If you’ve got a family and kids enrolled in schools nearby, this kind of uncertainty is hard to bear.

Majoring on Minors in the NHS

The NHS is in crisis. I believe we can use that word now, after the Red Cross raised the

alarm over the festive period and the Chief Executive of the NHS, Simon Stevens, directly contradicted the government by stating that spending on the NHS would fall in real terms. But we should make a point of saying this especially after Theresa May derided Stevens for being “unenthusiastic.” That’s usually sign that you may be onto something.

Anyone who disagrees with May’s plans is criticised for essentially not being chirpy enough. Those who have come under fire from May and her tabloid wing men include civil servants, trade experts, MPs and anyone who has the temerity to suggest that Brexit won’t be plain sailing just because we want it to be.

Professional opinions, often with specific expertise in the matter at hand – like our top trade negotiator expressing doubts about a quickie Brexit negotiation –  are dismissed as “talking Britain down” or just unnecessarily pessimistic.

The Red Cross, meanwhile, was branded “irresponsible” over its warning that the NHS is facing a humanitarian crisis. You don’t need to go far to hear about cancelled operations, the problem of social care for the elderly and cuts in mental health services.

So, the NHS needs more money and fast. The £350million Brexit promise for the NHS has been allowed to fall quietly behind the sofa but the focus is on health tourism. A parliamentary committee has called on the NHS to do better at recovering money from non-residents, despite warnings that plans to do so will be discriminatory and unworkable.

Is health tourism a thing? Yes. Is it as big a thing as Theresa May, since her days as Home Secretary, loves to make out? No. It’s an estimated 0.3% of the NHS budget. More is spent on stationery.

Unions blame underfunding for a 60% rise in bed shortages in the South East, just as an example. But it’s easier to focus on an emotive side-issue, which the committee referred to as draining “vital funds” from the service. Of course, every penny counts, but this is majoring on minors when large-scale funds are needed. 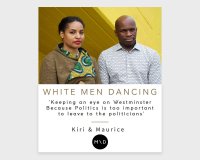 Kiri Kankhwende is a Malawian journalist and blogger specialising in immigration and politics. She has a background in French and Chinese language studies and holds an MSc in International Political Communications, Politics and Human Rights Advocacy. An accomplished public speaker, she has also written for the Guardian and the Independent, and has been a contributor to BBC TV and radio, Al-Jazeera and Fox News. Find her on Twitter @madomasi