Nestled between the two Israeli settlements of Ma’ale Adumim and Kfar Adumim, in the Jerusalem governorate of the Occupied West Bank lies Al Khan al-Ahmar, a Bedouin village, home to over 180 members of the Jahalin community. They have been living in this village since their displacement from the Negev in the 1950s but current policies will forcibly displace them to Jabal West, which is essentially between a rubbish dump and a scrap-metal junkyard.

On 24th May 2018, the village received a final ruling from the Israeli Supreme Court, following a nine-year legal battle with neighbouring settlers, who said the school was a “security threat” and built on their “State land”. It should be noted that settlement building on occupied land is illegal under international law and constitutes a grave breach of the Geneva Conventions, to which Israel is a signatory. Forcible displacement and the coercive environment in which the Bedouin live, have been declared war crimes, including recently by Israeli human rights NGO B’Tselem, as well as international jurists.

In a statement, Jamie McGoldrick, the UN Humanitarian Co-ordinator, said: “Should the Israeli authorities choose to implement the outstanding demolition orders in the community and force the people to leave, they would not only generate significant humanitarian hardship but also commit one of the grave breaches of international humanitarian law”.

The occupied West Bank is divided into three different zones: Area A, B and C. Over 60 percent of the West Bank is considered Area C, where Israel has exclusive control over law enforcement, planning and construction, in what was intended by the Oslo Accords of 1993 to be an interim measure, so that Area C should have reverted to the Palestinians by 1999. As Area C is generally used for the benefit of Israeli settlers and the Israeli military, its 300,000 residents face regular demolition orders and displacement. In response to the impending demolition of Al Khan al-Ahmar, Boris Johnson, the UK’s Foreign Secretary, issued a statement, saying: “I am deeply concerned by the proposed demolition of the village of Khan al-Ahmar. Palestinians have found it virtually impossible to obtain building permits in Area C of the West Bank, an unacceptable situation that leaves them with little option except to build without permission”. The strong language used by Boris Johnson unfortunately again fell on deaf ears.

I visited the village of Al Khan al-Ahmar in November 2017, where I met Angela Godfrey-Goldstein, founder of the NGO Jahalin Solidarity and Eid abu Khamis, head of the Bedouin tribe in Al Khan al-Ahmar, who explained the backstory.

The village is very close to an illegal settlement, where many members of the Bedouin community had once worked for its residents, providing various types of labouring work. On the other side of the village is a dual carriageway where cars travel at extremely high speed. The village’s location was such that the village children had to cross this motorway to get to their classes every day, so five children were tragically killed – in full view of their friends and classmates, who were obviously traumatised and then terrified to go near the highway. 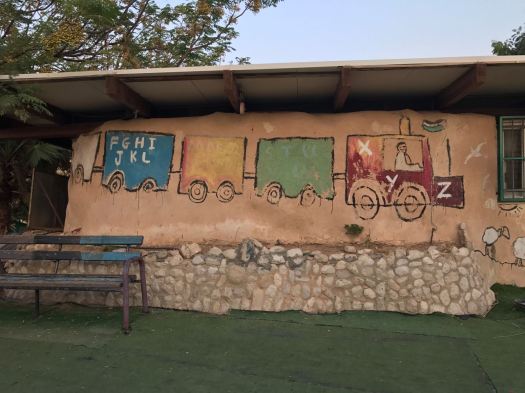 So, the village responded by building its own school, using used car-tyres and mud to try to avoid the harsh building restrictions for Palestinians in Area C. As a gesture of good will and to develop the relationship between the Palestinian and Israeli communities, members of the Bedouin community invited settlers to visit the school and discuss twinning initiatives. The settlers reacted with praise, celebrating the Bedouin proposals. However, within the week IDF soldiers came to tell the community that the school was a security threat, and their lawyer reported a petition for demolition had been submitted to the Israeli High Court by those same settlers who had visited the school – repeating that it was a security threat to them and built on “their” “State” land – which actually belongs to Palestinian villagers of nearby Anata.

Fast forward to today: The Israeli High Court has ruled in favour of demolition of the school and the village, so the Bedouin community will be displaced for a second time since the Nakba. This time the proposed location is an urban area where Israeli settlements and Palestinian towns dump their rubbish. Nearby Palestinian communities in Abu Dis and Al’Azaria have suffered from diseases due to contamination of the water and soil in the area. To add insult to injury, one of the three judges presiding over the case had two siblings living in the settlement above the Bedouin village, who had submitted a petition for demolition of the school and village, yet she refused to recuse herself even while this presented a blatant conflict of interest. Moreover, the lead judge on the panel of three is himself a settler from an ideological settlement in Gush Etzion.

Al Khan al-Ahmar’s plight highlights the bias in the system against Palestinians in the West Bank and the way Israeli right-wing landgrab policies are militating against peace or a two-state solution. The desires of illegal Israeli settlers and the far-right Israeli “settler” government will always be prioritised even when arousing the damning attention of the international community. 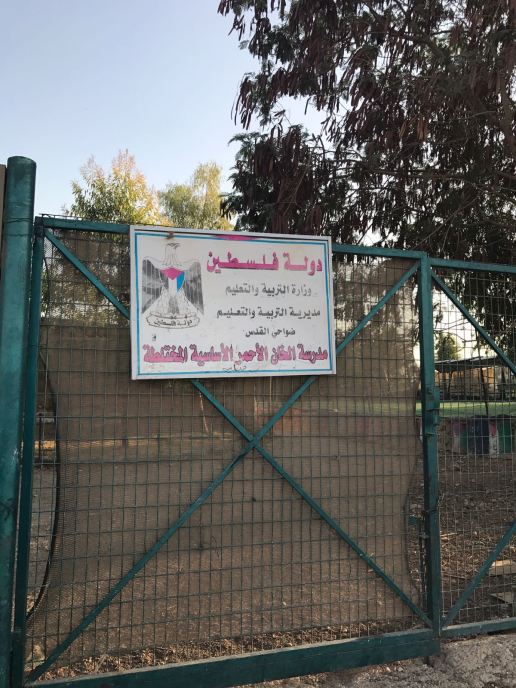 Despite delegations that have witnessed these daily realities, early day motions in the UK Parliament that have condemned demolition plans and two separate congressional letters that have been signed by 10 US senators and 76 members of the House, it appears to have fallen on deaf ears. One has to ask why the international community appears so powerless to hold Israel to account and to uphold its Third State Responsibility to prevent such war crimes?

All work published on MD is the intellectual property of its creators and requires permission to be republished. Contact us if you have any questions.