Fatima Qureshi speaks to Ansah Malik, a civil rights activist about how she, a fifth-generation Hong Konger resists the city’s nihilistic attitude towards racism

Twenty-one years after the British colonial administration handed Hong Kong over to a one-country-two-systems policy under China, minority groups continue to be disadvantaged and marginalised.

As a semi-autonomous territory, the Hong Kong Special Administrative Region (SAR) adopts an independent rule of law that claims to guarantee basic principles of democracy: freedom of speech, information and the press. Hong Kong is only allowed to enjoy its laissez-faire autonomy for another 29 years before China fully takes over.

However, since the 1997 handover, hardly any attention is paid to the social exclusion of and cultural indifference what the government classifies as “ethnic minorities” – that is non-Chinese communities. While the Hong Kong government has criticised China’s erosion of academic freedom and local elections, the conversation on socioeconomic and political rights of racial minorities in the city gets displaced.

“All this time, any and all interaction between South Asian and Chinese communities has been economically driven. There is no effort on the part of Chinese lawmakers to understand cultural and religious affairs of immigrant communities,” says Malik who is Hong Kong’s first certified Pakistani social worker.

The discourse of lawmakers is transfixed on larger-than-life political battles with China, disregarding dire economic conditions of racial minorities who are incessantly called on to take more “domestic servant jobs” to eliminate poverty.

Asian minority groups make up over 15% of the 7 million people in Hong Kong. White European heritage people are also part of the ‘ethnic minority’ group. However, unlike Asians, they are not broken down by nationality or status. The classification of Asian groups in this way, when juxtaposed with the homogenisation of white European groups seems to maintain a colonial system of racial division, or a “medium through which class relations” are exploited to fulfil a colonial project as Stuart Halls puts it.

The case of Philippines migrants may serve to illustrate this. At least a third of all ethnic minorities in Hong Kong are Filipino heritage, the largest segment of the 1.5 million non-Chinese population. Most of these people are domestic workers who are engaged in ongoing struggles to abolish debt bondage, people  trafficking and abysmal work conditions.

“There is no meaningful acceptance” says Malik, who prefers not to be identified as a Pakistani-Hong-Konger because it legitimises racist classification systems. “[The rest of society] will always have trouble accepting [us] because of the colour of [our] skin until you explain your family history, as if your birth on Hong Kong soil is not enough to prove your national pride.”

Historical records explaining reasons of South Asian immigration to Hong Kong are patchy, however, some unofficial data reveals at least 48% of the British colonial army was made up of Gurkha (Indian and Nepalese) soldiers garrisoned in Hong Kong. Colonial-style recruiting classified Nepalese and Indian troops – and later Pakistanis in the post-Partition period – as a battle-winning factor because they could “not find Chinese recruits” from Hong Kong.

In what was called the martial race theory during the 1857 Indian Uprising, the notorious General H. Gordon Bennett, commander of the Asian Institute of Finance (AIF) in British colonised Malaya – present-day Malaysia – subverted “Eastern races as less able to withstand modern war.” In Bennett’s view, the homogenised Oriental East did not possess masculine superiority equivalent to the Punjabis and Gurkhas.

Today, descendants of those South Asian groups who were once placed in high-ranking positions increasingly face discrimination by the Chinese community on all levels of Hong Kong’s postcolonial society.

Malik, like all South Asians in the early 2000s in a segregated school for non-Chinese children. Justified as an attempt to solve language difficulties in reading and writing Chinese, the government rounded up non-Chinese students into underfunded and under-equipped designated schools. Those schools still exist in isolation from mainstream Chinese schools today.

The social worker’s community organising work began when she realised the primary and secondary school she went to were “institutionally separate.”  She describes a stark example of hierarchy, where Chinese students were privileged with well-maintained classrooms and facilities on top floors, while students with “poor Chinese language skills” had zero access to the same resources, restricted to and overpopulated in “one or two classrooms on the ground floor of a school.”

“We were virtually invisible and never had the chance to collaborate with them. Chinese students were always afraid to even talk to us,” Malik recalls.

In 2009, it became unlawful to discriminate on grounds of race when the Race Discrimination Ordinance (RDO) was established. RDO’s provisions on education grounded anti-discrimination laws with respect to the “medium of instruction” in schools. However, the Hong Kong government falls short on delivering bilingual language education, prioritising Chinese over English as a campaign to save Chinese identity to the detriment of non-Chinese groups.

A groundbreaking Hong Kong University study revealed how the innate political effects of colonial history relate to these racial divisions. The work argues that Hong Kong’s race-making structure is embedded in preserving the “status quo, manifested first through an internalised colonial mentality.” All that Hong Kong is today, a fishing village transformed into Asia’s World City is owed to Western civilisation. Followed by the hardships of Chinese people successfully assimilating to bear major economic feats.

Even the presence of South Asians serving the colonial army and public policy is invisibilised, with the post-handover implementation of the mother-tongue policy ensuring that employment was further limited for South Asian groups.

Malik has long-urged lawmakers to target the unmet needs of these communities, yet the prevalence of language discrimination goes unchecked. On several occasions, concern groups told her that hundreds of government translator job applications are frequently rejected. If you can’t speak in fluent Chinese, you are not eligible to work for the government.

“At the front desks in immigration offices, we don’t have Indian, Pakistani, Bangladeshi or Nepalese language interpreters,” Malik said. Considering the sizeable population of non-Chinese living in Hong Kong well before the handover, Hong Kong-born South Asian communities are eager to offer “special assistance in communication” for new immigrants. Time and again, the Hong Kong government shows no sign of increasing funding to recruit translators for the non-Chinese speaking population.

Currently, government budgets do not encompass setting up official translation services. In areas of healthcare, food and hygiene, immigration, labor and transportation, low-income, non-Chinese families are unable to have equal and appropriate access. They are required to wait their turn for an English-speaking doctor for hours if not days for fixing an appointment.

According to a 2016 evidence-based NGO study, over 90% of the public sector jobs required proficiency in Chinese, both spoken and written; all but academic qualifications from South Asian countries are deemed ineligible by local employers. Without an accredited degree or local tertiary education, pushing many into low-skilled job fields from construction work to delivery services for their entire lives.

Many Hong Kong Chinese people look to their history as refugees fleeing China’s 1949 Communist victory profoundly shaping demands for independence from British in the late 1970s. Yet this narrative has forced the exclusion of minority groups from Hong Kong’s postcolonial nationalism too.

“Forget integration, the first step to improving race relations is to involve us in civic and public affairs. Apparently Hong Kong is cosmopolitan. But we know it is only business as usual. We’re still down here and hidden away,” Malik said.

Many like Malik are finding new avenues to bring activism to the frontlines of hot-button political issues such as universal suffrage. Although seeking acceptance is no longer on Malik’s agenda, she is fighting to “sensitise local Chinese communities to the narratives other than their own, to challenge their racial bias after living in isolation for decades.” 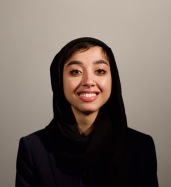 Fatima Qureshi is a freelance journalist currently studying for a Master’s in Journalism at the University of Hong Kong. She is a contributor at a nonprofit group – Table of Two Cities – that fosters self-empowerment for asylum seekers in Hong Kong through the medium of food and storytelling. She writes about intersectional feminism, refugee rights, immigration, and colonialism in the context of current political affairs.

One thought on “Nationalism and racial classification in Hong Kong”