Around the turn of the century, a string of controversial commercials appeared on television screens in India. The advertisements had viewers in an uproar. These commercials, which portrayed bleaching skin equating to success, were subsequently taken off screens. There were enough voices clamouring in dissent to have them pulled, but not seismic enough to create any kind of real momentum. It was, though, a shift in the cultural mindset. The controversy turned the spotlight onto a decades-long obsession: skin-whitening creams. Over time, though, the media moved on, leaving behind a host of unanswered questions.

In South Asia, like most of the Global South, light skin has become a form of social and financial capital. The hierarchy of caste is predominantly at play here: Brahmins, with light skin, are at the top of the ladder while Dalits – at the bottom – were deemed ‘Black’ due to their darker complexions. Colonial rule in South Asia helped perpetuate this as the structure of power revolved around whiteness.  Individuals aware of the caste system, and how detrimental it is to those oppressed within, contribute to it daily. Anti-blackness, as blatant as it can be, also weaves its venom subtly through people’s subconscious daily actions. 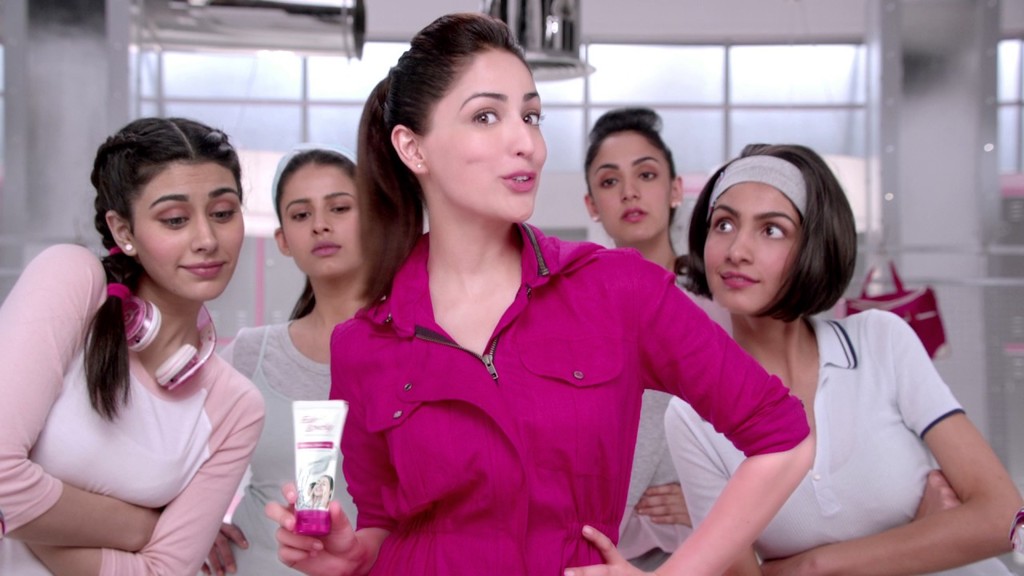 Countless online matrimonial profiles across websites and in-person “marriage CV’s” cite the fairness of one’s skin tone as a boon, a highly regarded characteristic. On these profiles, you can see how the fairness of one’s complexion is ranked higher than a university degree or professional status within a workplace. Young women are reprimanded by their elders for getting darker; this allows conditioned beliefs to seep through generations and into the psyche. Companies seeking a profit in a vulnerable market decided to take advantage of these insecurities.

Fair and Lovely launched in 1978 in India. The “skin-enhancing” cream with bleaching components was first targeted towards women. Growing at a 10-15 per cent per annum in India, the products expanded to Malaysia, Indonesia and Thailand before settling in places like Ghana, Senegal and Nigeria. With a staggering 50-70 per cent share of the market in India, which was valued at over 1.2 crores INR [roughly $179,000 USD], Fair and Lovely is currently the highest selling skin whitening cream in India.

“Skin bleaching is an effort to assimilate to the global standard of beauty, to make one more attractive for the society or market,” Shingi Mtero, a lecturer at Rhodes University in South Africa, mentioned. “This is often accompanied by other adjustments to one’s appearance – cosmetic surgery, weight loss, hair extensions.” Companies, of course, knew this and targeted insecure individuals via mass media commercials, advertisements, and literature that was immersed in racist beliefs. 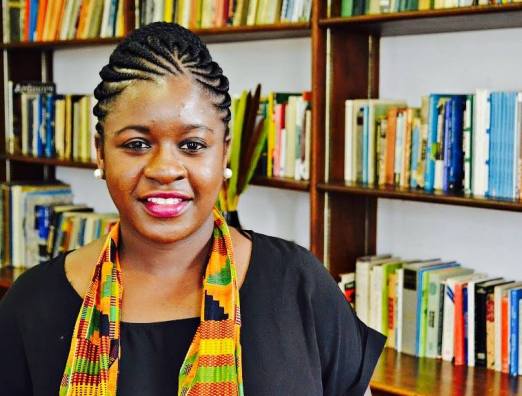 Corporations zeroed in on the lack of self-confidence felt by people whose complexion was considered dark. Marketing for these products was intrinsically racist. Implying that fairer skin equates to beauty, prosperity and confidence, advertisements propagated this myth for profit. Whether it’s a daughter of a family using Fair and Lovely products to get a job, or getting back together with your ex, the message is clear: be fair skinned, be white.

“Sometime in 2005,” actress Anu Hasan wrote in an email to me, “I was doing a commercial and the director came up to me and said ‘Madam, can we brighten your skin?’” Hasan promptly refused and is still an advocate for the banning of these products.  “Due to her complexion, actress and skin whitening advocate Debashree Mitra has been misidentified as a maid from “guards at apartment blocks, or like my friends’ mother who shooed me away from the gates!” Hasan says. Celebrity and anti-skin-whitening activist Wilbur Sargunaraj said, “We see directors casting fair actors and actresses, we see only fair models in advertisements and celebrities tell us that we will only achieve success if we use skin whitening creams.”

Commercials for skin whitening products were at an all-time high in the mid-2000s. Having drawn the ire of the public, companies turned to Bollywood celebrities: Saif Ali Khan, Neha Dhupia, Priyanka Chopra and even former Miss Universe Aishwarya Rai perpetuated the cycle of anti-Blackness by propagating the myth of white is right in these commercials for a paycheque. Companies, of course, knew that the weight of these celebrities could do more for them than any marketing or advertising campaign.

Despite most of these commercials fixating on women and in a patriarchal society, adding to the many insecurities women feel about their bodies, men are not exempt from these ideals. Companies have targeted and released skin whitening creams especially for men endorsed by the likes of John Abraham for Garnier, and Shahid Kapoor for Vaseline. Fair and Lovely have their own brand for men called Fair and Handsome. Unilever, the manufacturer of Vaseline-based products, even created an app that allows men to upload their photos and see what their faces would look like if their skin were lightened. Fairness creams, like any other skin care product, have made permanent homes on the toiletry shelves of many men. 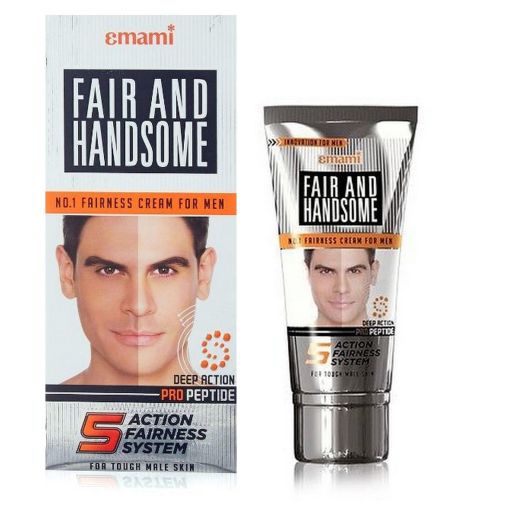 It’s easy to make a correlation between prejudices against Black people when skin whitening creams are such an ingrained part of society. Even though in Nigeria, 77 per cent of the country’s women use skin-lightening agents, and 59 per cent in Toga and 27 in Senegal, the largest and fastest-growing markets has always been in South Asia. “Many women who bleach their skin say that rather than wanting to strip oneself of their cultural blackness or Africanness, they just want to enjoy the benefits that come with being light in complexion,” Ms Mtero explained. She went on to say, “These perceived benefits are however underpinned by notions of race and privilege.”

“Marketing plays into this notion of success. If you look at any of the media campaigns featured on build boards or commercials, the ones dealing with a successful lifestyle always features those with lighter skin and model looks,” Canadian-Indian actor Rupinder Nagar said. “The campaigns around diseases, poor infrastructure, lack of education, etc always features those of darker skin and create this idea that they are not successful.” Actress and skin-whitening cream advocate Debashree Mitra echoed this sentiment stating, “I’ve been hearing that being dark is not acceptable for as long as I can remember. These blatant lies are fed to us by our society, media and especially by companies that create skin-whitening products.”

When applying bleach to your skin becomes an everyday practice like brushing your teeth, it isn’t surprising that there is violence against African Nationals in India; that Bollywood celebrities are okay with African football players being called a “gorilla”; that Bollywood, itself, allows racist caricatures of Black people to be performed and are lauded for it. When a society of over a billion people is happy to perpetuate a cycle of anti-Blackness through the consumption of skin-whitening creams, it seems overwhelmingly difficult to navigate the complexities of overcoming such an embedded sense of belief. Kavitha Emmanuel, though, is fighting for a better future.

An activist, she is the founder of Chennai-based NGO Women of Worth, who started a campaign called Dark is Beautiful [DIB] in 2009. DIB has gained significant momentum since its inception. The inspiration for it occurred when Emmanuel “came across a collection of artwork created by a high school student who was left ashamed of her dark skin throughout her childhood”. Starting a conversation around the topic was the hardest part, but she quickly found that there was a national and then international conversation about the issue. This led to a change in the guidelines surrounding advertising in India.

Despite the advertising rules being in effect for a few years now, they have found loopholes. Fair and Lovely now have videos depicting how their products “empower” women. Slowly, though, opinions are shifting. Vishakha Singh, a former Fair and Lovely spokesperson, is now a spokesperson for DIB, voicing her concern with these products. Through these campaigns, education on topics like colonialism and the detrimental health effects, all of this is becoming better understood. The creams are not natural. They are full of chemicals that can damage internal organs and affect the placenta during pregnancy. It can increase the chances of skin disease and sensitivity to the sun. Yet a company like Dove, which preaches self-esteem in Western countries sells skin whitening products in India. They did not respond for comment.

“If the social, political or cultural structures around you discriminate against you for a natural feature you were born with,” Ms Mtero acknowledged, “it would make sense to try and escape that discrimination, to make yourself more socially acceptable.” Ms Mtero went on to say that “The judgement of self-hate could be seen as a desire to change one’s self as a result of the structural reality that discriminates against you because of that feature. If you do hate yourself, it is because you live in a system that hates that aspect of you.”

Change is not instantaneous. It’s rejecting cultural norms, of standing up to societal pressure to appear lighter-skinned, it’s discussing prejudices within the caste system. “It starts by seeing the beauty in everybody, by telling very diverse stories,” Rupinder Nagar said. Debashree Mitra echoed the sentiment stating, “We must remember our wider social responsibility with the next generation. To help believe in themselves, their potential, ability and confidence in who they are, as they are.” 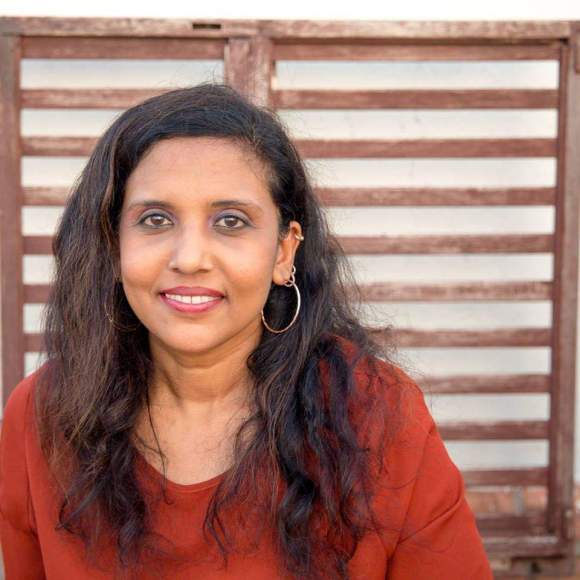 Kavitha Emmanuel of Women of Worth

Kavitha Emmanuel is helping to do this with DIB by going to various colleges and high schools to teach young people about the dangers and toxicity of the products. The ideal scenario would be to ban these products altogether. Countries like Cote d’Ivoire and Ghana have shown the way, banning skin lighteners with other countries in the African continent gaining momentum with their campaigns. “The colonial history of Africa,” Ms Mtero explained, “which dates back to the 1500s (or earlier) has influenced how African’s perceive themselves and how African societies are organised. This will not change in a short time, it may take just as long to deconstruct the prejudices of colourism, as it took to construct them. However, if women can gain other forms of social capital eg higher levels of education, economic resources, jobs, then skin tone as a form of social capital may start to hold less value among women.”

Colonialism has wreaked enough havoc through inter-generational trauma and abuse. One small step goes a long way. Unpacking how anti-Blackness works within us and accepting ourselves for who we are and not through the conditioned realities of a post-colonial world can help topple a million-dollar industry. As Wilbur Sargunaraj aptly puts it, “Stand up and believe that no matter what your skin colour is, you are intrinsically valuable and beautiful just the way you are.”

Read the other articles in this series

If you enjoyed reading this article, help us continue to provide more! Media Diversified is 100% reader-funded you can support us via Patreon here or subscribe for as little as £5 per month here