Reaction to the news of Shamima Begum’s loss of her son are still lacking in humanity and empathy, even from white feminists, and as Shaista Aziz writes, that has a real impact on young women of colour

A young 19-year-old teenage mother born in Bethnal Green London has lost her third child in the space of five years. Her newborn son, a boy named Jarrah, was born in a sprawling Syrian refugee camp, and this is where he was buried, three weeks after he came into the world.

Baby Jarrah was British, yet the body he was conceived, carried and delivered in was stripped of her British nationality shortly after Jarrah entered the world by the Home Secretary Sajd Javid, who revoked her British passport saying she was a threat to national security.

His mother of course is Shamima Begum known to the world as the  “Jihadi Isis bride” who left her home in London, when she was 15 years old to travel to Syria and join the terrorist entity known as the Islamic State. There is plenty of documented evidence pointing to Shamima and the two friends she travelled to Syria with as being victims of sophisticated online grooming by Isis recruiters.

Shamima Begum’s baby died on the same day as women across the UK were celebrating International Women’s Day, an annual commemoration of the sisterhood in all its glory and a day to shine a spotlight on the work of activists, campaigners and everyday women challenging the patriarchy daily and striving for equality, human rights and justice.

Yet despite this, there remains a massive reluctance by many women in public and political life who define themselves as feminists to view Shamima Begum as anything other than a ‘unpalatable’ monster for whom its hard or impossible to garner any sympathy for. This position becomes more entrenched for white feminists and many women commentators. 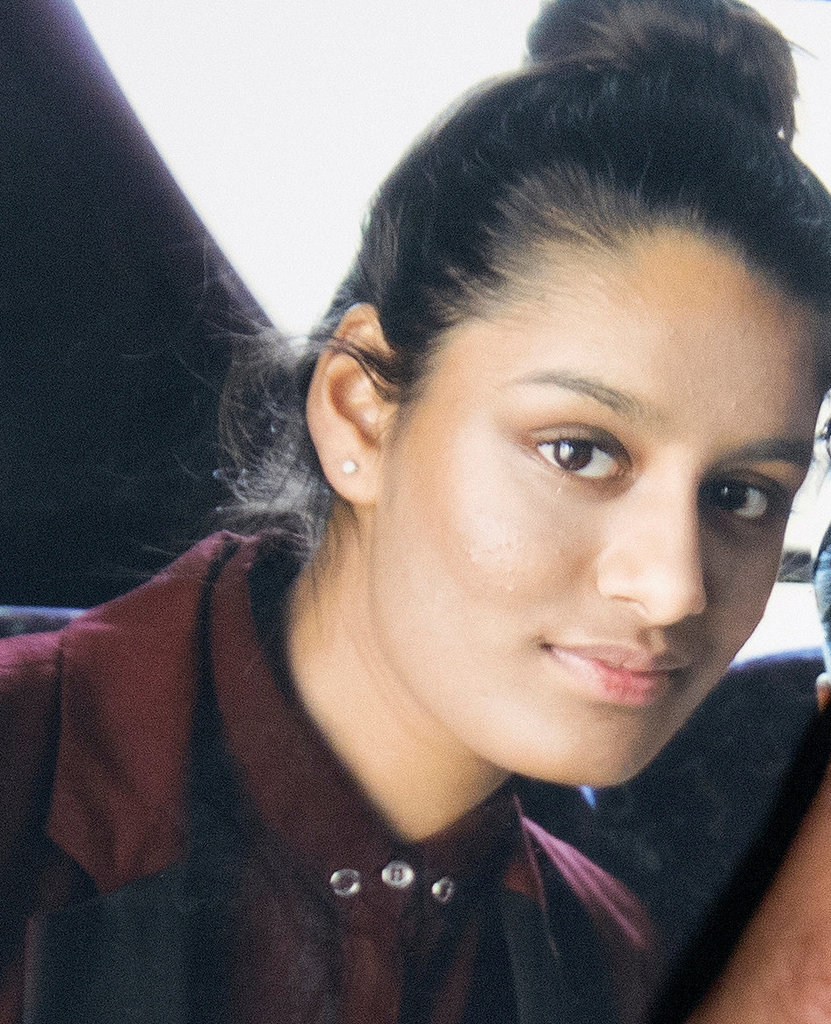 Shamima Begum before she left the UK

On the BBC’s Question Time last month Ella Whelan, of Spiked fame, referred to Begum as a “witch” and Telegraph columnist Alison Pearson wrote that even though Begum was British, she was in fact never British. Over the weekend, Labour MP Jess Phillips wrote a piece for The Observer stating:

“Even the leftiest, the most feminist, even those expert on how girls get groomed, find Begum herself unpalatable. There is little to sympathise with in a woman who joined, and still justifies joining, a death cult responsible for the rape and murder of thousands. I get that she is not Little Orphan Annie. But she is a British citizen – we can’t undo that just because she’s unpalatable. We don’t get to “unBritish” those we don’t like, even if they don’t respect our laws, our values and our idea of the common good. Begum is not other – she is us”.

The choice of words used is interesting and loaded. The only reason Begum has had her nationality stripped is precisely because she is ‘other’ and It is her ‘other’ status that has allowed ‘us’ to wash our hands of her and her now dead baby. It is because she is ‘other’ that the Foreign Secretary Jeremy Hunt has said it was too dangerous for foreign office staff to rescue her son while he was alive for three short weeks. This is despite British journalists and aid workers accessing and operating in the same Syrian refugee camp and others in the country.

It is this exact othering that lead to her face ending up on a shooting range near Liverpool used as target practice. The owners of the shooting range Michael Jones and Emma Saul said they began using Begum’s portrait for shooting practice due to a “record number” of customer requests, reported the BBC’s Victoria Derbyshire programme.

“Shamima Begum is not the only British Muslim woman in a Syrian refugee camp who has had her citizen stripped. The Sunday Times has reported on the cases of two more women from the UK, who are in Syrian camps with their young children”

It was reported that visitors to the range, some of them young children, can take aim and fire at the black-and-white image of Begum overlaid with a target. Her name appears superimposed on the target in a Bengali-style English-language script to further emphasise her otherness.

Shamima Begum is not the only British Muslim woman in a Syrian refugee camp who has had her citizen stripped. The Sunday Times has reported on the cases of two more women from the UK, who are in Syrian camps with their young children. The women have been stripped of their citizenship.

Reema Iqbal and her sister, Zara, from east London, were first named by The Sunday Times. The BBC reported that the decision to remove their citizenship was taken by the former Home Secretary Amber Rudd, in April 2018. Rudd was forced out of office for the government’s hostile environment policy, which has stripped victims of the Windrush generation of their British citizenship and human rights.

Last Friday, on International Woman’s Day, I was invited into a school in London to talk to teenage girls about race, representation, aspirations, and role models. The girls I spoke to were fiercely bright, inquisitive and clued up, the one common thread connecting them all was that they, like me, are British and the daughters of immigrants.

I asked the group when was the last time they had seen an image of a young woman who looked like them in the media, on the news on social media or in a book that they’ve read?

One response in particular took my breath away.

One student raised her hand and said: “Shamima Begum. She looks like some of us.”

Another student continued: “Yeah, but they also say she looks like a terrorist.”

Shaista Aziz is a journalist and founder of NGO Safe Space