The suspension of the No Outsiders programme that aimed to educate pupils about LGBTQ issues at Parkfield school following protests from parents has brought about the spectre of a return to Section 28. As Khalid Ibrahim writes, it is a state of affairs Muslim communities must resist

The recent news regarding Parkfield school suspending the No Outsiders programme until a resolution is achieved highlights how the fight for equality is not plain sailing, despite how we feel that we’ve advanced as a society. To hear of 600 children being taken out from a programme – where no doubt there will be a certain percentage who will be LGBTQ – seems like the school caved into the demands of bigoted parents.

There are so many issues with the fact that the parents felt the need to withdraw their children them from the No Outsiders programme. Growing up in a former mill town in Northern England, I never knew what it was to be LGBTQ and Muslim. At home, my family were leading their lives and unequivocally I was living a heteronormative lifestyle, which caused for me to repress my most inner feelings towards people of the same sex. I was never taught at home about sex – even if I were heterosexual, pre-marital relationships would have been frowned upon – so the recent claim from the Parkfield parents that they wanted to teach this kind of education in the home themselves baffles me.

“The No Outsider programme has many strands, of which LGBTQ inclusivity is one element. The fact that the entire programme has been postponed speaks volumes as to how bigotry and ignorance is seeping into schools”

For me personally, the education that I needed for me to feel welcomed and accepted happened only when I started my bachelor’s degree at University. It was during those three years that I was able to discover that my presence is not an abomination. Nor is it a contradiction. I suffered from years of mental turmoil from the pain of living my life as I was meant to be.

I soon joined the university’s LGBTQ society that welcomed me with open arms, and provided me with the friends and education I needed as I prepared to enter life as a gay Muslim. and resources to educate myself, socialise with others like me and provide an insight into individual stories that weren’t too different from mine. It was not until I saw Tan France or Dr. Ranj on TV, that I was able to comprehend that I myself may be worthy of love; the setbacks from being bullied, along with my family conditioning me to be a version of myself I clearly was not took its toll.

As I was not educated at home about the birds and the bees – South Asian Muslims rarely talk of sex, let alone provide in-depth information about how to safely have sex and healthy relationships – There was a part of me that wished I received this education earlier, so that I didn’t spiral into the various issues that tormented me in my late teens. The recent news of Ofsted approving the lessons is a clear sign that the education is fit for purpose; it seeks to display that there are more than the stereotypical nuclear family i.e. a mother, father, and a child of each sex.

During BBC’s The Big Questions, which aired on 10th March, Paul Salahuddin Armstrong Co-Director of the Association of British Muslims said: “It’s about inclusion. It’s about teaching children not every family follows the same model. There are families that are different, and not to bully them” I agree that this programme is for the betterment of society. We must, as religious (and non-religious) society accept that LGBTQ people exist. To deny their humanity, or to erase them is deeply disturbing.

A comment on the show also likened being LGBTQ to ‘cannibalism’. This is definitely harking back to the fear of LGBTQ community and how they were viewed in the past. The parent on the show also remarked how the parents weren’t consulted, though the programme had been running for four years. It is dangerous, and archaic to compare LGBTQ people to acts of utterly despicable acts such as bestiality or cannibalism. It charts dangerous territory in spreading hatred against the LGBTQ community.

One parent expressed her hypocrisy when she said: “We are all for diversity, we don’t want to judge anyone… we were not aware of the (LGBT) lessons, they are teaching it to kids and confusing them”. I would argue to not have exposure will do harm in the long run, regardless of the child’s sexuality. We must protect our brothers and sisters.

She then later stated that ‘(Parkfield) shouldn’t be teaching kids… having two mums and two dads – this is personal stuff [sic]’. The irony is that there are always going to be people – be it in public or on the TV – showing affection, or expressing their love and presentation of a heteronormative relationship, and increasingly LGBTQ people are represented in the media and are proudly living their lives in public. 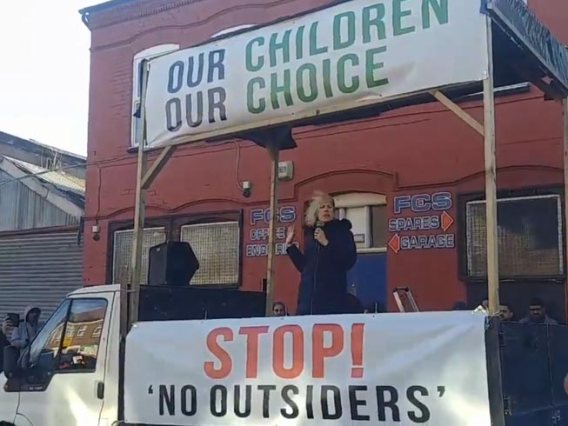 The following comments did bring hope to the hate-filled situation, especially when Khakan Qureshi stated:  “LGBT is not a lifestyle choice; it’s who we are… you talk about Islam being about tolerance, but for me, (as a Gay Muslim), Islam is about acceptance… It’s about inclusion. It’s about teaching children, not every family follows the same model. There are families that are different, and not to bully them.” The show was important in reflecting how there are lived experiences of people who are both Muslim and LGBTQ, to have someone tell the general public their views was incredibly important.

I take issue with the parents who speak of this curriculum being something which they themselves may take it upon themselves to teach their children. This is simply not the case as some of the topics are specific to the LGBTQ lived experience. I wonder how many of the parents have had the conversation? And for those who do not gain this education at home, that’s why it’s vital it’s provided. The No Outsider programme has many strands, of which LGBTQ inclusivity is one element. The fact that the entire programme has been postponed speaks volumes as to how bigotry and ignorance is seeping into schools. And this cannot be condoned, for the sole purposes that there will be children for whom that will be the first visual representation of an LGBTQ couple.

“It is up to British Muslims to be vocal – to engage and to lead by example. The recent furore has allowed for a repetition of the days of Section 28 and the terrible ordeal faced by LGBTQ community. We cannot turn back the clock”

“There are some children within #Parkfield – undoubtedly a few of them are going to grow up as LGBTQ – who will also be fed the message that they are unaccepted in the community and cannot be Muslim and LGBTQ. This is wrong” said Paul Salahuddin. Indeed in my class of around 30 pupils at school, we had one representative of each of the letters of L, G, B and T to my knowledge.

My question to the parents is: surely if something like LGBTQ is “confusing”, this reinforces the stereotype of intolerance in ethnic minority communities.. In the Qur’an, there is no reference to being gay, and the often used example is the story of Lot. And with all interpretations of various passages, these are up to how one defends their bigotry.

In the grand scheme of things, the LGBTQ community needs to be embraced within the Muslim community. There are some fantastic initiatives where this is the case – there is the inclusive mosque initiative, for example. These are groups (Imaan, Hidayah) that need to be consulted with by the British Association of Mosques to gain a further understanding of how the LGBTQ Muslim community can be assisted with leading a life where they are not just solely victimised from islamophobia but homophobia too.

It is up to British Muslims to be vocal – to engage and to lead by example. The recent furore has allowed for a repetition of the days of Section 28 and the terrible ordeal faced by LGBTQ community. We cannot turn back the clock – it is apparent that there still needs to be education on the identities we all embody. We mustn’t, and cannot return to former thinking which will undermine the great work already achieved in bringing tolerance and acceptance in the UK. It isn’t exclusive to the Muslim community – the protests were attended by Christians and Jewish groups, who also expressed anti-LGBTQ sentiments. It is vital for us all to take an active approach to stamp out hate-fuelled bigotry.

It is time to embrace those who have been consistently persecuted, as that’s all we have left to give to the world. To be hate-filled when you are yourselves a target – is not a good look. We must not allow bigotry to take the narrative we have all worked (and continue to improve). To me, the world is going to change – and we must speak up for the rights of those with identities that intersect. It’s our duty to protect future generations. 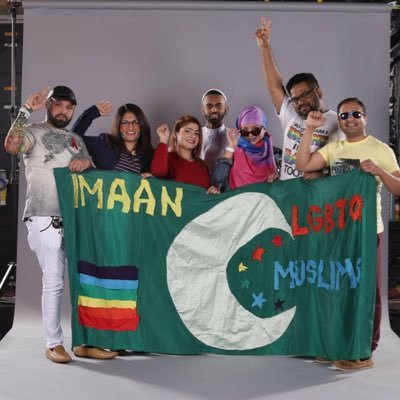 Khalid Ibrahim is an LGBTQ rights advocate from Yorkshire.