Soundtrack To The Struggle is more than ‘political’ music.  It’s more than an artist’s personal story.   It’s an encapsulation of growth.  It’s a detailed analysis of the depths of corporate greed.  It’s a body of work that will come to symbolise the period of time that we currently live in

Next in my scope is Lockheed Martin, they will tell you when the bombs need blastin, don’t stop listen to songs keep dancing, they don’t want us to have our own brains” Hand on Your Gun

The universal appeal of this album is the knowledge that someone (Lowkey and his featured artsts such as Klashnekoff) is keeping track of what is going on with the political classes and the Coalition of The Willing (aka the USA & Allies).  In his music Lowkey is able to describe why certain events happened and who they really benefited.  We have been distracted from the real issues, issues that effect the global south, issues that effect specifically the Middle East and Africa – if everyone really knew what was going on the Coalition of the willing  would find it much harder to get away with! So it is their interests to keep us satiated with brain fodder such as X-Factor and Britain’s Got (No ) Talent.

Knowledge is a key component in any revolution.  This was dramatically  shown with the start of the Arab Spring. For example the release of documents from Wikileaks in 2011 showed the extent of the corruption of the then ruling Ben Ali family in Tunisia. WikiLeaks Cables Help Uncover What Made Tunisians Revolt

Awareness is a key component to any struggle.  Just knowing what is going on, what it means and how it affects you is something Lowkey is able to eloquently get across in his lyrics and it is one of the core reasons behind his popularity 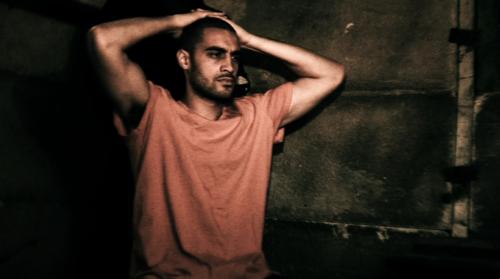 It’s over people, wake up from your dream now, Nobel peace prize, Jay-Z on speed dial, it’s the substance within not the colour of your skin” Obama Nation

A key focus of the album is President Obama and his administration.  It is so important because it fully summarises how it doesn’t matter how different the leaders look, if the people behind them are the same then they will be the same.

I was extremely hopeful when Obama became President.   He said all the right things and promised a new era of openness, compassion and development.  5 years later things are the same, if not worse.  He has taken all of the Bush policies (except for ‘enhanced interrogation’) and often honed them, casually taking the brutality to another level.

It’s not just Obama though; the same goes for David Cameron and this current coalition.  They are owned by the same corporate masters and the actions they ‘believe’ are best for the people are really what’s best for THEIR people.  So it doesn’t matter what they look like – if the power behind the throne

Who runs the country, Cameron or Murdoch, Who’s the government, a government that can’t govern” is the same then this will result in a continuation of the same old policies.

Yea it happened here and you think it’s an accident, just relax as we slip into fascism, and the fear gets drilled into your hearts, just remember these children are ours” Dear England

At it’s core this album tries to stir an awakening of consciousness. Through rhythmic descriptions it creates a powerful symbol of how the ‘ruling classes’ have helped create the problems and the situation the world finds itself in. Lowkey knows that the real solution lies in us as a people awakening.  During the album he describes his own journey to the point he has got to today and the issues he faced.  It’s important to know this story, as it’s the path many are on – they just never get to the final destination.  To sweep away the indignities of the past and the present, we have to know ourselves first.  Otherwise we will continue to descend as a society and the lives of the world’s children will not improve – and that should be the biggest issue for all of us.

Lowkey is a British musician, poet, playwright and political activist of English and Iraqi descent.  He first came to fame through a series of mixtapes he released before he was 18, before taking a hiatus from the music business. He is featured in the upcoming film ‘Hip Hop Revolucion’ Venezuela’s Underground Rebels  (Directors Jody McIntyre & Pablo Navarrete, Alborada Films, 2013)

Lowkey – Hand On Your Gun Lyrics

Lowkey: Why I had to say no to Westwood TV

Dubem Menakaya is a 23 year old graduate and aspiring entrepreneur.  He is an avid believer in changing the way things are done and sparking off a change and debate into the mindsets of young people and how we can come together to create a better future for ourselves. He writes on subjects of entrepreneurship and personal development and has a passion for politics and history.  @dmenak