Roy Hodgson, the England manager. A racist? Personally I don’t think he is.

What struck me isn’t the debate over Hodgson’s character, the vagaries of language, or the ever-present and; wearying proclamation of “political correctness gone mad!“ Rather, it was the general consensus that made Hodgson the ‘victim’ in this story. And the identity of the people leading the consensus was very pertinent. Television coverage, radio programmes, reams of newspaper coverage, all dominated by white people.

When it comes to race in Britain, particularly where football is concerned, the paradigm goes as follows: when black players have racial slurs uttered at them in foreign countries, we show outrage. Yet in this country, we’re more likely to parse racist incidents, often giving the benefit of the doubt to long-existing institutions of the sport.

While I’m not stating that English football is riddled with racism, I’m also not stating that it isn’t. You see, it’s tough to have an in-depth conversation about racism, when I don’t think many people know what racism is.

Banning people of colour[1] from public places, violent assaults, ethnic slurs; c**ns, w*gs, n*ggers, “Go back to Africa, you stink!” Do a straw poll, and I’d expect these to be the common responses if one was asked to define racism. And while that would be a correct answer, it would also be an incomplete one.

One of the best summations of racism that I’ve encountered came from The Nation journalist, Mychal Denzel Smith. Although not a definitive definition, it’s a very useful primer.

“Ultimately, racism is a system of oppression that has disproportionately benefited those classified as “white” and regards others as second-class citizens. For a policy/thought/action/statement to be racist, it has to reinforce that second-class status.”

But what hope is there for football to address race in a nuanced and coherent manner, when the main talking point to come forth last week was the trustworthiness of the player who leaked the story? Even if the morale of the England team was damaged, how does that take precedence over racial inequality? While it’s not the sole responsibility of English football to combat racism, you can’t stand by a narrative which states that racism is no longer an issue on these shores, if you’re not prepared to do the work required. 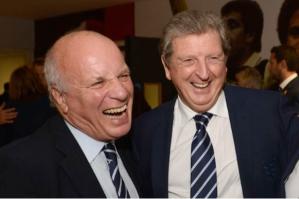 And this work should be led by those who feel the effects of racism most acutely. Is there a genuine will in British football to create an environment that helps people of colour[1]? Because if so, then ask them, empower them, get out of the way and let them lead the discussion.

Why are there so few black managers? Why does the issue of race only stretch to black players? Why has Britain’s Asian population barely made a dent in the footballing consciousness[2]? Do similar inequities exist in the women’s game?

Questions like this barely scratch the surface of how racism functions, but a start has to be made. And not in a “we’ll talk about race when a controversy erupts” kind of way. But by making it as much a part of our footballing discussions as player salaries, increased levels of fitness, ticket prices, quotas of foreign players, and so on.

For clarity’s sake, institutionalised bigotry needs a lot more than a few token voices to correct past ills[3]. Throwing a few black faces – such as Stan Collymore, Jason Roberts, John Barnes, or Hope Powell[4] – at the problem, and expecting comprehensive reform, would be like trying to cure a bout of glandular fever by taking a couple of paracetamol tablets.

How can football move forward on race when most of the voices in the game are white? The absence of people of colour[5] from the upcoming FA commission to investigate the English game is a case in point – an absence not lost on FA board member Heather Rabbatts. 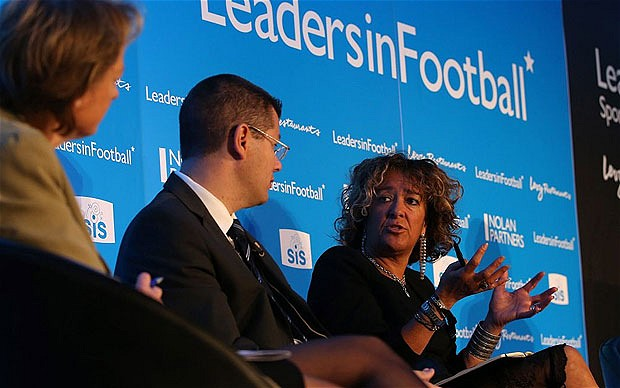 However, rather than use this as the alpha to begin a comprehensive exchange on race in football, FA chairman, Greg Dyke immediately went on the defensive, and then (rather cynically, in my view) made his response public. This felt like him telling the woman (a woman of colour, no less) to pipe down and know her place.

A conversation on race in football will only function effectively if the disenfranchised are placed at the centre of the discussion. This may not 100% cure English football of racism, but it can plot a pathway which allows us to efficiently handle situations when racism does occur.

Journalist, Joseph Harker has posited that Britain is a country in denial when it comes to race, and after this past week, I find it tough to disagree. Because as things stand, we have a choice. Either we do the complicated and difficult work to try and remove the obstacles of racism in the game, or we accept that we’re no better than anywhere else, and stop using headlines such as these to stand on a smug – and erroneous – moral high ground.

[1] Some feel uncomfortable with the term “…of colour”. The reason I use it is a simple matter of self-definition. But don’t take my word for it. Take Loretta Ross’s.

[3] Trudy, from the brilliant Gradient Lair blog, dissects the problems with tokenism  with assistance from the equally brilliant Audre Lorde.

[4] By the way, can anyone explain to me what exactly Hope Powell has done to be persona non grata at the FA?

[5] This has since been corrected with the inclusion of Rio Ferdinand. Although, it seems little more than tokenism at work.

3 thoughts on “Football vs. Responsibility”