The University of Oxford was the intellectual heart of the British Empire. One cannot walk through the city today without encountering the many busts, portraits, statues, engravings, and entire buildings dedicated to commemorating the Oxford men central to this imperial project. Stroll down Jowett Walk, most beautiful when dressed in the regalia of golden leaves that fall with autumn. Take a turn, then, down South Parks Road, and enter Rhodes House; play in its gardens, revel in its marbled grandeur, its rooms with high ceilings named after Jameson, Beit, and Milner. Pore over manuscripts in the Codrington Library at All Souls, or other library collections in the Gladstone Link, part of the famed Bodleian Library. Burst out onto the bustling High Street to see Rhodes again, posed majestically on the face of Oriel. Should it strike your fancy, explore the treasures – artistic, archaeological, ethnographic – held in the Ruskin School of Art or the Pitt Rivers Museum.

Jowett, Rhodes, Jameson, Beit, Milner, Codrington, Gladstone, Ruskin, and Pitt Rivers are landmarks in Oxford’s geography, looming larger than life amongst (sometimes even above) the dreaming spires. These are just some of the many ‘great men’ commemorated in a manner totally devoid of historical context. No reference is made to those subjected to unimaginable cruelty and oppression at their hands. Their ‘greatness’ and the wealth and prestige of the University are the direct products of imperialism and slavery. That Oxford’s imperial designs are far from over was demonstrated clearly by a recent event at the Oxford Union, which featured posters advertising a ‘colonial comeback’ cocktail, accompanied by a photograph of black hands shackled in chains.

This is not the only way in which Oxford fails to acknowledge how intimately it is materially bound up with the history of empire and, indeed, the extent to which it continues to participate in imperial projects today. The second kind of imperialism that I would like to consider is of the intellectual kind, which has often been termed ‘epistemic injustice’ or ‘epistemic violence’ – that is, a type of injustice or violence committed against an individual or group in their capacity as knowers. In the context of a university, this manifests itself in the content and style of the education it offers. The structure and content of university curricula is, then, a deeply political issue. The current curriculum at Oxford and elsewhere presents a severely limited vision of the world, in which particular kinds of knowledge (white, Western) are valued more highly than others. The marginality of African literatures at Oxford is yet another instance of this epistemic injustice. One can study ‘Postcolonial Literature’ (itself a hugely problematic designator) as a ‘Special Topic’ in the final year of a B.A. in English, but otherwise literature in English by writers from the African continent remains firmly in the margins, excluded from the genealogies and traditions of literary history. I would suggest that this can be best understood as intellectual eugenics. 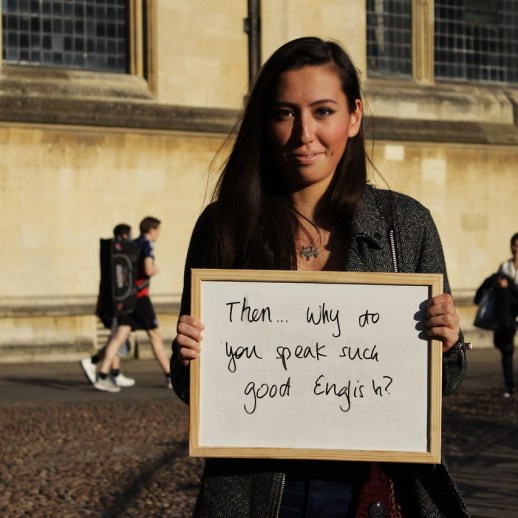 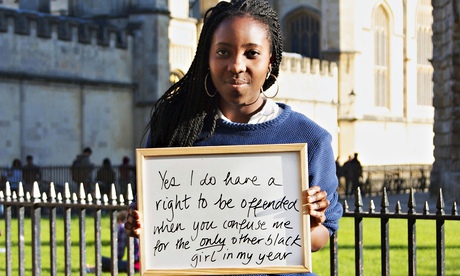 Academics and students alike are beginning to resist this kind of intellectual imperialism, from the commitment of UCL students to ‘dismantling the master’s house’ and asking ‘Why is my Curriculum White?’, the ‘Rhodes Must Fall’ movement at the University of Cape Town and, now, ‘Rhodes Must Fall in Oxford’ at the University of Oxford. As Sarah Pett recently put it, ‘It’s time to take the curriculum back from dead white men’.[1] Minna Salami’s recent piece on this problem in philosophy rightly argues that current syllabi indicate (ludicrously, and dangerously) ‘that only white men engage in the pursuit of knowledge’. Sara Ahmed’s work on the racial politics of academic institutions and the idea of citationality as ‘relationality’ is crucial here, too. Just how resistant British institutions are to confronting questions of race and empire is perhaps best demonstrated by UCL’s refusal to approve a proposed MA program on critical race studies. Last year’s ‘I, too, am Oxford’ initiative, inspired by ‘I, too, am Harvard’, powerfully raised awareness of the problem of racism at Oxford and called for it to be tackled at the institutional level. ‘I, too, am Oxford’ received its own share of backlash – including the completely depoliticized counter campaign ‘We Are All Oxford’. (This was followed by yet another Tumblr creation, the tongue-in-cheek ‘We Are All Awful’.) 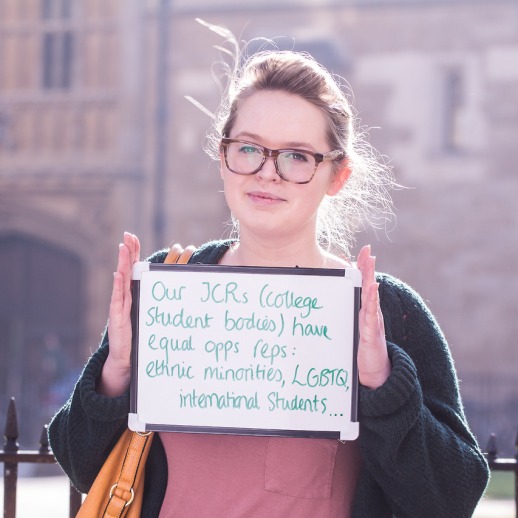 How does all of this relate to the ongoing election for the Professor of Poetry post at the University of Oxford? I would like to suggest that these important contexts have not properly been considered in discussions on Wole Soyinka’s candidacy for the post. Soyinka’s lifelong commitment to justice and anti-imperialist struggle is well known, and his election to the Professorship would have huge symbolic and practical significance. His election would signal the University’s commitment to the study of literature from the African continent. Just as importantly, if it is the role of the intellectual to speak truth to power, there is no one better than Soyinka to do so. Using the prestigious platform provided by the Professorship, he could assist the University in moving beyond paying lip service to the notion of diversity. Indeed, the institution must confront its relationship to empire with honesty and bravery. The title of Soyinka’s 1986 Nobel Lecture, ‘The Past Must Address Its Present’, is as pertinent now as it was almost thirty years ago. Oxford was built on empires of both matter and episteme. There remains much work to be done in the way of addressing and redressing the injustices carried out by the institution, and mere tokenism is no substitute for real structural change. That said, electing Soyinka to the Professorship would be a perfect start.

Natalya Din-Kariuki is a doctoral candidate in English Literature at Balliol College, Oxford. The focus of her doctoral thesis is the role of testimony and its ethical, aesthetic, and epistemological aspects in early modern travel writing on the Ottoman Empire. She has interests in literary and intellectual history, rhetoric, and various strands of critical theory, broadly conceived. She is a Rhodes Scholar, and thinks often of the qualities Cecil Rhodes attributed to the ideal imperialist scholar in the original version of his will: ‘smug’ scholarship, ‘brutality’, and ‘unctuous rectitude’ (164). She is determined to never be smug, brutal, or unctuous. Natalya tweets at @endeeekay

5 thoughts on “University of Oxford: Still the intellectual heart of the British Empire?”