Cleverman is a superhero story, similar in style and format to many predecessors of the genre, but unique in its cultural context. Koen West is the first Aboriginal superhero to emerge on our screens, bringing along with him a wealth of tales and philosophies from Australia’s Indigenous communities. Conceptualised by Ryan Griffen, the series blends the language of conventional Western television with a perspective that can only be offered by traditions of his heritage and the lived experience of those communities. It is heavily informed by The Dreaming, crucial to the Aboriginal identity and described in the show’s introduction thus…

“The Aboriginal people of Australia are the longest surviving culture on earth with over 60,000 years of stories known as The Dreaming. The Dreaming is the spiritual realm that binds the past, present and future together. It is inhabited by incredible creatures and spirits.”

Through superheroes, we form our collective mythology. We find an understanding of what we value, what we consider to be abhorrent, and determine what it is that we wish to idealise. Like many similar franchises, Cleverman is about the downtrodden, and in this case, racial dynamics is central to its storytelling. A group known as The Hairypeople constitute the oppressed minority. They are systematically persecuted and incarcerated not for breaking laws, but for being thought of as being different. They are covered in thick hair, and are physically stronger. Labelled “subhumans”, the government turns the population against the Hairies, using their unusual appearance to incite public fear, while any evidence of wrongdoing is markedly absent.

The Hairies are imaginary, but what they represent is familiar to us all. In the entirety of our history, we have been unable to exist without the notion of a foreign threat to keep our societies galvanised and coalesced. We give power to leaders in the name of protection against real and fictitious enemies, and in the process, groups are vilified in order that we may fabricate a state of illusory security.

“The show presents an allegorical view of some of the timeliest and urgent discussions going on our world right now – our collective treatment of minority groups and what common values we share that make us a society,” said Joel Stillerman, president of original programming and development for AMC and SundanceTV, who are broadcasting the series in the USA.

It is interesting to note that in the 50-minute pilot episode, Aboriginal characters are placed somewhere between the Hairies and the ruling class. Politicians and media moguls are white men, presented as villains of the piece, while Indigenous women and men are kept ambiguous in their complicity, with some taking advantage of the prevailing injustice, while others seem to be in support of the afflicted. Cleverman challenges our preconceptions of how Aboriginal personalities are represented on TV. We have grown accustom to seeing them as the underdog, and when confronted with an alternate group of abused people, that simple dichotomy of good versus bad begins to shatter. Are the Aboriginal people in Cleverman empathetic from having shared similar experiences with the Hairies, or do we re-assign their hardship completely from one group to another? Is it possible to watch a television programme about Aboriginal people without taking into account two centuries of subjugation and suffering as pretext to all their stories? Greater clarity will no doubt come as the six-part series continues to unfold (and in the second series that has just been announced).

“With an 80% Indigenous cast, Cleverman sets the benchmark for diversity on Australian television and its contemporary themes set in the near future will resonate widely amongst diverse audiences,” said Sally Riley, Head of Indigenous, Australian Broadcasting Corporation TV.

In its sci-fi world, anything can happen, but programs like Cleverman play an important part in shaping our communal consciousness about the way we relate to our Aboriginal communities. Like Redfern Now and Black Comedy that have come before it in recent times (both from the ABC), Aboriginal stories and characters are initiating conversations that will bring progress to our fractured lives. Having access to their points of view on the world we share, encourages understanding and promotes the mending of wounds.

The damage inflicted on Aboriginal Australia has been brutal, severe and long-drawn-out. Attempts at restoration have often failed, but the resolve for amends is persistent. It sometimes does feel as though it would take superhuman powers to make things right, and even though it is unlikely that a TV show will create a revolution, our first Aboriginal superhero will certainly be of help to many.

“It was important for me that my son had a cultural superhero that he could look up to as a young Aboriginal person… something he could connect to that was also entertaining,” said Ryan Griffen, Concept Originator.

People of colour know that role models are powerful and necessary. The more we are lagging behind, the bigger our fantasies need to be. Realistic expressions of who we are are of course important, but some forms of inspiration need to come from a place of dreams. Whether it be dystopia or utopia, we rely on those faraway lands to open our eyes to a greater future and Cleverman is leading the way. 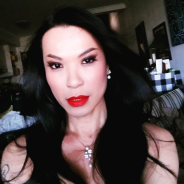 A Hit of Culture with Suzy Wrong is our regular column keeping you up to date and well informed about Australia’s arts, media and culture scene

Suzy Wrong is an Australian transwoman of colour. She is Sydney’s most prolific theatre reviewer, publishing independently at suzygoessee.com