If there was ever a microcosm for the unfair struggle between everyday citizens and huge corporate interests (including a repressive state), then Rio de Janeiro’s Vila Autódromo neighbourhood might just be it.

The impoverished community, which has been fighting eviction for years, sits right alongside the Olympic Park.

People here have been living with the threat of losing their homes long before Rio was awarded the rights to host this summer’s Games. The biggest sporting event on Earth only came to speed up the process.

This week, the protracted and painful struggle is coming to an end. City officials are doing their utmost to demolish the one block left standing – there were two this morning – before Friday’s opening ceremony. By the time you read this, they may have already done so.

The impasse reached a culmination last week, with around 20 families receiving the keys for their new homes built just yards away from where they had always lived. Their future houses, albeit smaller, are a stark improvement on their old ones.

However, this used to be a community of around 800 families. Most people here gave in to the emotional stress that comes from not knowing if their home will still be there when they return from work, and were either bought out by city officials, or placed in housing complexes elsewhere in Rio.

“I wouldn’t call this a success story, but a small victory,” says Maria da Penha, one of Vila Autódromo’s residents at the forefront of the struggle to remain. 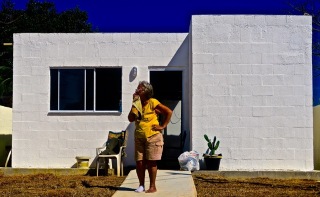 Penha is one of the few who decided to stay on the land she has called home for most of her life. The community she used to know, though, no longer exists.

“Our neighbours left because they lost hope of seeing this community receiving the help it needed,” she says. “The history of this place has been destroyed.”

Rio’s mayor Eduardo Paes has always maintained removing Vila Autódromo was necessary to facilitate access to the Olympic behemoths looming in the background. Local residents, though, never bought it, insisting that it didn’t have to be one or the other: there was a way for everyone to stay where they were, while allowing the Games to go ahead as planned.

“Our community had everything to be one of the greatest legacies of the Olympic Games,” Penha says. “Instead, City Hall’s position from the beginning was that no-one would be allowed to stay.”

Residents here have repeatedly complained of the tactics used by officials to cajole people into abandoning their homes. Months before the Games, garbage collections were halted, bulldozers started demolishing structures around homes, and threats were made by government officials.

Earlier this year, pictures of Penha with a black eye and bloody nose made the rounds on social media, after a violent clash with the city’s municipal guard. 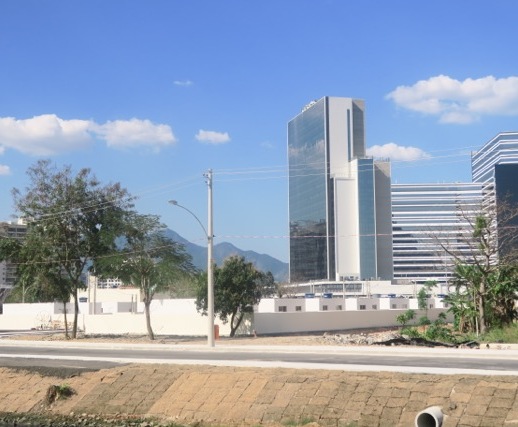 On March 8th, Paes told a room full of journalists that there was an ongoing dialogue between his team and Vila Autódromo residents. The problem, he said, is that “they are asking too much for their homes.”

Throughout Rio, other communities have also been evicted. Experts say those who were told to leave had to do so because they were standing on high-risk areas. In some instances, however, locals claim they have only received a few weeks notice without being given any alternative accommodation. They also claim that no test of any kind was ever conducted on their land to determine if their homes were in fact at risk. Popular opinion is that it had nothing to do with people’s safety and everything to do with real estate speculation.

“Vila Autódromo has always been persecuted by property speculators,” laments Sandra Maria, a lifelong resident. “The Olympics only came to exacerbate the problem.”

Speaking to people here, one doesn’t get a sense of resentment towards the Olympics. But they admit very matter-of-factly that what’s going on a short distance away wasn’t made for people like them. 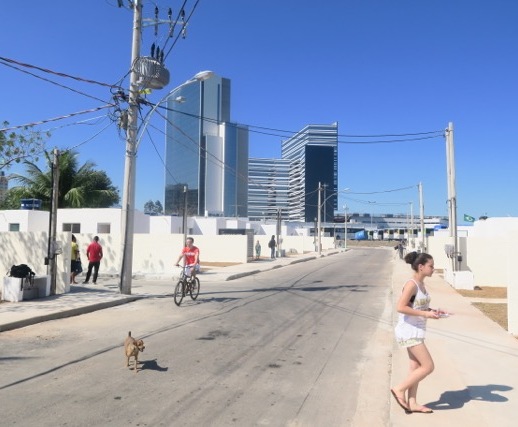 “I had a different idea of what the Olympics were supposed to be,” Sandra says.

“I thought it was an event put together to unite people, but in reality these are the Games of exclusion, thought out by the rich for the rich.”

Asked how she is going to experience the event, she gives me a wry smile, before answering.

“How does the poor participate [in the Games]? It’s during the construction of the venues and then as volunteers.”

“The government is so shameless they put poor people to work — for free.”

All photos by Felipe Araujo

Felipe Araujo is a freelance news journalist based in London. He spent five years at CNN International and covered the 2014 World Cup in Brazil for Germany’s public broadcaster ZDF. He writes about race and minority issues, sports and culture. Twitter: @felipethejourno 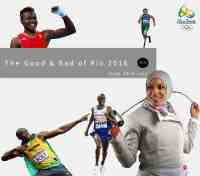