One of the prominent Cassandra stories leading into the Rio Olympics was the decision some famous male athletes took to skip the Games. Most notably in golf, with luminaries like Rory McIlroy and Jordan Spieth opting to spend their summers elsewhere.

It’s easy to lose sight of the fact that the Olympics are an exhibition of the sports that usually receive minimal attention, especially where women athletes are concerned. So many of the best performances we saw in Rio were those of women: Elaine Thompson; Katie Ledecky; Simone Biles; Michelle Carter; Kristin Armstrong; Majlinda Kelmendi; Sara Ahmed; Caster Semenya. 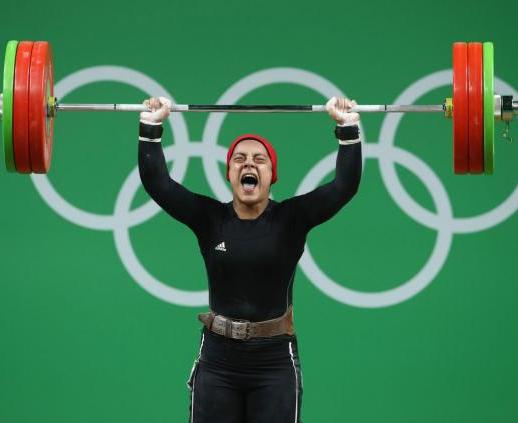 The coverage of these feats, though, has been as abysmal as the performances have been astonishing. It’s been aggressively sexist, reducing medallists to nameless wives, trainees of men who were almost “entirely responsible” for their success, or mothers whose children were supposed to prove insurmountable obstacles to athletic success. In another moment, during a beach volleyball match, the commentators consistently described Kerri Walsh-Jennings’ blocks as those of “mother-of-three Kerri Walsh-Jennings.”

Women athletes continued being nothing but exceptional, but their accomplishments were overshadowed by the gradual unravelling of the strange Ryan Lochte debacle, who had had a pretty unremarkable competition before throwing the Games into turmoil. Lochte’s deceptions also became the dominant swimming story, leaving little space to remember the historic swims of Ledecky and Simone Manuel.

Many, like Variety’s Sonia Saraiya, argued that women’s sports were the best part of this Olympics. Which raises questions about how they’re supported in future Olympiads. The IOC is already selecting new sports based on their appeal to younger viewers. In Tokyo, we’ll see surfing, skateboarding, and sport climbing. While they claim to have considered “gender equality” in their deliberations, they would do well to make this a high priority.

And what if the idea of the Olympics changes in the next few decades? In the run up to these Games, and at points throughout, ideas of rethinking the Olympics entirely have circulated. Among the suggestions – one I think should receive serious consideration – is to keep the competition in the same location, or a small handful of locations. This would ensure that facilities are reused, hopefully limiting the serial residential displacements that moving the Games around the world causes. Whether Greece is the right place for that – as some have suggested – is another matter.

Others note that each sport has its own world championship, making the Olympics redundant. But world championships, even for swimming or track and field, don’t have the same global reach as the Olympics. They are too frequently broadcast on obscure channels in America that require expensive cable or satellite packages.

And women’s professional leagues struggle around the world. Even here in the US, women’s professional soccer doesn’t have a stable presence. Different leagues have come and gone, rarely lasting more than a few years. For better and worse, it’s the Olympics that make the widest range of women’s sports visible to the largest number of viewers. Olympic levels of visibility can inspire girls and young women to take up sport. If we shift to another system, one presumably less ethically suspect and less mercenary, will women’s sport be collateral damage?

Unless bids from potential host cities run dry entirely – and that’s not entirely unimaginable – the IOC will likely sidestep the serious political and ethical problems of their mega event, so this may all be moot. But within progressive circles, this conversation is likely to continue, and the conversation has to ensure that women’s sports aren’t a casualty.

Christienna Fryar is a professor, historian, and pop culture junkie. She is from Virginia, lives in Buffalo, NY, and calls Durham, NC and London home. Twitter: @jamaicandale

One thought on “The Women’s Olympics”