This weekend we lost journalist, activist and thinker Darcus Howe.

In Darcus’ long career, he meant many different things to many different people. To pay homage to an undeniable trailblazer in the fight against racism and colonialism, here are

seven different views on the man.

It’s hard to sum up Howe’s immense contribution to the country and the impact of his civil rights activism. There have been a lot of audio and video clips of him circulating in the last few days but the one of Howe speaking to the BBC during the 2011 riots has lingers in my mind. In the face of a rather hapless interview, in which the journalist (who got his name wrong for good measure) wanted to focus on the violence and misconstrue his history of protest with rioting, Howe insisted on reminding her – and the public – that the real story was the fact that Mark Duggan had died at the hands of the police. At a time when Duggan was being portrayed negatively in the media, Howe drove home the point that he was a young man with a family, that a community was hurt by the treatment of their young men. The clip is a reminder that Howe’s fire was undimmed over the years. He has passed on, but his legacy will endure.

I, like many, will always remember Darcus Howe’s exchange with BBC presenter Fiona

Armstrong in the wake of the 2011 ‘upheavals’. After calling him the wrong name twice, she asked, “You are not a stranger to riots yourself, I understand, are you? You have taken part in them yourself.”

His characteristic straightforward response spoke to his fearlessness and cut to the heart of the subtext in Armstrong’s questions: “I have never taken part in a single riot. I’ve been part of demonstrations that ended up in a conflict. Have some respect for an old West Indian Negro, and stop accusing me of being a rioter. Because you wanted for me to get abusive, you just sound idiotic—have some respect.” This was how you expose the intricate workings of ‘race’ in our society.

But this one retort hinted at a lifetime’s work: this was a man well versed in speaking truth to power. For over four decades, Howe strived relentlessly as a campaigner, writer and broadcaster to reveal and challenge racial injustice. An integral part of the black power movement, he took on the police and won – forcing first acknowledgement of institutional racism in the UK in the process.

One of the things I liked about Howe is he never stopped exploring the complexities of ‘race’ the UK. His Channel 4 documentary White Tribe is one to revisit: filmed over seventeen years ago, his study of “why the English don’t seem to want to be English anymore” is still relevant today. As the obituaries reminded us, Howe was part of a generation of black thinkers whose work offers key insights into contemporary politics. His death, as academic Paul Gilroy commented, marks the end of the era. But his legacy will inspire anti-racism and anti-fascism in the UK for decades to come.

Darcus was The Trini legend of my early consciousness forming years. His level of questioning, and debate was unparalleled. On matters of justice and oppression he was an ordained orator. His word play was swordplay. To listen to him bust joke on racist white men and their sexual insecurity around black men was hilarious. He reminded me so much of my Father and Uncle’s generation of Caribbean men who came here in the ‘60s.

Darcus Howe wasn’t just a campaigner and intellectual, as others have rightly said, he was a colossus. When I first started writing about race-related issues just over a decade ago, he loomed large over the entire debate with authority, gravitas and experience that was unmatched.

And he did this by constantly challenging not just the establishment, but everyone around him. All writers and commentators are in danger of repeating themselves relentlessly and becoming boring as the world changes around them – not Darcus Howe. He kept us all on our toes and spoke with authority. I didn’t always agree with his views, 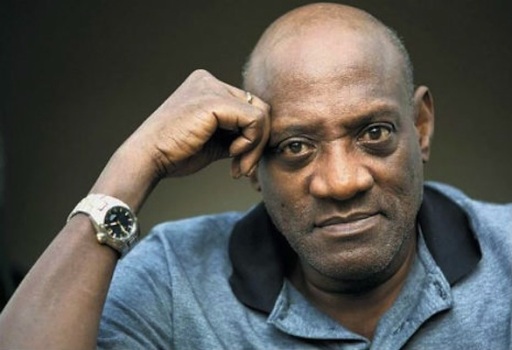 but I admired his willingness to constantly spark debate with new perspectives. Other people burn out after years of activism and agitation, but Darcus Howe just kept getting more important in our national conversation. That alone illustrates the strength of his legacy.

As a budding journalist in the early nineties at Choice FM, I interviewed Darcus at his home in Brixton. We spent and hour of challenging debate together, and disagreed over most, well… everything. He didn’t offer me a glass of water, never mind a cup of tea, so as soon as our chat ended I was more than ready to leave. But as I put on my coat, he put on his too, and asked me to come with him ’for a minute’. We ended up at his friend Lloyd Leon’s pub, where he bought me a pint of Guinness, and showed me the warm side of his nature. Maybe it was a ploy to persuade me to say something nice. But I left thinking he was a genuinely nice guy, who truly cared about people.

of books. One such name is that of Darcus Howe. His courage, commitment to justice, and endurance were admirable, at times even unfathomable, and always true. Modern (and yes, post-Empire) Britain has lost one of its giants.

Darcus was the rare thing, a leader not only born to lead, but unafraid of where that path might take him. A man whose deeds in the service of equality are so inspirational history would rather attempt to erase his presence, than teach of how he beat the system time and again.

If we speak of civil rights, we shouldn’t neglect to speak of Howe, and place him proudly alongside La Rose and Critchlow. These were our champions and we should defend them and raise them up. As we wouldn’t be who we are now without their dedication, and their sacrifices on our behalf.

If you like what Media Diversified does, subscribe and help us do more. We are fiercely independent and your support helps us stay that way. For as little as £5 per month (or via our Patreon) you can help guarantee we are always here to help give voice to the underrepresented.

One thought on “Darcus Howe: His wordplay was swordplay”