Malcolm X is esteemed as a towering figure in the history of Resistance against the ‘Western’ capitalist-colonial order for, in the main, two reasons: he and those he worked with took inspiration, leadership and positive examples from actually existing global ‘Third World’ or Black Resistance against colonialism and neo-colonialism and applied that to the struggle of Black people against the system of oppression.

Malcolm X brought a no compromising approach to the Black Liberation Struggle in the USA at a time when the Black masses were intensifying their struggle against the equally intensifying white supremacist resistance that withheld and still withholds the rights and liberation of our peoples. He took the example of the growing victories of Asia and especially Africa and explained that Black people in the USA should be taking a lead from them in terms of ideologies and organisational forms of struggle, and at the same time Malcolm X advocated that the Third World or Global South liberation struggles and newly independent radical countries should come to support the struggle of the Black masses in the West against both sections’ common enemy.

It was for those reasons – making serious headway in marrying global and localised struggles – that the powers that be killed Malcolm X and made him a martyr. Therefore across the planet people recognise Malcolm X as one of the highest personifications of the potentiality of struggle in the West. It is no wonder that he remains a primary inspiring example informing our understanding and struggles today, and for these reasons, amongst others, some of us are developing the Malcolm X Movement in Britain. 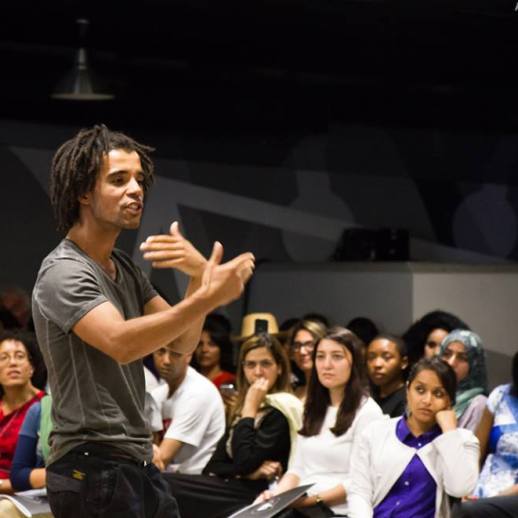 Inspired by the man himself, The Malcolm X Movement is a Black and Asian decolonial and anti-imperialist initiative launching in August 2015, which is trying to develop unity between the peoples of the Global South. White comrades are involved in the MXM and work just as hard as any other members, but have no veto power in the structure of the MXM. The reason why we decided on this is that there is a dearth of radical Black and Asian organisations in Britain and a preponderance of white left and westernised left organisations who either are uninterested, hostile to or/and ignorant of the histories, legacies and on going challenges and advances of the peoples, countries, movements and governments of the Global South against neo-colonialism and all the oppressions of the ‘colonial matrix of power’ including, amongst others, white supremacy, misogyny, environmental destruction and the physical and mental genocide of those resisting and being oppressed by neo-colonialism.

The genesis of the MXM starts in June 2012. A network of around 30 activists mostly in their late 20s came together from a variety of different political backgrounds to plan launching the movement in 2015. The initiators of this process knew back then that 2015 was a big year as it is the 50th anniversary of Malcolm X’s assassination.

Before the Malcolm X Movement (MXM) has even launched properly, we are delivering the first annual Malcolm X Film Festival in March-April and have conducted a one year long free course on white supremacy through the MXM initiative of the Assata-Tupac Liberation School, as well as our first public event. attended by nearly 200 overwhelmingly Black and Asian youth in June 2014 entitled Strike the Empire Back.

In late 2014 we began tentatively organising towards the first annual Malcolm X Film Festival as a three day event only in London, which has now turned into a series of seven events in at least six cities including in occupied Ireland (‘Northern Ireland’) in Belfast with other cities as other activists wanted to host events. The film festival is a truly historical political event for radical Black and Asian politics on this island for several reasons. It is the biggest initiative of decolonial Black and Brown led politics on this island for the last 25 years or so. Unfortunately not since the last years of the Radical Third World Bookfair has this country seen such.

The amount of support it has and is receiving is similarly unprecedented, with some 36 (and counting) organisations involved. 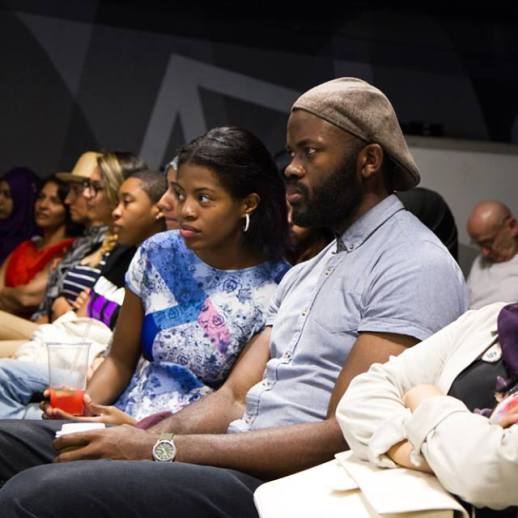 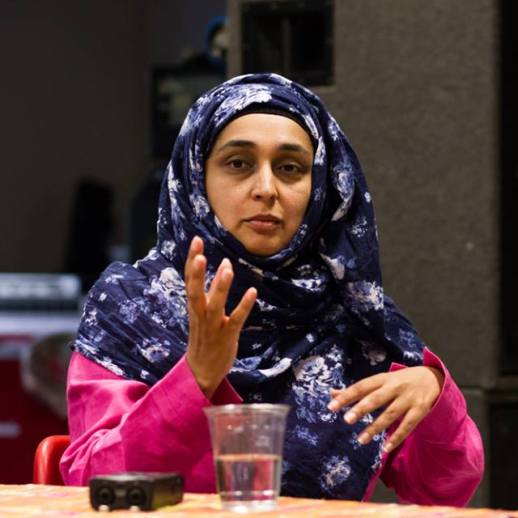 The event is being supported by some of the most inspiring political movements on the planet today fighting neo-colonialism such as the revolutionary Palestinian group the Popular Front for the Liberation of Palestine and their iconic leader Leila Khaled will be speaking at an event. The Libyan Popular National Movement are also an official supporting organisation despite one of their main spokespersons – Dr Moussa Ibrahim still being wanted by NATO! – speaking via video link he will be imparting how Malcolm X inspires the peoples of Libya to struggle against those who have lynched, raped and persecuted dark-skinned Black Africans and Libyans and those opposing NATO’s project there.

Also importantly we have the Black Panther veterans association, which gathers all the Black Panther veterans in the Black Panther Alumni supporting the film festival too. Members of Zimbabwe African National Union (Patriotic-Front) are also speaking from of one of the most effective decolonial Pan African and radical anti-imperialist states on the continent. And of course it is a real honour to have someone from the Shabazz family speaking via video link at the Malcolm X Film, sister Ilyasah Shabazz, an articulate and inspiring political activist and author in her own right and one of the daughters of Malcolm X. One cannot underemphasise how powerful it is to have the Shabazz family, the PFLP, ZANU-PF, the Black Panthers and Irish revolutionaries and many others supporting such an event.

The Film Festival will feature three panels with related themed speeches and interviews from Malcolm X, especially from the last few years of his life. The speakers and discussions will echo the themes being discussed in the three panels:

The idea of the first annual Malcolm X Summer Festival came out of the simple recognition that there is no flag ship annual event in Britain focused towards celebrating and learning about Black and Asian struggles, our culture of Resistance and Humanity and on-going challenges. The Malcolm X Summer Festival seeks to celebrate through a diversity of workshops, panels, film showings, and other cultural and political activities engaging thousands across the country. 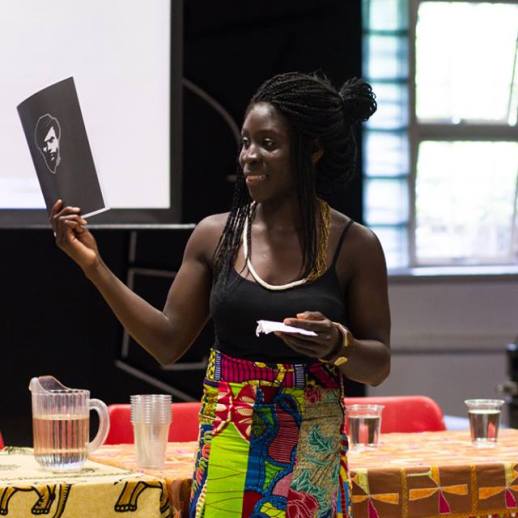 The Assata-Tupac Liberation School is the educational arm of the MXM which starts another annual course this May hosted in central London but accessible to people beyond who cannot physically attend via live streams, podcasts, Youtube uploads and reading outlines and reading lists delivered by revolutionary experts and participants of struggles of the Global South. And it’s free! The Liberation School is where young people can develop themselves with the ideological tools for becoming revolutionaries, no other organised structure other than this liberation school exists in this country which delivers an on-going professionally constructed and free educational course in basically: Revolution.

Furthermore to all of the above, the MXM is launching grassroots campaigns at the Malcolm X Summer Festival, which will address some of the direct and immediate problems that our communities are facing and exposing how they impact us on a global level.

The reason the MXM has conducted a liberation school course, a well attended and successful public event, a film festival and a summer festival before we have even launched is that we have seen too many times when organisations seek to recruit and be active that they have actually done very little and have very little to offer. Rather, the MXM has sought to show people what we are capable of achieving, what we stand for, how we operate and who we are and what we strategically and tactically seek to do for the years ahead.

When the entire so-called ‘west’ is going deeper into crisis on all levels, as the west increasingly strikes, as its global positions of hegemony are slowly being whittled away by the growing capacity of the Global South, while the repression in the west in the forms of oppression of women and girls, of young people, white supremacy, housing and social problems all of which is a asymmetric mirror reflection, a microcosm of the neo-colonial and NATO covert and overt wars against the peoples of the world, it is imperative more than ever to build a base of Resistance to this order from right here in the UK, within the heart of whiteness. The MXM invites people to get involved, to contribute what we can in our modest way to the process of standing up against this system of oppression and standing with those who have and continue to effectively counter and destroy oppression and open up a new liberated future to Humanity.

Sukant Chandan is one of the coordinators of the Malcolm X Movement. He has been involved in global solidarity with struggles of the people of Global South against neo-colonialism for nearly twenty years including work around struggles in Palestine, Colombia, Korea, Turkey, Zimbabwe and Libya. He was one of the co-founders of the radical youth coup the Che-Leila Youth Brigades in the early 2000s, which was launched from occupied Ramallah, Palestine at the height of the Second Intifada in 2002. He has also been involved in grassroots work in initiatives such as the Culture Move and other projects around issues of police brutality and racist and religious hate crimes. He appears regularly on Russia Today and Press TV in advocating for the rights and resistance of peoples against neo-colonialism.

One thought on “Introducing The Malcolm X Movement”