Last month on a balmy Friday night I was treated to the launch of Siana Bangura’s debut book of poetry, Elephant. Elephant captures Bangura’s compassion for life – her own and those of the people around her wherever her travels have taken her. However it is her refusal to apologize for her blackness, her womanhood, and all of the intersections therein which make Elephant that much more compelling. “And as you refuse to use my name, this is all you need to know about me. Listen very carefully: B-L-A-C-K. You can stop choking on the sound now. Stop biting down on the word so hard. Don’t be afraid to say it. I’ll say it for you: B-L-A-C-K. You heard me. As you refuse to call me by my name – you can call me black.”

Fast forward to last week when the Afropunk London lineup was announced. So many were excited to see what it could do for black British UK artists. We were particularly excited for those artists who we’ve long known to carry the same ethos Afropunk swore to preserve from its inception: independent, defiant, self-assured, unapologetic, and bloody brilliant black Britons that excel marvellously; who absolutely should have their words heeded and endeavours appreciated.

The rumour mill about who would perform kicked into overdrive some time ago but when the initial bill was revealed, all that exhilaration turned into dissatisfaction. In a devastating move, Afropunk has shifted from a free event raising up local PoC talent amongst established ones to simply becoming an annex for the establishment they once rebelled against; one that would rather maintain a certain selective kind of punk ethos and aesthetic. For the icing on the cake, they have overlooked superb local acts to give the stage to M.I.A., an artist who over the past year has made countless careless comments steeped in anti-blackness. AND for that they are charging us double the price they usually ask for in any other city.

In other words: the very tenets of what it means to be afropunk – celebrating black punk communities, their pioneering efforts to establish and further the movement, and their relentless participation in punk and alternative music cultures – are to be quietened so that a non-black artist can continue to parade her conflicting message of political blackness and wilfully obtuse anti-black musings whilst profiting off of artistic expressions born from that same culture.

To many it feels awfully like a missed opportunity to properly represent black Britain’s best and brightest on a stage that could have potentially sent shockwaves around the world and clear the all-too-familiar fog of apathy amidst a diaspora conflicted about the nuances of our collective and respective blackness.

To paraphrase filmmaker Cecile Emeke, calling up MIA instead of someone like Little Simz for Afropunk’s inaugural London outing would be akin to “going to Barbados to link Joseline Hernandez when you could [sic] calmly link Rihanna.”. If only Afropunk had done some research, we may have had a lineup like this.

The backlash has reportedly led to MIA dropping out of Afropunk London but not without doubling down on her original sentiments, tweeting “Sorry I’m not doin Afropunk. I’ve been told to stay in my lane. Ha there is no lane for 65mil refugees who’s lanes are blown up!#nolanes”

When I saw this, I was reminded of Afropunk’s organisers themselves when they gave their justification for charging for admission in a 2015 VICE interview. They used a similar brand of cognitive dissonance MIA deployed when called out about her erasure laden commentary on Black Lives Matter (see below). Back then, Afropunk said patrons should support it anyway because if you’ve bought a pair of Jordan’s, you should buy a ticket to Afropunk lest the movement come to a screeching halt. In response to the backlash for Afropunk London, they’re again seemingly offended by the criticism telling BuzzFeed they were “very upset” by people being critical of the lineup and MIA’s inclusion.

Earlier  this year MIA said: “It’s interesting that in America the problem you’re allowed to talk about is Black Lives Matter. It’s not a new thing to me — it’s what Lauryn Hill was saying in the 1990s, or Public Enemy in the 1980s. Is Beyoncé or Kendrick Lamar going to say Muslim Lives Matter? Or Syrian Lives Matter? Or this kid in Pakistan matters? That’s a more interesting question.” Aside from the fact that black lives and Muslim lives are not mutually exclusive, surely if one wishes to highlight a particular struggle, one talks about that struggle directly without haphazardly dropping other struggles into a disingenuous socio-political hierarchy.

Truly, MIA’s whataboutery was an unwelcome derailment in an already febrile atmosphere, and also ignored that we can and do already have these respective discussions. Those protesting her featured spot at Afropunk London made this abundantly clear. Before anyone asks: yes, these protests were wholly necessary. Afropunk is a movement, so it behoves those at its helm to consider the merits of the arguments made to support their choices.

Black Britons have long gotten used to having our labour erased and our various cultures diluted and rationed out, in some sort of asinine cultural a la carte. After seeing major award ceremonies, UK music festivals, and UK’s music industry continue to overlook black British talent, to have an event like Afropunk London do the same was effectively the last straw.

Although we can still have many other celebrations of black British talent, we have yet to see any sort of consistency in black British representation. Spots are routinely given to those that are ready and willing to represent a more racially ambiguous world, over those who aren’t afraid to speak about the challenges we have to contend with and to remove the pejorative context surrounding our differences.

That’s not to say Afropunk London doesn’t feature some prominent black British artists. It just sticks in the craw that its premier slot was given to someone who wilfully misunderstands blackness, both the nuance of it and the intersections therein.

One hopes that Afropunk London can become that glorious homecoming it set out to be, rather than a random rave at Alexandra Palace claiming to stand for us while rewarding those who erase us and appropriate our culture. 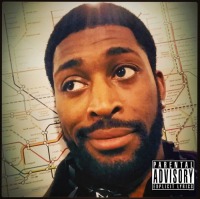 Joseph Guthrie is a UK based musician, and writer.  Originally from south London, most of his education was set in central Florida (United States). His nomadic life has seen him return to the UK in 2010 and when he’s not tending to the IT infrastructure of a major printing company, he’s the lead vocalist for the band Ships Down and is Nothing Ain’t Nice recording artist. He also contributes to music blog Sampleface.