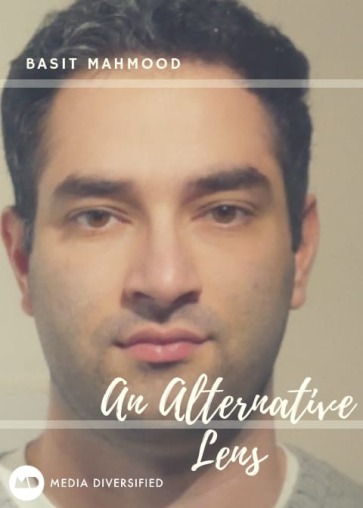 As three Conservative MPs quit their party to join the new Independent Group of MPs, I wondered if, among the reasons for their departure, any would make reference to the Islamophobia that has become so rampant within their party.

Many of those who joined the new group from the Labour party had made reference to antisemitism as one of the reasons for choosing to leave, so I wondered if anti Muslim bigotry would also be treated as an equally abhorrent form of hatred, meaning none of the MPs could bare remaining in the party.

Antisemitism and Islamophobia are both equally reprehensible forms of hatred and both must be treated equally and tackled. It appears however that bigotry towards Muslims in the Conservative party doesn’t seem to be of much concern to many of its MPs, let alone a reason for wanting to leave.

The Conservative Party’s Islamophobia problem seems to be widespread. Zac Goldsmith chose to base much of his mayoral campaign on it when he sought to portray Sadiq Khan as a Muslim extremist, whilst Boris Johnson tried to use it to boost his leadership credentials when referring to Muslim women as “bank robbers and letterboxes“.

“These aren’t exactly the actions of some extremists on the fringes, but are at the core of the leadership of the party. All this, and yet Islamophobia isn’t given the same level of attention or scrutiny as antisemitism in the Labour party”

Bob Blackman MP has retweeted anti Muslim thug Tommy Robinson, as has also hosted Hindu nationalist Tapan Ghosh who, among other hate filled diatribes, has called for the ‘UN to control the birth rate of Muslims’ and praised the genocide of Rohingya Muslims in Burma.

Or there’s Michael Fabricant who tweeted an image of Sadiq Khan as a pig. These are the actions of MPs and leadership hopefuls, but just you wait till you get to the grassroots which include councillors being suspended for hate filled posts about Muslims, many of whom have been re-admitted back into the party.

These aren’t exactly the actions of some extremists on the fringes, but are at the core of the leadership of the party. All this, and yet Islamophobia isn’t given the same level of attention or scrutiny as antisemitism in the Labour party, nor is it portrayed as a scandal that requires much soul searching.

This is despite religious groups like the Muslim Council of Britain demanding an inquiry into the Conservative party as well as notable conservatives like Sayeeda Warsi asking for more to be done, labelling the problem “very widespread”.

Is there any objective reason then to justify less coverage of Islamophobia in the Conservative Party? One of the reasons for the muted response to Islamophobia in the party, is the failure of so many journalists and press to hold the governing party to account.

“It would involve much of the press shining a light on itself when it comes to Islamophobia, and if the phone hacking scandal is anything to go by, we know the media doesn’t really like asking itself soul searching questions”

Given that so much of our tabloid press produces sensationalist and misleading stories about Muslims, whether it be the Times’ false Muslim foster families story or the Sun’s claim that 1 in 5 British Muslims support ISIS, not to mention the daily articles that suggest the entire community is “a threat within”, “forcing schoolchildren to eat halal meat”, or trying to “ban Christmas”, is it little wonder that many fail to hold power to account when it comes to Islamophobia?

It would involve much of the press shining a light on itself when it comes to Islamophobia, and if the phone hacking scandal is anything to go by, we know the media doesn’t really like asking itself soul searching questions. Indeed, Islamophobia is so normalised through so much of the tabloid press, that many journalists have become oblivious to it in the Conservative Party.

What clearly appears as bigotry towards the Muslim community is seen by many in the media as a sure-fire way to gain clicks and shares, rather than being responsible for calling it out. This is how normalised prejudice towards Muslims has become. Islamophobia is ignored by those whose role it is to hold power to account, because for much of the media itself, Islamophobia has become a lucrative bigotry blindspot.

Basit Mahmood is a freelance journalist and columnist for Media Diversified