by Shane Thomas
This post first appeared on The TV Collective

Since Matt Smith announced his departure as the titular lead in Doctor Who, conversations have spread throughout geekland, speculating on who the next Doctor would be. And throughout these conversations, I kept coming back to the same conclusion; it’s going to be another white, cisgender male, isn’t it?

Inevitably, I was left disappointed. For clarity’s sake, my bugbear isn’t that the new Doctor is a white, cisgender male. It’s that all twelve Doctors have been white, cisgender males. Journalist, Bim Adewumni tweeted sentiments regarding the casting of Peter Capaldi that align closely with my own. And while the fact that’s he’s older than previous Doctors is a positive, it may also have remnants of male privilege. 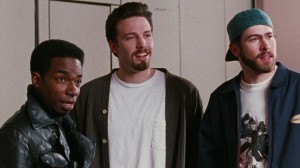 In the film, Chasing Amy, writer/director Kevin Smith gives Ben Affleck’s character (who authors a comic-book) a line in which he talks about the target audience for his comic; “Over or underweight guys who don’t get laid. They’re our bread and butter.” This is a throwaway line in the context of the movie, but makes a telling statement regarding the perception of people who like ‘geeky pursuits’. All that sentence was missing was Affleck’s character saying, “”Over or underweight white guys who don’t get laid.” Did you notice the cutaways to the audience during the half-hour press release that doubled up as an announcement for Capaldi’s casting? Finding people of colour in the crowd was not easily done.

So, white guy loves geeky things? Standard practice. But anyone else? That’s either anomalous or suspicious, which causes prejudice such as this. Steven Moffat is reported as saying that now didn’t feel “right” to have a female Doctor[1], which shows that the sexism in Doctor Who goes to the very top.

In his first interview since being cast, Capaldi stated that he felt Doctor Who “belongs to all of us.”

To which I say, yes Peter, it does. All of us. As earlier mentioned, I think he’ll do a fine job as The Doctor, and those making wearisome Malcolm Tucker based jokes should look at his excellent work in the second series of The Hour for some indication of what to expect from him. My problem isn’t with Capaldi at all, but with the unchecked privilege inherent in the notion that Doctor Who is a white, cisgender male (and able-bodied) preserve – which also alienates future potential audience members. 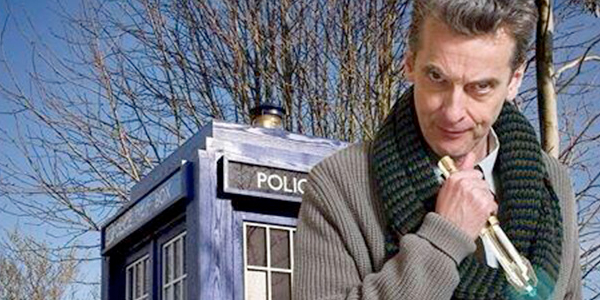 Well, guess what? Plenty of us who don’t fit in that aforementioned category also have a deep love for genre-fiction. And rather than be an afterthought, many of us would like to feel truly part of shows like Doctor Who.

We may love the show, but it appears that the show doesn’t love us back.