In India resides an industry that in the year 2010 raked in £432 million from its invariably loyal and dependent customers. This industry, since 2010, has projected growth of 18% every year. This industry had 233 tons of its various products consumed in the given year 2010. In regard to this industry’s target consumer,  it seems the market is in the process of further diversification.

If one was asked to guess the nature of this industry, the usual responses would vary from soap, shampoo to even a wild,  educated guess of birthday cards. Sadly, this is not the case; the industry in question is the skin-whitening industry. An industry that essentially exploits and operates based on the age-old premise in South Asia, and around the globe that, darker complexions are physically inferior, ‘ugly’ and, ultimately, undesirable. Though these set of attitudes and per-conceived notions owe their origins to the caste culture in South Asia, the modern form of this discrimination is nothing less then unjust and disheartening.

I should stress that India is not unique in conforming to this premise; nonetheless it is here that such products are gaining eminence. From Bollywood actors to politicians, it seems everyone is jumping on the skin-lightening bandwagon.. 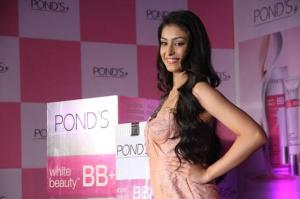 In South Asia, discrimination based on skin-complexion expresses itself principally in two elementary ways. First in the form of how unfavorably an individual can be perceived in regard to physical attractiveness, which consequently can, and most often does manifest itself in deep psychological scars such as low self-esteem.

The second way in which this discrimination expresses itself is through the opportunities available to an individual in terms of their career and life. A textbook example of of this can be found in the professional field of acting, mainly in Bollywood, where actresses at castings have been plainly told their complexion is ‘too dark’ for the given role.

These societal attitudes have existed in South Asia for many generations. The full extent to such deep-seated bias can be historically placed upon the fact that in South Asia working class laborers tended to work in fields for hours upon end, thus making their skin complexion considerably darker than that of the wealthy ruling class.

It was Unilever that first took advantage and capitalised upon these attitudes in 1978 by introducing Fair&Lovely cream.

One product from the Fair&Lovely range called Fair&Lovely Advanced Multivitamin cream has the following description:

Although Fair&Lovely was the original product to be introduced as a way for customers to act upon such deep-seated beliefs, it is PONDS (another of Unilever’s companies) who made serious headway in further perpetuating this misguided bias.

For instance, in a recent marketing strategy PONDS undertook a series of short adverts with high profile and influential Bollywood stars, which could be described as nothing less then blunt discrimination.

As is observable within the advert and the product description the emphasis is firmly placed on the idea of fairness as a ‘characteristic’, to be sought and desired, regardless of the month of the year or situation.

Though the industry currently faces criticism from anti-discrimination organisations and medical experts, it is nevertheless expected to grow. This is primarily due to the fact that the Indian middle class is expected to grow to 583 million by the year 2025. Hence the belief that ‘fairness’ is synonymous with upward social mobility, and desirability. 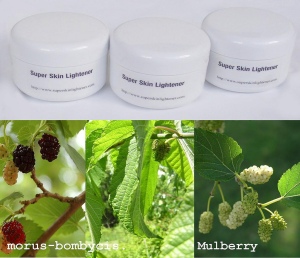 The skin-whitening industry faces condemnation from anti-racist organisations in India, one such organisation is the campaign Dark Is Beautiful. The campaign, which has various, significant figures behind its message, hosts Nandita Das as their lead spokeswomen. The organisation has undertaken activities through a variety of platforms ranging from an online blog, interviews and workshop/seminars in order to challenge, and ultimately, have their anti-discriminatory message understood and embraced in mainstream South Asian society.

Spurred on by the works undertaken by anti-discriminatory campaigns thousands of miles away, the author of this article, Media Diversified, and many other enlightened activists took to Twitter on 24th August, 2013 in an attempt to alert PONDS to their racist adverts. Though no response was received by any of the participants of this spamming campaign, one hopes that that the core principles of equality and celebration of all skin complexions guiding this campaign were understood by PONDS.

The world that my father and his father before him lived in was one in which division based on class, ethnicity, skin complexion amid many others reigned. One would hope in my time that some of these divisions are removed from the mainstream narrative due to the prejudices they maintain and spread.

The Colour of Sexism

Taimour Fazlani is a student activist with with a keen interest in all subject matters, ranging from metaphysics to economic systems. Avid blogger born and raised in Karachi and lived in Glasgow and London. Tweet him @taimour_khan