It’s best to begin this with a statement of intent: I ingest a lot of popular culture. It’s the staple of a lot of conversations with friends, a reliable icebreaker when meeting new people and can make me a useful addition to any pub-quiz team.

However, many think that popular television, movies and music are disposable pursuits. It’s what you do from being exhausted after a long day at work and want something to passively consume. I’ve lost count of the amount of times I’ve heard, “It doesn’t matter. It’s only a song/movie/TV show.”

I divest from such a viewpoint. Popular culture is one of the few things that link a large portion of this country – and further afield. It’s one of many aspects of how we mediate our relationship with ourselves, and those around us. This very website is founded on such a belief. So you’re not going to get much change with me by stating that popular culture doesn’t matter.

The reason for this declarative opening is to contextualise the subject of this post. The subject being the rapper, Iggy Azalea.

Azalea has been a regular on British commercial radio for most of 2013 with her singles, Workand Bounceboth making the Top 20 singles chart. However, there’s another strand to Azalea’s career that many will not be aware of without a Google search that goes beyond the cursory. In short, Azalea has committed to the Internet a number of transgressions that include cultural appropriation, homophobia and racism.

The first is a series of tweets in which Azalea makes derogatory comments, stereotyping the bodies of women of colour, talking about playing football with “5 dyke bitches”, and finally, utters a slur towards Native Americans.

In the midst of a Twitter spat with Nicki Minaj, Azalea makes something of an apology, apparently thinking that sexism, racism and homophobia are acceptable behaviour, as long as you’re not famous. The problems continue, when on the song, D.R.U.G.S, Azalea refers to herself as a “runaway slave… master”.

Now for this incident, she gave a more thorough apology. However, the problematic collisions with race continue in the video for her latest single, Bounce. The video is shot in India, and features Azalea dressed in the traditional dress of the country, complete with sari, and a bindi on her forehead. Azalea’s explanation for this choice is something of an indeterminate ramble, eventually trying to explain it away as “a fantasy”.

For any non-Indian to daub themselves in Indian clothing is often problematic – and even more so when that person is white – and seems to have no understanding of another country’s history or its culture. This ties into a wider (and ongoing) issue that goes back to the minstrels in blackface. Simply put, the dress, dialects, and customs that derive from people of colour are not part of a buffet table for the pleasure of white people. “Hey, look at that sari! I need to try one! Oh, and aren’t those braids adorable! Someone needs to do my hair like that. Africa’s such a beautiful country, isn’t it?”[1]

Sadly, and all too predictably, Azalea’s thoughts on the issue of race in hip-hop left a lot to be desired. She seems to be completely unaware (regardless whether you think her music is any good) of how her white privilege has given her a degree of access to mainstream success, and also seems to misunderstand what segregation is.

Now, it wouldn’t be prudent to ignore that the issue of white people in hip-hop raises numerous questions regarding appropriation, and what their place in the culture should be. Aamer Rahman recently posted his thoughts on this.

I don’t fully agree with Rahman’s argument. I tend to be more of the opinion that crediting the origins of one’s work is the most important thing. However, I am definitely on board with how Rahman deconstructs the nature of white privilege in the context of hip-hop, especially with regards to Azalea. And while some may think I’m singling out Azalea[2], I do so because she’s become a touchstone of the problem. Each of her aforementioned displays of bigotry have often been followed with some kind of apology. But part of being contrite is to take steps to prevent repeat occurrences, which Azalea has clearly failed to do. 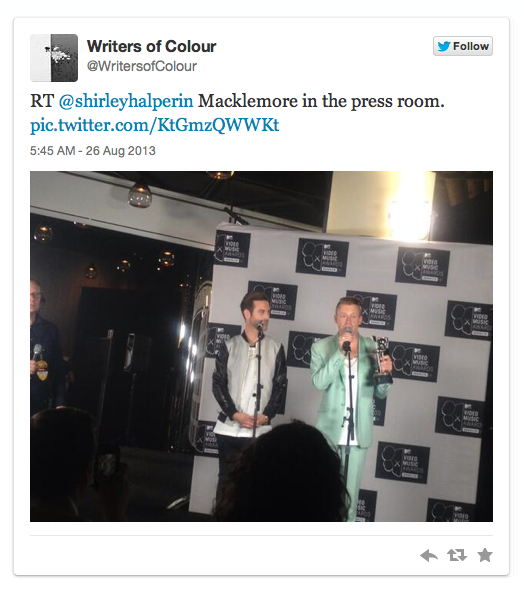 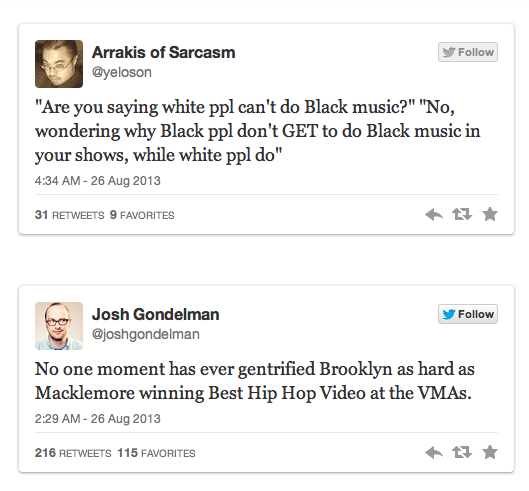 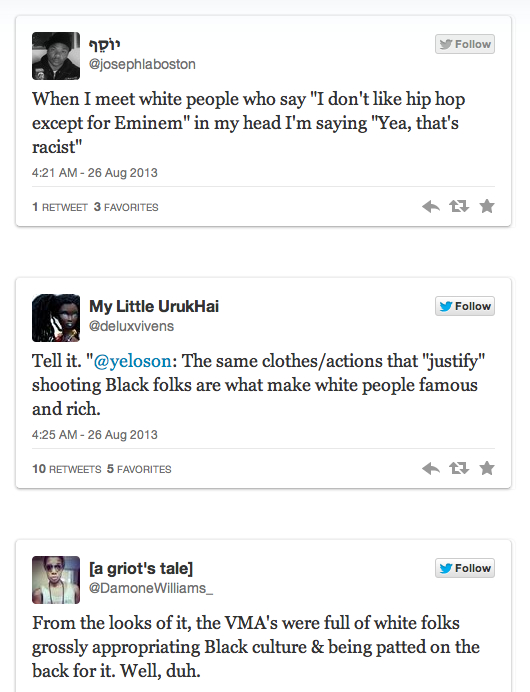 The primary reason for my focus on Azalea, and not on a different white rapper like, say Kreayshawn, is that the latter isn’t a significant presence in popular music. The former is. At the time of writing, Bounceis in regular radio rotation, not only on Britain’s commercial stations, but also on the country’s major urban music station, Choice FM. Again, why single out that particular station? Because they have placed themselves as Britain’s premier space for urban music. Their use of the world “urban” rather than “black” is quite telling, as is the identity of their Digital Editor and Managing Editor[3].

So while I’m disgusted with any media outlet that promotes Azalea in a positive light, Choice FM have to come in for particular criticism. If you’re a station that plays solely black music, there’s one hell of a cognitive dissonance between doing so, and also playing the music of an artist who has habitually piggybacked on the work of black people for her own ends.

And to bring this back to my second paragraph, the argument that Choice FM are “only a radio station” whose responsibility is to play music rather than play politics, is asinine. As journalist Dave Zirin has said,

“not taking a political stand is still taking a stand.”

And by airing Iggy Azalea’s songs (without even the slightest pushback from any of their DJ’s), Choice FM have made the political stand; to co-sign her racism.

[1] Yes, I know Africa isn’t a country. It’s a satirical comment on what many ignorant people say in regards to the continent.

[2] Sure, Azalea’s not the only one to co-opt black music. For example, UK commercial radio stations are currently being plagued with Miley Cyrus’ new “black sound”.

[3] David Farrar and Stuart Grant. Both are white men. Both have senior positions at radio stations that cater to a more white mainstream audience.

Media Diversified is a 100% reader-funded, non-profit organisaton. Every donation is of great help and goes directly towards sustaining the organisation

42 thoughts on “Iggy Azalea and a Culture of Appropriation”