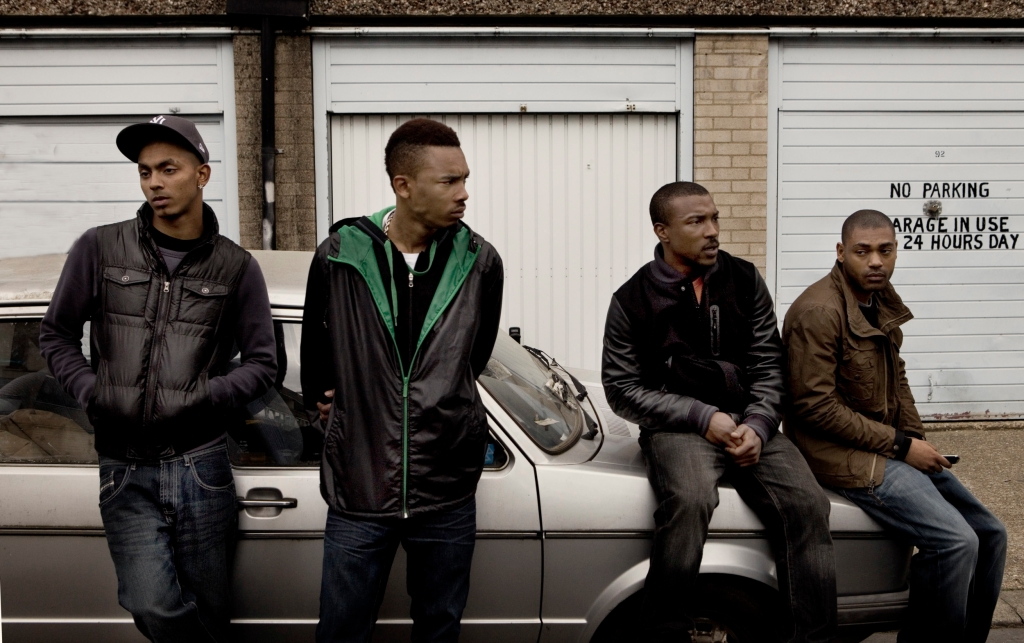 The recent Channel 4 series Top Boy came in for much criticism from some quarters. There are those that argued that this gritty urban drama set in east London which depicted a young Black drug gang was yet another negative depiction of Black males on our TV screens. No wonder, they argued, that Black men are disproportionately targeted by the Police, and face harsher sentencing by the courts, when we are so often depicted in the media as sociopathic criminals. Not only this, but how can young Black boys aspire to become positive members of society when they are forever seeing themselves portrayed in this negative light?
Similar criticism was directed at the E4 series Youngers. This programme also had two Black male inhabitants of an inner-city council estate as the lead characters, but in this case the two main protagonists were not aspiring drug dealers, but instead were wanna-be Grime artists. Criminals, rappers, or athletes. How can our Black boys aspire to be anything greater some argue, when these are the only role models they see? And to make matters worse all the music that young people listen to seems to be promoting a ‘bling and bitches’ lifestyle and espousing the ‘get rich or die trying’ philosophy made famous by 50 Cent.

I see things differently. I sat and watched both of these series with my teenaged sons, and took the time to discuss with them the issues raised. I wanted my sons to see from the comfort of their living room sofa, that this is how too many of the less well-off tenants of the nation’s council estates live. I wanted them to understand that, right here displayed in glorious HD, was the reason that I and their mother chose to move out of Hackney when they were still in infant and primary school. Back then we could see that if we stayed there, their life chances would be greatly diminished. Sadly many other parents realise this fact too late to save their sons.
In one scene from Top Boy the solicitor of the main character Dushane (played by Ashley Walters) describes the estate on which he lives, and proudly claims to be the boss of, in less than flattering terms. “Somerhouse is a shit-hole”, she spits dismissively. “Well done, you’re the king of shit-hole.” For the fictional character of Dushane displayed the same poverty of aspiration as so many of our young men. For him, the fact that he was the ‘top boy’ of his housing estate, meant that he was a success; that he had reached the top of the totem pole. He struggled to see any life for himself outside of the confines of this small deprived patch of east London.
But this all too widespread lack of aspiration cannot be blamed on Channel 4’s script writers, or any other television channel. If you as a parent, are expecting the television to imbue your children with ambition, then you both need help.
There is an argument that Black children are underachieving in schools because they don’t have enough role models there either. Not enough Black male teachers, and not enough Black people on the curriculum. Black educational underachievement they argue, is partly due to the fact, that Black children feel that the curriculum doesn’t relate to them.

But I would ask, ‘how come Indian and Chinese children do not have the same problems, when they are equally ignored by the curriculum?’
Chinese children infact have the best educational outcomes from the UK school system, despite there being very few Chinese teachers, or Chinese historical figures on the curriculum. Could it be that Chinese and Indian children are not relying on the UK school system for their sense of self? We can see many examples of more recent immigrants to both the UK and US, who after only one or two generations leave the indigenous Blacks far behind, strangely unencumbered by the racism and discrimination that indigenous Blacks complain prevent them from progressing.
The real reason why we as a community are doing less well than our Asian brethren is because they are not relying on the host community to define them, or to give them a job/success.
Yes, we all need role models, but it’s much better if they are closer to home. Real people that we can observe in real-life, speak to and ask for advice. If the only older males that you can look up to in your hood are the local drug dealer, the best rapper on the block, or the guy that got a contract with the local football team, then that’s all we can aspire to be – rappers, footballers and drug dealers. That’s part of the reason that Chinese kids and Indian kids are out-performing Afro-Caribbean children in school. Because they have real life role models in their own community, who they can actually observe and learn from.

The first role model for a boy should be his father. But what if you are growing up without a father, as too many Black boys are? Then you have to find someone else to fulfil that role. It is this vacuum that leads so many of our young to turn to gangs – looking for a father figure – a phenomenon called ‘father hunger’.
Part of the reason that so many of our youths are so disengaged from the educational process, is not just down to the ‘stale and pale’ curriculum, but because they don’t see the benefit of an education. They are doubtful if there will be any jobs available at the end of the process, and even if there are, if they actually want them. They’ve seen how hard their parents have worked, and how little they have to show for it. No wonder the promise of the fast money to be earned ‘on road’, or the fame and fortune of a career in music or football seem so much more appealing.
The school system is set up to allow you to obtain qualifications that you can display on your CV when applying for jobs to work for someone else. What they don’t teach you in school is how to be self-reliant: how to set up your own business and create your own job.
And if no-one in your family is running a business, how then can you know how to set one up and be a successful entrepreneur? If no-one you know has a good job, how do you find out how you go about getting one? That is where role models and mentors come in, and there are numerous organisations in Britain that exist to fill that gap.
So if you are really concerned about the values that our kids are aspiring to, don’t waste your time and energy writing angry letters to Channel 4 or campaigning against the likes of Rick Ross and 50 Cent. Get involved in your community. As Ghandi put it, ‘be the change that you want to see’.

Listed below are three organisations involved in mentoring, and they are awaiting your input.

The National Black Boys Can Association seeks to break the vicious cycle of underachievement, unemployment, crime and imprisonment. The Association supports community groups to set up and run locally based Black Boys Can Projects to meet the needs of Black boys in their locality. To find out more go to Black Boys Can

100 Black Men of London (100 BMOL) is a community based charity led by Black men delivering programmes on Mentoring, Education, Economic empowerment, Health and wellness and leadership. Their mission is to play a leading role in the upliftment and development of the lives of Londoners, especially children of African Caribbean decent, through education in life skills.
The video below shot in 2011, interviews a few members and volunteers about what made them join and what is it that caused them to remain a part of the long term vision of the 100BMOL..

The parent organisation founded in 1963 during the height of the civil rights movement, and which to date is 116 chapters strong, worldwide. You can check them out at www.100blackmen.org
If you wish to find out about the London chapter, who they are, what they do and how they do it, send an e-mail to membership@100bmol.org.uk.

The Black Training and Enterprise Council (BTEG) has started a nationwide Community Role Model Programme called Routes2Success (R2S) who’s aim is to connect 1200 young males aged between 11 and 25 with a volunteer force of successful black male role models to raise aspirations and encourage participants to follow the best routes to learning and career success. The objective is simple: to help improve education and employment outcomes and keep our young males away from the criminal justice system. To discover more about them go to

If you’d like to read more about the issues raised in this blog post, check out my new book The Problem With Black Men, available now on Amazon.

Lee Pinkerton was born in London, the child of Jamaican and Guyanese immigrants. After studying Sociology and Psychology at University he spent the 90s as a music journalist, first as a freelancer for magazines such as Mix Mag, Echoes, and Hip-Hop Connection and then as the Arts Editor for ‘Britain’s Best Black newspaper’- The Voice.
In addition to this he also wrote a book the Many Faces of Michael Jackson published in 1997.
His latest book The Problem With Black Men examines the causes of the social problems facing Black men in Britain and America today.
He can currently be heard as a regular on-air contributor to the ‘ACE show’ on BBC Radio Derby and his political polemics and cultural criticism can be read on the blog-site The Black Watch and his daily musings on Twitter @_Runawayslave.