All year round, the likes of ISIS and Boko Haram have been hard at work trying to give Muslims a bad name. We’re a homogenous mass see… While concern is high that young Muslims and/or like in this hoax of a story young white teenagers are being radicalized and running away to Syria, there have been other significant goings on in the Muslim world, some as a direct result of these terror groups. Unless you’ve been living under a rock and/or hibernating, you’ll know that Muslims have been in the spotlight for various reasons, some good, some…not so much. Young Muslims in particular, have been having quite the 2014. 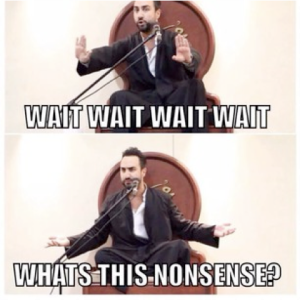 From Sayed Ammar Nakhawani to Nouman Ali Khan, young Muslims these days are getting more involved with their religion and putting speakers and scholars on a pedestal, while they’re at it. They’ve turned them into celebrities and their admiration is nothing less than the hero worship we see in fans of One Direction or Beyoncé. I wonder if they have posters of these celebrities up on their bedroom walls. Or is putting posters up SO 1989?

These have been all the rage this year. Adam Saleh, one half of Youtubing duo TrueStoryASA, seems to get mobbed by young hijabi girls wherever he goes, in England at least, like this, when he got mobbed at Hyde Park. I didn’t even know who he was until I read about the incident. I really need to get out more.

Taimour Fazlani wrote this compelling piece about beards and how he feels stigmatized as a non-white, bearded man. *Sigh* if only all young Muslim men put that much thought into their beards and what it symbolizes. But alas, 2014 has seen the rise of young Muslim men for whom the beard is nothing but a symbol of acceptance within the Muslim brotherhood (not the Egyptian Islamist movement) and is also a sure fire way of gaining the attention of young Muslim women. There is also huge competition among these men about how thick or long or dark their beard is. Hate to break this to you guys, but how well your beard grows is no great achievement on your part, you had no say in your biological make up, so relax.

Since the hijab has been written/talked about so much this past year, and probably every year since the beginning of time, I’ll spare you from reading about it some more, but definitely a massive 2014 Muslim trend. #HijabisEverywhere 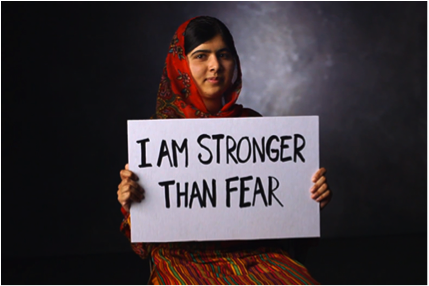 Only the youngest ever Nobel Peace Prize winner and possibly one of the bravest young women alive. She’s Muslim, and she was huge in 2014, so she counts.

You should, because it sparked up a colossal debate amongst all kinds of Muslims, which seems to happen with everything Muslims do these days anyway, so I guess it’s easy to lose track. But the Muslim hipsters or ‘mipsterz’ as they were lovingly called by the makers of the video succeeded in showcasing to the world a new generation of young Muslim women. And say what you want about it, but skateboarding in high heels is quite a talent.

7. Happy Muslims: and then there was this video.

Another one that probably had the entire Muslim world in a frenzy. We had dancing Happy Muslims from England to Singapore! All debate and controversy aside, one great thing that’s come out of this is that we now know that out of all the Muslims in the world, British Muslims are probably the best dancers. No seriously, they are.

So smoking cigarettes is still considered a very, very bad thing amongst a lot of Muslims and there’s lots of debate about whether it’s even allowed. While the fate of the cigarette is very uncertain in the Islamic stratosphere, young Muslims have now resorted to killing themselves softly in a supposedly halal way aka Shisha, with cafes popping up literally everywhere. But do they know that health wise, smoking shisha is way worse than smoking cigarettes? Hey, don’t take my word for it, read more about it here.

Do you remember when kids used to sell lemonade and homemade cookies for charity? Yeah not the case anymore by the looks of things. Charity is obviously always a good thing, and Muslims are great at it, but it appears as though in 2014, it’s been more about having an epic adventure. Forget about slaving away at a kiosk selling lemonade all day, all you need to do is create a JustGiving page, tweet about it, raise funds and go bungee jumping or mountain climbing. And then there’s me, compiling a list of what Muslims have been up to. #Boring

Where there’s a Muslim twitter, there are bound to be Muslim twitter hashtags. My favourite one is #TeamFajr. Fajr is the morning prayer, the first of the five a day that all Muslims are meant to pray. Every morning at dawn, if you’re an early riser or a really, really late sleeper, you’ll see people tweeting this hashtag. It’s as if it is part of the compulsory prayer and the rules have changed as of 2014 and prayer will no longer be accepted without the appropriate hashtag. 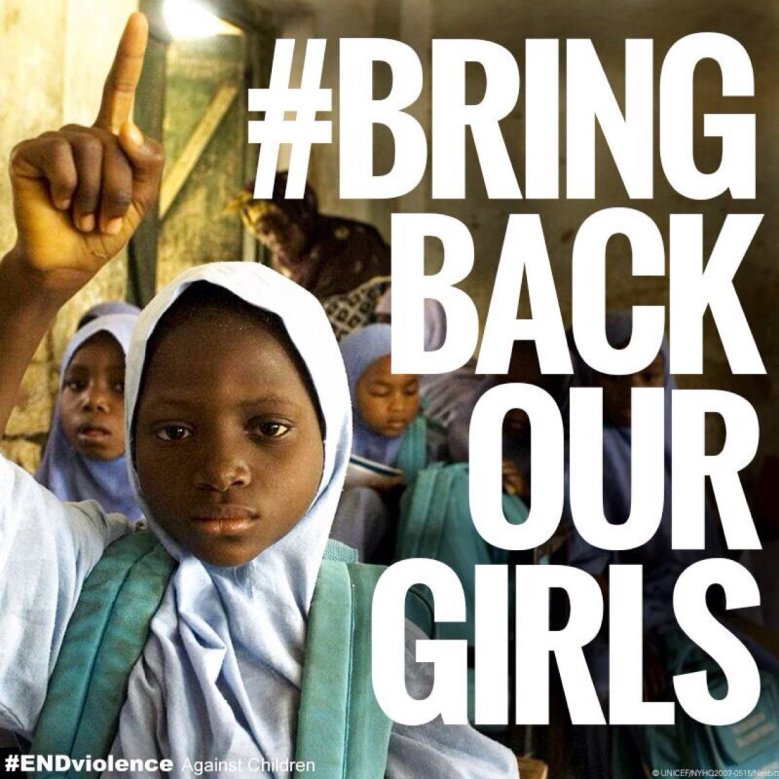 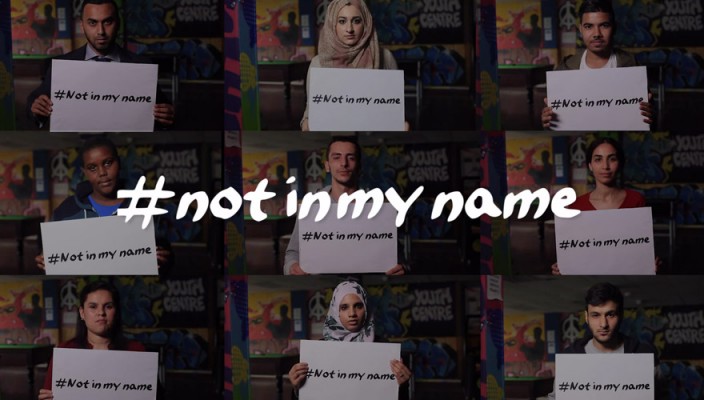 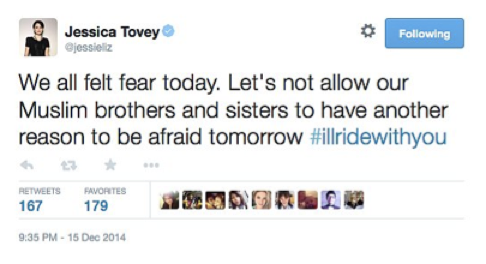 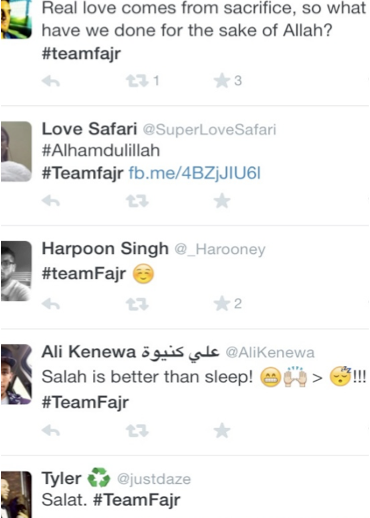 There were so many significant Muslim twitter hashtags this year, it deserved two spots on the list. Young British Muslims took to twitter with the #NotInMyName hashtag to denounce ISIS and their terrorism. #BringBackOurGirls was another one used when Boko Haram kidnapped over 200 schoolgirls, #MuslimApologies was the Muslim world’s extremely sarcastic and uber funny response to Islamophobes everywhere (had me in stitches this one). The most recent one was #IllRideWithYou, which for the first time all year, wasn’t created by Muslims to defend themselves or raise awareness for their own religion. It was a non-Muslim who genuinely wanted to help and that’s what made it so heart-warmingly successful *sniff*.

These keyboard ‘sheikhs’ have cropped up all over this year and they love taking to twitter mostly to tell girls how they should be covering their hair and comparing them to everything from lollipops to Ipads. They also regularly troll others and dish out random fatwas to further enhance their self-proclaimed sheikh status.

And I don’t mean edible beef, although I’m sure most Muslims enjoy that too. I mean good ole Sunni-Shia debates, where everyone thinks they’re qualified enough and mature enough to actually engage in a debate and still remain civil. They’ve been wreaking havoc on people’s timelines all year and I often see people on my own timeline complaining about this “beef”. This is when I thank the Sunni/Shia God (I think they still agree there’s only one God, but who knows), that I don’t follow such people. 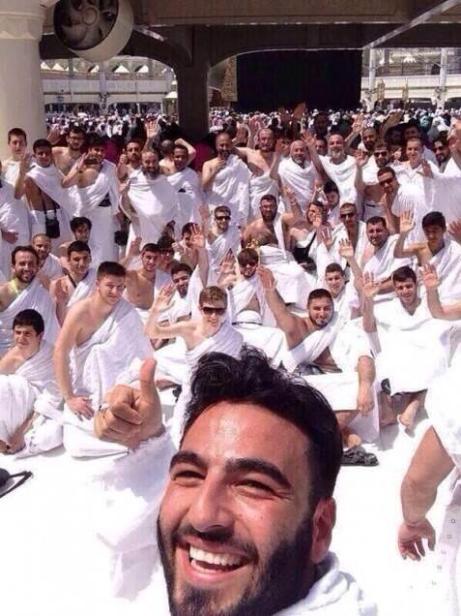 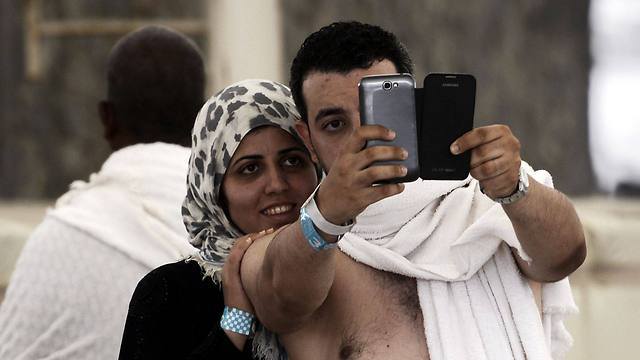 Last year the word ‘selfie’ was added to the dictionary this year the ‘Hajj selfie’ was quite the controversy for Muslims. The Hajj, pilgrimage to the Holy Kabah in Mecca, is mandatory for every Muslim at least once in their lifetime. It’s supposed to be about focusing on your spiritual self rather than your physical self. So you can imagine the chaos when people who are meant to be participating in the holiest act that any Muslim can perform, are engrossed in taking a selfie. Ironically, the Hajj is performed in the last month of the Islamic calendar, what a way to end the year huh!

Rubab Zaidi is a freelance writer who is currently working in Sales and Training. She loves shopping, fashion (especially the modest kind), and socialising over cups of tea. She is an eternal optimist and believes that good communication skills can make life so much easier. She is a single mum to a beautiful boy who is her biggest fan. Life has taught Rubab to prioritise her own health and well-being without paying heed to the opinions of others. She tweets at @Ruby2805.