The BFI’s Black Star Season has been very overwhelming. As someone not used to seeing so many people whom I resemble on screen, it’s been emotional having my experience (and my physicalities) reflected in such glory.

In the past month or so I have been able to discover so many beautiful actors, filmmakers, writers and activists – from director Ngozi Onwurah (whose short films Coffee Coloured Children and The Body Beautiful are both available via the BFI’s

online player), to Paul Robeson, a black, American-born actor, singer, athlete, lawyer and political activist whose legacy spans across the Atlantic. With the BBC also running their own Black and British season throughout November, sometimes I’ve not known where to direct my energies as I haven’t wanted to miss any of the wonderful events and screenings available. One thing I have done, however, is read all of Media Diversified’s series of essays on the Black Star season.

Grace Barber-Plentie, who edited the series, kicked everything off with her piece, titled ‘Why do Black Stars Matter?’. Her analysis touched upon the fact that even today black stardom is a strangely limited field. “[It] says a lot about the misogynoir of an industry that can see Viola Davis and Octavia Spencer only just beginning to get their dues after years in the industry, and the one black winner of the Best Actress Academy Award mocked due to her emotional speech and cast off into nondescript bit parts and superhero films,” she wrote; adding that the weird quirk which sees black actors only ever compared to other actors of the same race, 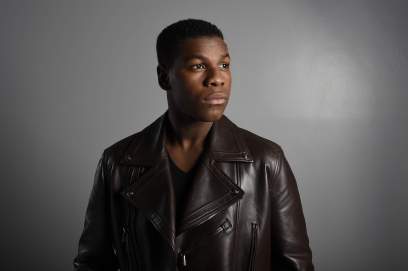 needs to be addressed. “For John Boyega to be compared to say, James Dean is an utter impossibility,” Barber-Plentie surmised.

Despite this, for me the most empowering, but scary, part of the Black Star season is how standard this feeling of belonging, of learning about my ethnic identity, has become. It’s the new normal; settling down to watch Angela Bassett in What’s Love Got To Do With It (1993) on a Sunday evening, crying for Whoopie Goldberg’s Miss Celie in The Color Purple (1985), or marvelling over the strangely forward-thinking punk documentary focusing on race in 1970s Britain, Divide and Rule – Never! (1978). I’m scared of what it’s going to feel like when we return to everyday programming. Even though there are still plenty of events coming up – like B’DAY: A Beyonce Symposium, December 11, Sir Lenny Henry in Conversation on December 13, and Black Stars of British TV: a discussion with actors, featuring one of my faves, Zawe Ashton, on December 18  – at some point it has to end.

Some of the most successful events have been the BFI’s Black Star Hip-Hop Weekender, Iconic Black Womanhood: Josephine Baker and The Evolving Image of Black Women on Screen (a salon discussion hosted by Black Cultural Archives

following a screening of Baker’s film Zouzou, 1934), and African Odysseys present: Beyond Nollywood. Having sat through (literally) ten hours of constant Nollywood on the Rok channel while getting my hair braided at my hairdressers house, the latter event, curated by Nigerian film-buff Nadia Denton, was a particular pleasure. While Nollywood certainly has its merits, it’s good to be made aware of the more delicate films coming out of the continent.

As Denton said herself in an interview with Afridiziak, “I would say aside from the communities that patronise these films, no there isn’t a great deal of recognition for the industry. Occasionally you have a break out film like Half of a Yellow Sun where it has something unique about it that means it garners a wider interest. But that’s quite rare.”

It’s obvious that we still have a long way to go in understanding and representing black people adequately on film. Varaidzo touches upon this in her essay, ‘“Except for the afro”: The surprising importance of Pam Grier’s hair’. Depictions of black women in particular are still being held back – perhaps by the dominance of white, misogynist directors, perhaps due to wider issues bound up in the hyper visible, yet invisible, place we hold in society. 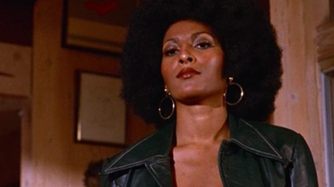 over the years. “By being bold enough to assume that Jackie [Brown] once had an Afro and now she does not, it almost seems to suggest that Jackie, in her middle-age, has succumbed to the power of Eurocentric beauty and conformity,” she writes. “One would assume that time would have meant it has become more acceptable to see black women doing and undoing their hair, not less. Yet this surprise is nothing when pitted against the power of hair styling in Foxy Brown.”

In Lydia Ogwang’s essay, ‘Ganja and Hess: Reimagining the possibilities of a black female lead’, she takes it a step further, exploring the fact that “the female body, and especially the Black one, has long been the target of exploitation and eroticization, and a site of pain as such”. And in Marly Pierre-Louis’s essay, which takes a look at ‘Black Masculinity on the Silver Screen’ and focuses on one of my favourite, mildly subversive new films with a black lead, Dope (2015) – starring a lego-haired Shameik Moore – as well as Belly (1998) and Boyz n the Hood (1991), she explains how “masculinity can be weaponised by one and swiftly and thoroughly stripped from another”.

The final thing that I am grateful for when it comes to the Black Star season is that it’s reminded me that I need to be proactive in seeking out cultural and social markers of my heritage. I’m embarrassed by how much I’ve had to learn from this series – albeit very happy that I’ve been lucky enough to witness it flourish. Ashley Clark, the BFI Black Star season programmer, should be very proud of what he’s achieved.

Charlie Brinkhurst-Cuff is a freelance journalist and the opinions editor at gal-dem.