by Amal Abu-Bakare and edited by Xavia Warren Follow @nawalabu_72

This past October, while reading Homi Bhabha’s The Location of Culture, I came across the following poetic verse:

Originating from Eastern War Time, a poem by the radical feminist Adrienne Rich, this verse was highlighted by the famous literary critic and postcolonial author as an important example of a ‘peculiar political stance’ not to be undermined.[i] For myself, Rich’s words invoked a personal reflection on my own political stance, as a person of colour trying to locate myself in the academic field of International Relations (IR).

IR is the scholarly pursuit of knowledge about the international: its politics, its history, and its events. I originally pursued this area of study whilst trying to understand my own politicized experiences as a racialized Muslim woman growing up in the post-9/11 era. Despite a Eurocentric and male-dominated ethos, what ultimately convinced me to stay in IR was my exposure and inability to detach from what was first described to me as the politics of the ‘postcolonial’.

A lecturer holding up a roughened paperback copy of Edward Said’s 1979 acclaimed work Orientalism originally introduced me to postcolonialism. Said was a Palestinian-born, American-educated author who used philosophy, art history, and literature to address political theory. Hearing Said’s words being re-iterated back to me in my predominately white and conservative-leaning lecture theatre was a defining moment in my education. Orientalism provided an experience that I could finally connect with: one where political power was not about who had the most weaponry or democracy, but instead about who held political control over the reality of the racialized person.

By the age of 19, I had both been victimized and empowered by my own experiences of racial violence. Growing up in Northern Canada but immigrating from Saudi Arabia, being Muslim yet being visibly black, had serious consequences for both me and my family—consequences that I had clumsily yet actively overcome. By the time I encountered postcolonialism, I had been starving for some intellectual recognition of my experiences of discrimination. I had been looking for some academic validation that the racial hierarchies I noted in my everyday life were not small, and that they instead mattered and informed history on a global scale.

I soon found that Said’s Orientalism was only a tip of the iceberg to an entire interdisciplinary gateway of theory focused on present and historic experiences of people of colour. For me, postcolonialism stands as a broad interdisciplinary arena of political examination and explanations of racialized violence, directly addressing the mentality of the European, of the Settler, of Whiteness, and how it reaffirms itself in today’s society. For the scholar of the postcolonial, the racial discourse of antipathy between ‘civilized’ people and ‘savages’ established during the colonial era remains seminal to contemporary international relations, albeit in mutable forms. It is, for instance, present in the discourse of enmity that exists between those who wish to ‘make America great again’ and those categorized as ‘terrorists’. The objectification of the black body described by postcolonial authors like Frantz Fanon in Black Skin White Masks (1952), is present in the objectification of the black body decried by Ta-nehisi Coates in Between the World and Me (2015).

However, this personal connection with the postcolonial has also been intellectually, and at times emotionally draining, due to the pedagogic and heavily racial gatekeeping that so often characterizes the teaching of IR in academia. The decentering of primarily ‘white’ explanations of the way the world is has been a historic struggle that postcolonial authors have taken on; a struggle that continues to make headlines. Most recently, we see this within the controversy at the School of Oriental and African Studies (SOAS), where students are fighting to address the absence of non-European thinkers in their institute’s curricula, demanding a more critical reflection of race in their studies.

Their resistance brings me to call out a similar dilemma that exists in the IR classroom, as academics that teach postcolonialism continue to water down the significance of ‘race’ to the field. There is a major problem with the pedagogic way in which postcolonialism is continuously presented to students without proper discussions of racial experience and racialized structures of power being upheld. Instead of postcolonialism being centered around the significance of colonial and contemporary violence to the racialized body, postcolonialism is instead presented as a problem of linguistics and semiotics, i.e. an essentially white critique of language and reason.

Poststructuralists and critical theorists are generally blamed for this, but there are several postcolonial identifying scholars who are guilty of this as well: saying that to be considered ‘valid’, the experience of racialized violence acknowledged in postcolonial theory must first be understood through the realm of literary criticism and French and German philosophical debates of the 20th century. In this way of thinking, the issue of racial experience is detached from the bodily trauma described by African, Caribbean, Arabic, and South-Asian authors in their work, and is instead taught as essentially deriving from their white educational influences, their ‘teachers’. One such example would include the controversial relationship between postcolonial scholar Edward Said and Michel Foucault. 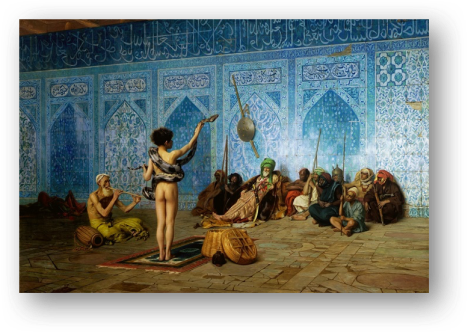 Poststructuralist icon and French Philosopher Michel Foucault is critically acclaimed for his arguments concerning the relationships between power and knowledge, particularly those found in his series of lectures on the History of Sexuality. Said was visibly influenced by these Foucauldian ideas in his work Orientalism, yet he remains distinct from Foucault in his insistence that the relationship between power and knowledge serves as a key element of Western political strategy, where the power of knowledge, although initially abstract, was eventually implemented towards a real material project of domination over the racialized ‘Other’.

Yet, as a result of his Foucauldian influences, Said’s work has for years, despite his own protest, been accredited to poststructuralism. Those who influenced Michel Foucault are never mentioned, yet Said’s realization is always attributed to Foucault. This same trap has been used to ensnare other postcolonial authors including Frantz Fanon (within Jacques Lacan), Homi K. Bhabha, (within Jacques Lacan), and Gayatri Chakravorty Spivak (within Jacques Derrida).  It has reached the point where my colleagues have asked me how I can say I properly understand Orientalism when I never fully studied Foucault in-depth. How can I discuss racial difference (ignoring that I am a racialized person myself), when I ignore one of the most influential anti-binary philosophers [Derrida] of the twentieth century?

As a person of colour, I can say that it has been difficult to process these incidences of intellectual racism, where it is argued that an experience of racial violence that people of colour know all too well, must first be validated by the pen of someone’s much older and whiter hand, and that the racialized authors I take pride in are never a true product of their own subjective experiences of alienation but are instead products of their white education.

And what does this mean for students of colour sitting in the classroom learning today? We must consider the repercussions that our actions have when Orientalism no longer ‘belongs’ to the racialized person attempting to understand their circumstances, but instead to the white philosopher reaffirming that their way of understanding the world should be taught as gospel. What does it mean when racial marginalization becomes reduced to a more general, abstract, and philosophic problem of linguistic oppression —instead of the very real material and bodily oppression that it actually is? What happens when the racialized student who picks up Orientalism before reading History of Sexuality is told they are learning the ‘wrong way’? What are we encouraging when the lived experiences of students of colour and the validity of other racialized and accredited scholars are regularly undermined, and we are told to instead go looking for racial consciousness in texts on logocentricism and western metaphysics? 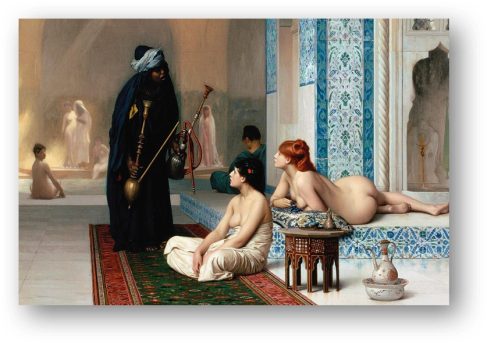 Unlike most academics of IR, as a person of colour I have not had the privilege of viewing race in the abstract. Nor do I want to. There needs to be an awareness of how demoralizing it is to be made to vocalize your own experience of racial violence through the tone deafness of texts on linguistics. What may instead satisfy students of colour is the ability to stand their ground conceptually, using explanations of politics shared by writers who straightforwardly write on the racial experience and the complexities of existing within a world order governed by white supremacy. And if academics of colour writing on the racialized experience are to be linked to white authors, let it be in a way where we learn from each other, where it is the racialized person that instead teaches the French philosopher that…

Racism operates by the determination of degrees of deviance in relation to the White-Man’s face, which endeavors to integrate nonconforming traits into increasingly eccentric and backward waves, sometimes tolerating them at given places under given conditions, in a given ghetto, sometimes erasing them from the wall…[ii]

My own intellectual journey has taught me that it is not the knowledge that we are given that creates us, but instead what we do with that knowledge, and I take that message seriously. I stand in my own poem of intellectual thought, unsatisfied by the nature to which I too, like Said, like Bhabha, like Fanon, will one day be questioned about which academic I ‘really’ attribute my knowledge to.

If and when this happens, I hope to be brave enough to attribute my knowledge to the traditions of authors of colour, to their collective and ongoing resistance to white intellectual thought, and to their efforts to reclaim the racial experience within postcolonialism, pedagogy, and the study of IR.

Amal Abu-Bakare is a doctoral student at Aberystwyth University, studying racialisation and counterterrorism in the context of International Relations Theory. She identifies as a Black Muslim Feminist, and is interested in social justice, art, and media projects that address the intersections between race, gender, and religion. Amal frequently writes and comments on the politics of race on Twitter @nawalabu_72 and her blog colouredacademia.

3 thoughts on “Reclaiming ‘race’ in postcolonialism: A personal reflection on the politics of the racial experience”