In late 2012 I obtained my PhD in human evolutionary, molecular, population and medical genetics. I specialised in human genetic diversity in sub-Saharan Africa. Prior to this I spent a year studying for my Masters in Medical Parasitology and Infectious Diseases; as part of this degree I lived in the Philippines and worked in malaria research.

It has been an interesting path; a scientific research career is not for the faint-hearted, it really does take over your life. It requires the utmost dedication to be successful in your field. I found a research career incredibly rewarding. I ended up pursuing a research career despite wanting to be a medical doctor. Looking back, I really don’t think I was ever cut out to be a medic.As a medical doctor, you don’t always have the time to obsess over the details, you remember your training and act accordingly – and rightly so. As a researcher, the devil is in the details. If you ever wonder why researchers spend so much time on one particular aspect of research, it’s because they are relentlessly trying to get to the answers, and they can’t do that until they know exactly what the problem is in front of them. Unsurprisingly, when they do finally have the answer the entire story becomes yet more complicated, but that’s part of the fun.

I didn’t get a job after my PhD for about six months. For the first four months, I was finishing writing scientific papers for publication. As the months rolled on, I began to realise just how difficult it now is to get a job in academia. Since coming to power in 2010, the UK government have repeatedly stated that they will freeze research funding. In a budget announcement, early in 2013, George Osborne said that scientific research was vital to the economic performance of developed nations. What he didn’t mention was that the proclamations of a freeze in research funding actually overlook the £276 million that has been wiped off the annual scientific research  budget for the UK. George Osborne’s statement on the importance of scientific research contradicts government policy; a freeze in research funding does not account for inflation, so in real terms the amount of money has stayed the same since 2008, but its value has decreased. 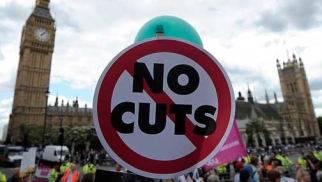 The reduction in research funding has been particularly problematic for new PhD graduates who are hoping to start a research career. In academia the truth is that a large aspect of succeeding comes down to luck, funding and current research trends. That’s not to say that people at the top are not talented, it’s that there are a lot of talented scientists who leave as a result of the poor career stability and structure .

Despite this, at the time I wanted to stay in academia at least for a little while, but after about three months of looking for a postdoctoral research position I decided to try to find a job in another sector, and started a job as an editor for a scientific journal. My job is very rewarding, and I get a broad overview of genomic research, which includes everything from medicine to evolutionary biology. Sometimes when I tell people that this is what I do, they look at me as though I am a failed researcher. I don’t blame them for this; in academia it is ingrained that if you don’t succeed in research then you are a failure. The problem with this is that it overlooks that less than 20% of PhD graduates ever go on to establish their own laboratories .

Since leaving scientific research, one of the most rewarding things that I have been able to do is to pursue more philanthropic interests. Recently, I established “The Lifting the Veil Project” , and was interviewed by The Quail Pipe . I wanted to try and give something back and see what else I could set my mind to. I think that it’s a rare opportunity to be able to do something that you really love and enjoy, particularly these days, and I understand how lucky I was to enjoy my research career and my scientific and philanthropic pursuits now.

I have been very fortunate to find something outside of research that I really enjoy. However, it is now a sad reality that many people are now being put off pursuing a research career, or even going to university because of increased costs. In tough economic times, it is always the most vulnerable sections of society who suffer; between 1997 and 2007 the richest 1% of the world’s population increased their net income by 275%, whereas in the UK (the seventh richest country in the world), disabled people have seen their living standards fall, average wages have been stagnant for twelve years , trade unions have been vilified in national right-wing media , and the Red Cross now distribute food parcels to families who have been hit by severe cuts .

The disadvantages faced by those on low incomes are further magnified when race and gender are added to the mix. Since women and ethnic minorities are already underrepresented in so many areas of society, including scientific research, the cuts and ‘budget freezes’ will only serve to harm these people even more . By limiting access to higher education and research, we risk returning the days of when universities were the playgrounds of rich white men.

As the government have scrapped Educational Maintenance Allowance, and raised tuition fees the possibility of obtaining an education is becoming an ever distant dream for the vulnerable, disadvantaged and destitute. Added to this, a UK government composed largely of rich white men who have not only driven people to destitution, but also employ advisors, such as Dominic Cummings , to help justify their decisions. 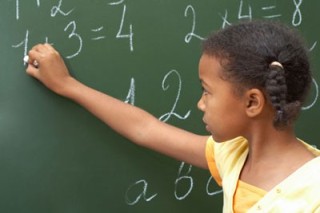 Cummings claimed that genetics outweigh the impact of teaching, and no matter what you do to try and aid certain pupils, they will never live up to the potential of their “genetically” more intelligent peers. What Dominic Cummings has deliberately overlooked is the importance of the environment in determining outcomes. Take the example of two children of the same age and place them in a similar school environment in the UK, if one of the two students is from the growing number of individuals who are reliant on food parcels from the Red Cross, but the other has never known hunger in his/her life, can we really compare the progress of the two at school? Suppose that in addition to being hungry, the first student has been subjected to abuse, a broken home, or other regular periods of stress in their early life. A recent study from a group at Harvard University found that children who were exposed to extreme, and lengthy, periods of stress were likely to develop weakened stress response systems and altered brain architecture, which often had lifelong repercussions. Even considering just these factors, the effect of genetics is outweighed by environmental effects. It is impossible to compare the progress of either student unless we consider their environment.

It should go without saying that everyone should have opportunities for education, no matter the contribution they make to society, but who knows the number of child geniuses who are being denied the opportunity to excel because of their economic and social circumstances. Not everyone is as privileged in society, but it is extremely dangerous when the disadvantaged are further demeaned, vilified and ostracised from their rightful opportunities. The cuts in research funding, like those which have been implemented across society, undoubtedly target the most vulnerable people in society. Scientific research will not benefit from having less diversity, yet this is a lesson that the UK government refuse to learn. As a result they will only undermine the UK’s reputation as an epicentre of scientific research.

It is for this reason, that I sincerely hope that more people from diverse backgrounds choose to go and pursue careers in research, but I also understand that as scientists we have to find talented people from all background. After all, some of the most high-profile and best scientists in the world came from disadvantaged backgrounds, and they had answers that really changed science and medicine.