You have to have ego if you are a comment writer. You have to have ego and access to be a member of the columnist class, though. A small circle of very privileged people, some from working-class backgrounds but most from middle-class, public-schooled, redbrick educated silos.

These (ubiquitously) spotted beings get to impart their wisdom and insights to the public at large, knowing whether they promote their work or not it will get read by virtue of the legacy titles they’ve managed to ensconce themselves in.

That’s what unites the columnist class as opposed to those of us at the edges of it. It seems like the pay cheques that they take home should subject them to some accountability, but instead, it’s usually us living and writing in precarity — such is the nature of comment.

Who are these columnists? Recently, everyone on UK media twitter turned to their incognito browser to flick through Time’s columnist Giles Coren’s profile as he blithely issued threats to Michael White, a veteran of The Guardian – challenging him to a duel I think – only to be frustrated when it turned out Coren’s quick-thinking but no doubt long-suffering wife had wiped all evidence of his night’s binge.

Coren has form for punch-drunk witterings of “a consistent pattern of misogyny, racism, bullying and general hideousness over many tweets and articles over many years” as food blogger Chris Pople noted. Eater journalist Jonathan Nunn has valiantly chronicled it in excruciating detail following the furore which erupted when Coren filed his latest review — of Kaki, a new Sichuan Chinese restaurant in King’s Cross beginning with a mocking depiction of Chinese language.

Nonetheless, egos aren’t just for white men starting duels. I have one too. It’s left muttering and cursing when commissioning editors and gatekeepers send me advice to ‘read my work aloud’, even with my list of bylines. But it earns her keep in a way that a lot of mainstream staffers don’t. Take for example my recent article for the Telegraph which found itself most read on their website the day after it was published. Seriously look at this. Even if Michael P Deacon was having an off day (we can’t all be all day hilarious every day) the disparity between comments and supposed clicks between me and the Telegraph’s star blogger (after Boris Johnson) who was just shortlisted alongside Caitlin Moran and Hugo Rifkind for witty commentator of the year is stark.

I wrote a wry tweet recently, an observation about how I’m sure my writing is better than many of my white peers, but even so it gets passed up by commissioning editors in favour of mainly white writers who have had every opportunity handed to them on a plate, and by now have a far better track record for writing articles for the mainstream than me. There’s my ego. I attached it to a Charlotte Brontë quote knowing it would temper my message and maybe make me look less egotistical:

“But when one does not complain, and when one wants to master oneself with a tyrant’s grip — one’s faculties rise in revolt — and one pays for outward calm with an almost unbearable inner struggle.”

I am not a member of the columnist class because I haven’t scored that unaccountable patronage that can weather even the storm of inciting hate crime. The kind that you can utilise when you have been around for as long as Lord Finkelstein or Hugo Rifkind. Whilst I earned the most I ever had in my life working as a general labourer in construction it was nothing compared to Boris Johnson’s 23,000 quid a month propaganda slot.

Insulated as it is from the work of journalism which involves investigation and research, columnism likes to paint itself in the same realm. A part of its ego which as a former breaking news reporter, I am inoculated from.

Let’s use long time columnist Marina Hyde as an example of the columnist class. She was recently shortlisted for pretty much every Comment Award, including sports commentator of the year.  Last month, she wrote about Kavanaugh’s testimony

What Hyde had written whilst prescient, clever and heartfelt is columnism and Marina is part of the columnist class. I was loathe to point out to all and sundry who were calling it the best journalism they had EVER read that what the honourable baronet’s daughter had produced was not journalism.

There are three kinds of journalists (There may be more. Don’t @ me):

1. Breaking news reporters who go down to the scene, get interviews etc

3. Lobby journalists who are in parliament, get interviews etc.

In all seriousness, my middle-class white columnist peers have had more opportunities than I and other black working class writers have had. And will continue to have from cradle to grave. It was only through virtue of nepotism(one of my best mates who went to the same ex-polytechnic) did I get a foot in the door making 3 x 5 minute videos a week in a subcontract to Sky News and their now defunct satellite website Sky Showbiz. In its heyday it hosted videos of me filming interviews with Katie Price, Dita von Teese and Steps amongst others.

10 years later I founded Media Diversified. Then irony of ironies I was made a judge at the 2016 Comment Awards and spoke at their Comment Conference. Not that me being on the judging panel made a blind bit of difference in making the shortlist or winners more diverse.

But I got to judge THEM for once. Fast forward three years and they are at it again, i.e.

placing black and brown ‘thought leaders’ as the face of a parade of islamophobic and racist ‘best of’ nominations. With the Daily Mail’s Melanie Phillips shortlisted alongside Gary Younge and Nesrine Malik as Society and Diversity Commentator of the year. As former Guardian journalist and banker Dan Davies said “Omg. I would have thought that “not believing that British society is being overrun by Muslim immigrants” might be an entry level qualification for “Diversity Commentator Of The Year”. But no.”

The thing is, I’ve worked for my ego, but at the edges of columnism that’s not nearly enough. And neither is being eminently qualified to write a piece.

Last week I pitched to a white editor at the New York Times.

Time Sensitive Pitch: In light of Meryl Streep’s open letter on women journalists I respond as a former foreign correspondent.

It continued “Female journalists are vulnerable and come under a special scrutiny online…they attract the cowardly, the bullies, the brotherhood of bots and their easily aroused armies of haters” — Meryl Streep, calling for the defence of women journalists globally

I was a foreign correspondent working mainly for CNN when I lived in Uganda, travelled to Congo for Deutsche Welle TV. I covered the 2010 landslide in Eastern Uganda and terrorist bombing in Kampala for CNN.

On top of this double the amount of women journalists died in 2017 than in 2016. If that trend continues it will begin to look like not only are women journalists a target for gendered violence but their employers don’t care or the trend would be going the other way as they would be afforded protection.

In it, I pasted links to my previous writing for the Telegraph and the Guardian and linked to my films. That would convince them I figured. After all, they aren’t British gatekeepers, they might not guess I was a working-class motormouth, jack of all trades that lived on a council estate.

A mere two hours later I got a reply (a nanosecond in commissioning terms).

Thanks Sam. Will share with my colleague the gender editor and get back to you soonest.

To indicate my eagerness I replied almost immediately saying: appreciate the swift response.

Jumping up and down I told my friend who had given me the editor’s email address to me to tell him the goddamn NEW YORK TIMES had replied to me. I was just a little bit happy after a frustrating week where outlet after outlet turned me down. One outlet who had even contacted ME to pitch turned me down once the pitches were forwarded on to a white gatekeeper on the comment desk.

I continued my email to the editor:

In case you want to read it or the gender editor does here’s links to two chapters of my (work in progress) book.

That’ll convince them I thought.

Wrong Samantha. Naive Samantha. Soon after I received another email.

Thanks again for this. I’m afraid that after discussing it with my colleagues here that we will have to pass. But I’m sure you’ll find good placement for it elsewhere.

If not for the last 10 words I may not have burned my bridges with the New York Times. 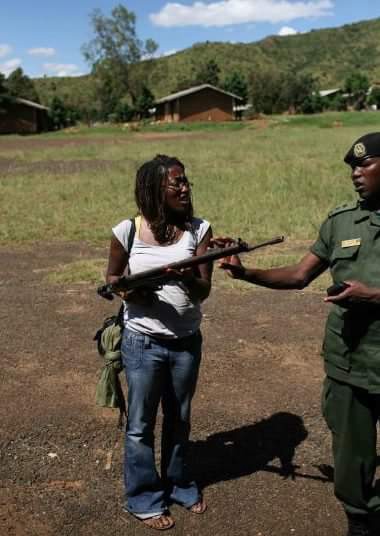 My reply started: Thanks …. That’s a shame. And no it’s unlikely I will place it anywhere else as both independent and mainstream publications with white gatekeepers are rarely interested in the writing of black women. Sometimes we get lucky and find one good person. I had to publish my last article on medium. Beyond Reproach? Labour, the left and white supremacy

And that’s despite my bio which personally I think has more value and life experience than hundreds of your or any other publications writers to be honest.

I left journalism because I had seen enough dead women, men and children to last a lifetime. While gatekeepers sit behind desks comfortable and ignorant.

My reply ended: Sorry if you weren’t expecting that but it needed to be said and feel free to pass it up the chain. I will also send this email on to the LRB when they reject the same pitch I sent to you. They rejected one last week on black missing and murdered kids last week as did Aljazeera, Telegraph and Prospect magazine.

All the best, Sam

I see what has happened to fantastic writers constantly producing game changing exposes and exclusives like Nafeez Ahmed and other brilliant journalists in broadcasting like Assed Baig who has reported from Central Africa Republic and Myanmar – to name just two – and I despair.

And don’t even talk to me about ‘left wing’ independent platforms.

Yet I feel free now.

So COMMENT IS AN EGO but in all likeliness if a black working class woman despite all the odds has got an ego, it’s because she has the CV to match it.